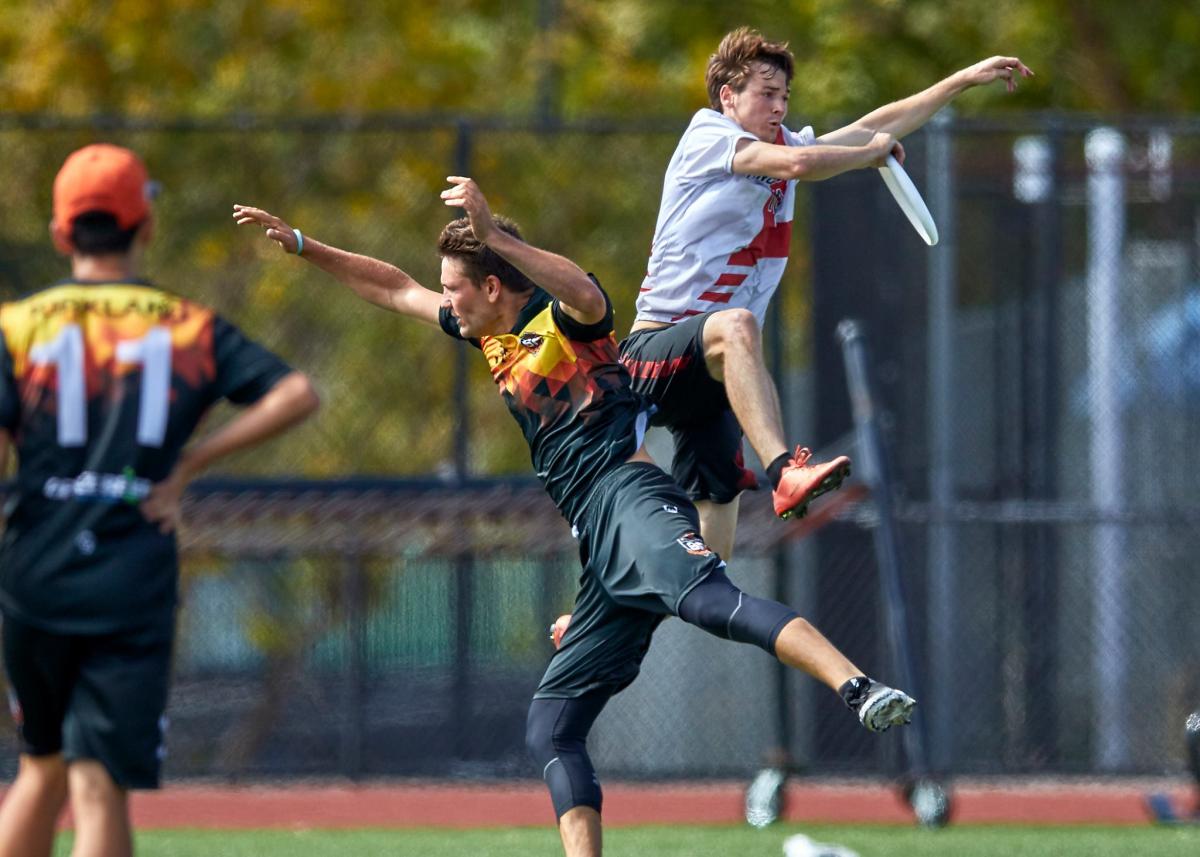 In three short years, Sean McDougall went from a baby-faced unknown, to a motor-mouthed assassin and a legitimate 2018 AUDL MVP candidate. He has been a highlight factory for the Los Angeles Aviators in 2018, leading the league in plus-minus (+93) and goals (61), while throwing 24 assists, and recording 23 blocks; the last number is good enough for fourth overall in the AUDL. To round out his career year, McDougall has rarely lost his team possession, committing only 10 throwaways and seven drops this season.

In his first pro season in 2015, McDougall showed the potential he was capable of, even if he was rough around the edges. He was new to the sport, playing his first year on a serious club team. He was so fresh that throwers on the team, including current players Mark Elbogen, Eric Lissner, and Michael Kiyoi, actually had to direct McDougall where to run, pointing on the field to direct him towards the correct cuts.

Despite his greenhorn status, McDougall put up 13 assists, 41 goals, and 18 blocks, leading the Aviators in plus-minus the first year of the franchise’s existence.

“You could tell he was very athletic, very fast,” Elbogen said of McDougall’s first season. “I think he was a little more raw of a player, and he's grown into his skin and his role. He's developed his throws a little better. Watching him grow has been cool. He's one of those pure athletes that you just say, go get the frisbee, and they figure it out.”

The next two seasons saw McDougall take a step or two backwards. He suffered injuries from overexertion, and had trouble recovering. He blamed his injuries on poor running form. Though McDougall suffered a partially torn hamstring and a partially torn right glute, he refused to sit out for long stretches.

“I was a typical ultimate player,” McDougall said. “My passion for the sport. You get hurt, and you think, I can play through this. It got so bad that I wasn't even able to run. Probably not the smartest idea.”

McDougall played in 20 games in 2016 and 2017 combined, which meant he had little time to heal. McDougall began to play on the defense, as he couldn’t rely solely on his speed anymore to beat opponents.

“It was an eye-opener for me, where I realized I can't be the fastest guy on the field,” said McDougall. “I can't beat 90 percent of the people, so I have to work on throwing, develop a quick step, or learn more about the game. That pushed me and drove me to be better.”

The Aviators have added premier talent to the lineup, rostering Eli Friedman in 2015, Tom Doi in 2016, and Chris Mazur in 2018, among others. Playing alongside such heralded players has boosted McDougall’s own game.

McDougall’s first memory of Mazur’s talent is when the two were throwing together, and Mazur threw exclusively “knuckleballs”, with discs dropping right to the ground when reaching the target.

“So this is a world-class player,” McDougall remembered thinking.

Mazur’s first memory of McDougall is equally sharp. Mazur tried to cover McDougall in a scrimmage, and the younger player constantly zipped past him, freeing himself at will. McDougall gabbed the whole time, his jaw matching the speed of his feet. Mazur specifically remembered thinking the younger player —still in college, Mazur believed—was a punk.

This year, McDougall is fully healthy for the first time in years. Though he began the year playing on the defense, his goal scoring talents were too prolific to not put on the O-line. In late April, McDougall split time between offense and defense against the San Jose Spiders, catching six goals and four blocks. Two weeks later, he was a full-time offensive star, throwing three assists and catching six more goals in another win over San Jose.

McDougall still dominates through his outrageous speed and quick-twitch style, allowing him to change direction far faster than most any other player. McDougall has also learned to hone his abilities into skill, adjusting himself to stay within the flow of the offense, and continually putting pressure on his defender and stretching the opponents defense. It’s now his greatest strength

McDougall doesn’t even think he’s one of the fastest players in the league. He claimed his teammate from past years, Bryan Nguyen, used to beat a healthy McDougall in sprints by as many as 10 yards. McDougall is slowly turning into an all-around talent, instead of simply a fast cutter. He believes he hasn’t even scratched the surface of his talent.

“That's the exciting thing about where I'm at right now,” McDougall said. “I'm maybe at 65 percent of what I can be. I'm coming into my full athletic ability around this age, and my game knowledge is just continuously increasing,”

“You have all this talent around you, and you just try to absorb that knowledge.”

More than the distant future, the 2018 Championship Weekend should be a coming-out party for McDougall. He’s far less of a known name than fellow MVP candidates Jay Froude, Rowan McDonnell, or Rick Gross. But with a chance to showcase his talents and lift the Aviators on a big stage, McDougall is ready to run.