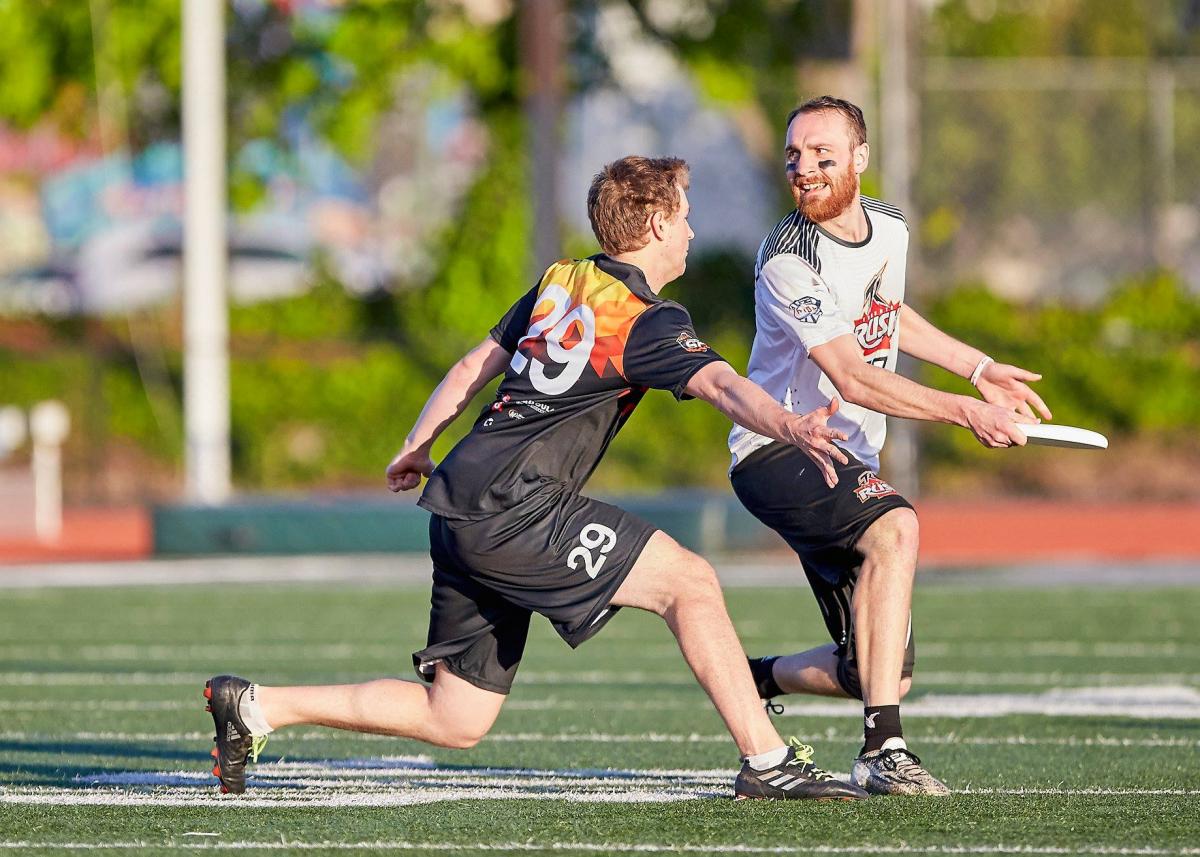 In the Toronto Rush’s first few seasons, the league was introduced to Isaiah Masek-Kelly. He’s one of the most versatile and explosive players for a Toronto offense that can occasionally have more skill than athleticism.

In 2015, Masek-Kelly and his 6’4” frame muscled to a 50-assist, 50-goal season—one of just three players in league history to have such a season—showing that he is capable of performing at a star level with or without the disc. Both marks are still franchise records for the league’s winningest team, and it established Masek-Kelly as a premier playmaker by his mid-20s,

However, the team kept on adding talent. The Toronto community has a huge player pool upon which to draw, and Rush rookies seem to be better and better every year. Masek-Kelly is a cultural bridge of sorts for Toronto—too young to be one of the veteran crew belonging to Thomson McKnight, Mark Lloyd, Jeff Lindquist, or Cam Harris; too old to be one of the young guns like Bretton Tan, Jason Huynh, or Connor Armstrong.

2019 will be a pivotal year for Masek-Kelly. He plans to take a step back in his playmaking role on the field to allow his younger teammates to grow. This past season, Masek-Kelly took on a new role as a defensive leader. After years making a name for himself for highlight reel plays, Masek-Kelly’s leadership became as valuable as his athleticism. Masek-Kelly can still take over, but he doesn’t have to be relied upon.

“It was a slightly different role for me,” Masek-Kelly said. “Us older guys don't have to do as much dirty work as we used to. We can help [the younger players] use their athletic skill to command the field more.” 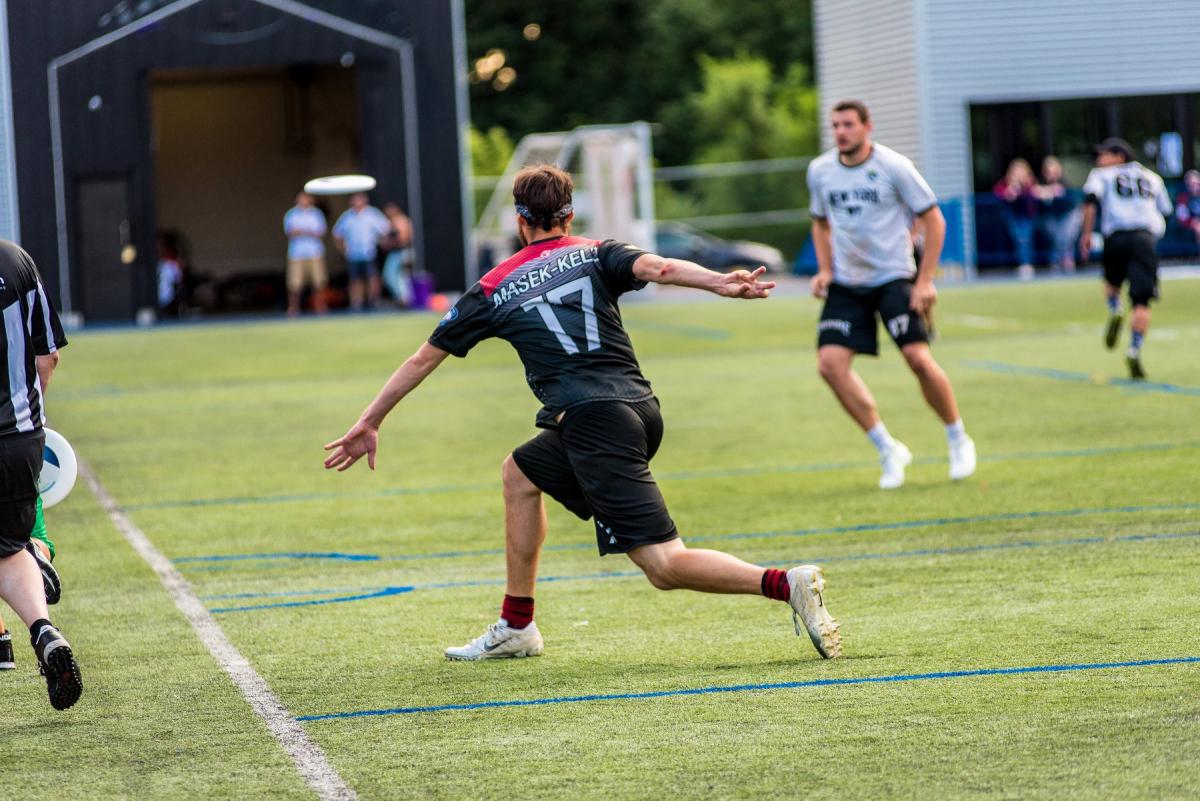 “I took my role as more of a general on the D-Line to set up the system,” he said. Masek-Kelly helped lead Toronto’s defense to the second fewest goals allowed in 2018. “I can push other guys to do some things, be more of a handler. No one told me to do it this way, but I got to the D-Line, I saw this is what needs to happen to make it better, and I just did it.”

Toronto was one of the AUDL’s most frightening teams heading into the playoffs last year. They stood at 13-1, poised to claim their sixth straight East Division title. Then the New York Empire upset Toronto 18-17—New York's first-ever win against Toronto in six seasons of play—in the East Division championship game behind a grinding, defensive gameplan. It added to Toronto’s string of playoff defeats since the championship in their inaugural season. Even so, Masek-Kelly has preferred the last several years to the unchallenged victories that were common in 2013.

“You know, I think I might enjoy [games] more now,” said Masek-Kelly. “You're not sure if you're going to win every game. We didn't make it to the final four last year, which is upsetting, but it's also good to have adversity and challenge yourself to keep things interesting… [2013] was fun, but, I much prefer to get pushed in competition.”

The team is looking to break the streak of playoff losses, and even if Masek-Kelly does allow youngsters more responsibilities in the regular season, he will be integral once more come playoff time. Masek-Kelly leads the Rush all-time in playoff assists, blocks, and points played. He’s always risen to the occasion, and 2019 will be no different. Masek-Kelly plans to be in better shape this season so that he’s more dominant in the fewer points he plays. 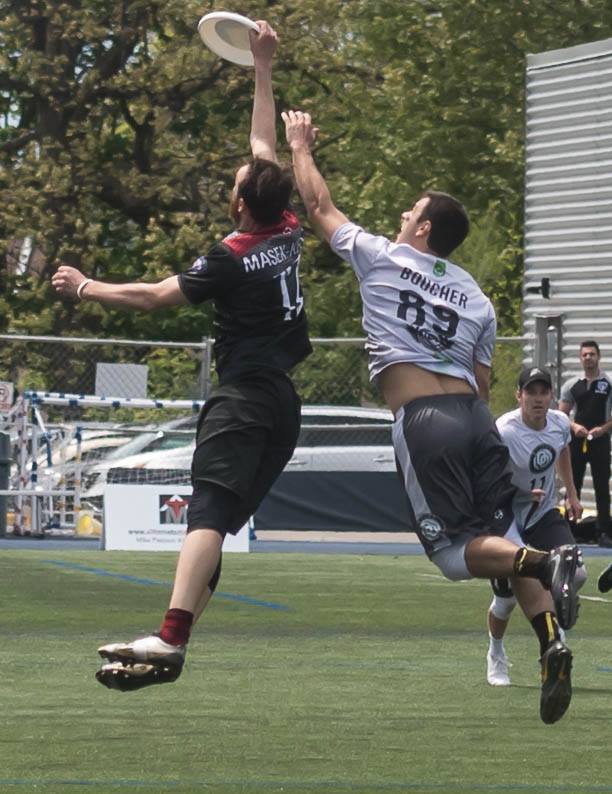 As always happens during the offseason, the team will undergo changes. For one, they’ll return to playing at their usual homefield arena, Varsity Stadium, situation in downtown Toronto.

“I got a gym membership right across from Varsity Stadium, so a little motivation there, to look at home field and work out,” laughed Masek-Kelly.

But one thing stays constant: when the disc goes up with time ticking down in a close game, there’s no one Toronto wants underneath it more than Isaiah Masek-Kelly.