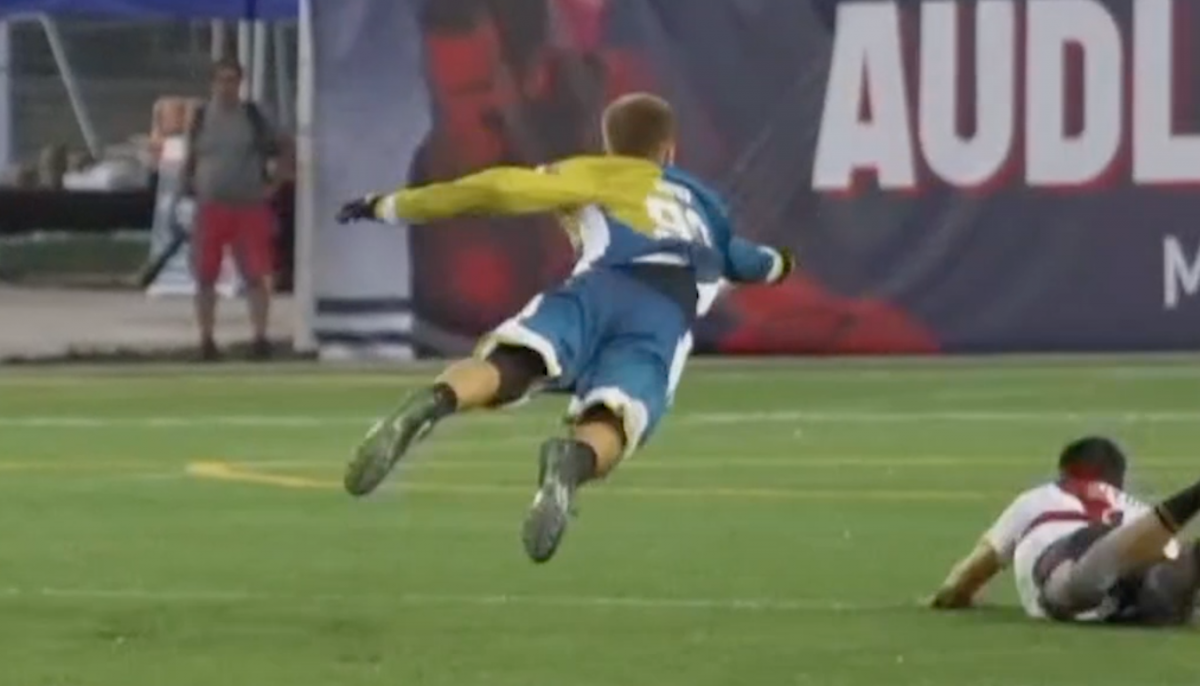 The Madison Radicals topped the Los Angeles Aviators 24-19 in the second AUDL semifinal on Saturday. Here are five quick thoughts.

Madison opened the game with all the fire and passion of a team who had spent all season preparing for this single moment: Playing at Championship Weekend in front of their home crowd. They were ready. Los Angeles hucked on their first offensive point, and Thomas Coolidge leaped over an Aviator to record a highlight block. Kevin Pettit-Scantling perfectly read a swing pass and jumped the lane on the next point. Peter Graffy did the same on the following point. Down 3-0, the Aviators hucked again. Though the offensive cutter boxed out his Radicals defender, Chris Wilen chased down the throw and leaped over both players for the block. Madison was up 4-0 before Los Angeles was able to process the start of the game.

The Aviators didn’t turf the disc. Madison created their own chances. The Radicals finished with only 13 blocks in the game, as Los Angeles improved their offensive performance after the first few minutes. Madison finished 14-9 in break chances, as their defensive offence was stellar. Vic Luo in particular was impressive at moving Madison’s defensive offence downfield, finishing with four assists. Luo attributed Madison’s early fire, however, to Pettit-Scantling.

“[Pettit-Scantling] really fired us up for those first four points. A lot of them had a lot of flashbacks to 2016. Our coach watches [that Seattle game] as some sort of torture,” said Luo. “[Before the first point, Pettit-Scantling] was just talking about, we're out here with the best fans in ultimate. We don't want to let those guys down again.”

2. Kevin Pettit-Scantling In The Clutch

When the fourth quarter began, Los Angeles was within a reasonable distance, only down 18-13, and playing quite well. Only a few minutes later, the game was out of reach.

After an offensive hold, Pettit-Scantling caught an incredible fly-by block, then cut into the endzone for the bookend score. He waved the disc at the crowd, pointed to his teammate Sterling Knoche for the chest bump, and finally knee spiked the disc into oblivion. The crowd roared. That would have been the emotional high of the game, were it not for the play that followed.

Every Radical with whom I spoke discussed that play, agreeing near-unanimously that it was their favourite play of the game.

“I'm really glad he got that because it's so representative of how hard he's worked,” said Kevin Brown.

For Pettit-Scantling, it offered after-the-fact justification for why he has such bizarre workouts before games: “My club coach just said that. I design the workouts, and he says, I don't know why you bear-crawl in practice for workouts. He came here, and he was like, 'I get it. I get it now.'”

The two teams could not have had more diverse preparation methods. Madison prepared for their specific opponent with vigor. Every player did film work, and the team broke down Los Angeles’ offensive and defensive sets. They learned them to such an extent that they simulated the Aviators at practice.

“At practice, we ran their sets, both O and D,” explained Tom Annen, simply.

The Aviators were solely focused on themselves. Chatting with Michael Kiyoi and Mazur before the game, I asked them about whether experience playing against the Radicals would help the Aviators.

Would Peter Graffy playing offence instead of defence change the dynamic of the game?

The Radicals entered Championship Weekend with an increased buzz about their offensive freedom. Players would finally let it rip, and athletes like Brown, Graffy, and Colin Camp would thrive with space to work.

Though that of course happened on occasion, Madison won by playing much more like their pre-2018 selves. The Aviators had a specific defensive gameplan to force Madison to play slowly.

“They almost always dropped off a deep defender, so our deep shots weren't always open, and weren't always there like they normally are, because they always had deep help,” admitted Kevin Brown.

Many of Madison’s offensive points lasted for 20 passes or more, as Madison’s handlers swung the disc continually forward. They used horizontal space well. Pat Shriwise dominated in the slower pace. He frequently handled for the Radicals, letting Annen and Ben Nelson roam more freely off of the disc. Shriwise threw 39 completions, five assists, and only a single turnover against the Aviators.

“Maybe we've finally gotten around this curve, where our chemistry, playing together for so many years, is finally paying off,” wondered Shriwise. “We're still a possession-oriented team. We have a lot of big throwers, but we possess the disc. That's what we do. Our defence over the year has been getting a lot more intense, but on offence, we possess the disc.”

“It is good to get another win outside of our division, because before we were 1-7,” said Kevin Brown. “I think it's just more of an annoying stat that I don't think represents how good we actually have been.”

The Radicals finally earned redemption. During the Seattle loss in 2016, they were winning 20-13 in the fourth quarter, before losing. At one point, they led by the same margin against Los Angeles, and Madison Head Coach Tim DeByl joked about his nervousness to his team. Madison scored to lead 21-13 after Pettit-Scantling’s crawl-block, breaking the curse in style.

Those jokes will no longer mean anything for the Radicals. They didn’t just beat Los Angeles on Saturday, but they beat the old ghost of the Seattle Cascades.