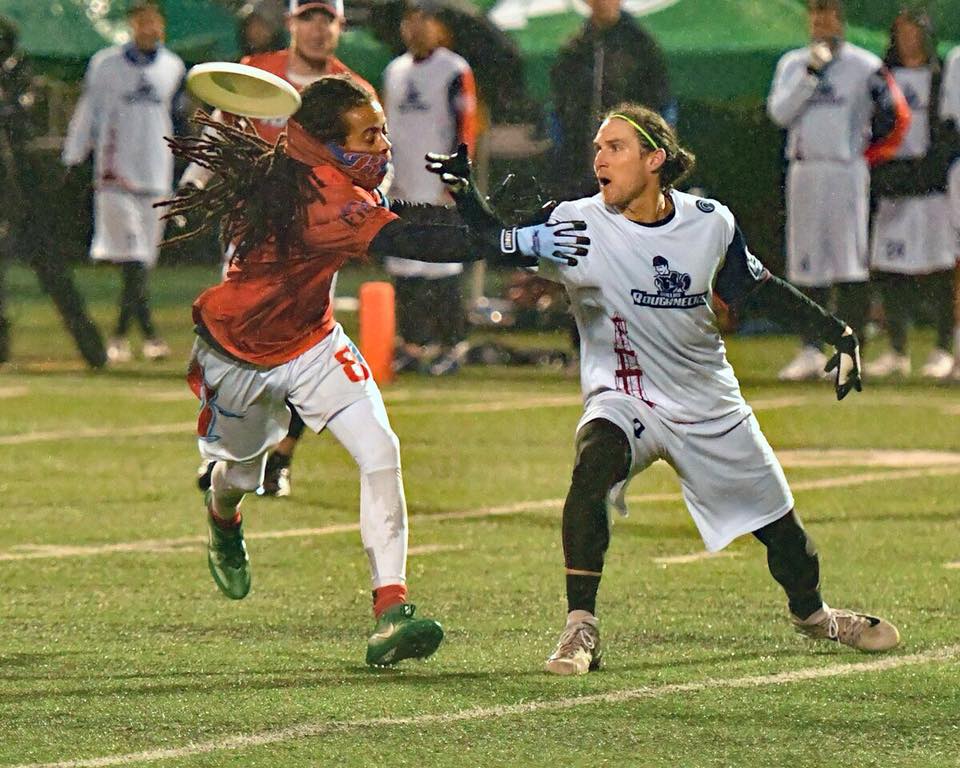 It’s impossible to repeat perfection. The 2017 Dallas Roughnecks found out the hard way that they wouldn’t be able to duplicate their 2016 success. They certainly were confident, despite having lost a few stars before the 2017 season began.

The 2018 roster is less bold, if no less confident.

The perfect 2016 Dallas season is ancient history. Long gone are stars like Cassidy Rasmussen and Beau Kittredge, who joined San Francisco for another AUDL championship in 2017. Entering 2018 even more superstars departed, including Dylan Freechild, Jimmy Mickle, and Kurt Gibson.

The team doesn’t feel like they’re playing against the ghosts of their past. Previous leaders are gone, but the team’s focus is forward. The Roughnecks aren’t broken—they’re renewed.

“We all kind of bought into that idea,” Roughnecks first year player Chris LaRocque said. “We weren't losing these great players. We were, on paper, but in our minds we were just a different team in general.”

Dallas still has more than enough firepower to compete. Kai Marshall is still huge and athletic, capable of catching anything thrown his way. Thomas Slack is again on the roster, a constant presence in the endzone since 2016. Slack can get open at will, is quick and athletic, and is comfortable throwing. Slack remains the team’s paprika: an overlooked ingredient, improving any recipe to which he’s added.

The team has moved some of their D-Line talent to the offense, hoping to keep their skill positions as stocked as possible. Jay Froude is a lightning rod for highlight plays, and he’ll bring his athletic wizardry to the offense. Smith will become a significant handler on the offensive line after having played approximately 60 percent of his points with the defense last year. Matt Jackson will do the same.

“Guys like Dalton [Smith] and Matty Jackson are, I wouldn't say dedicated handlers, but certainly very talented disc movers as well,” said Dallas Head Coach Wes Nemec. “They can put up shots when they need to. They're very quick, that's their biggest strength, is a lot of the throw-and-go type stuff, especially around the endzone.”

Smith and Jackson will be asked to shoulder much of Freechild’s responsibilities as the season progresses.

Migrating from the Cannons, LaRocque will try to replace Mickle. Though the task is close to impossible, LaRocque has the tools necessary to replicate large parts of Mickle’s game.

LaRocque will be an anchor handler for Dallas, equally capable flinging the disc 75 yards or catching it at a full sprint in the end zone.

LaRocque and Smith are used to playing together, having represented Team USA together. Smith described their chemistry as “natural”. Either can threaten the defense deep and trust that the handling partner will be able to maintain possession staying back. Another lead handler on the offensive side will be Brandon ‘Muffin’ Malecek, who has been a starting handler with Dallas since the team’s inception. He has thrown 503 completions and 31.5 assists per year for Dallas alongside Freechild, Mickle, Chris Mazur, and other stars. He will be more than comfortable soaking up more offensive responsibilities for the team in 2018.

LaRocque and Malacek will share handling responsibilities together when the team is entirely healthy, and they will have to learn how to play together.

“I know [Muffin] likes to throw more hucks than Dalton does. I think that will be a learning curve,” said LaRocque. Unfortunately for opponents, the process for two such talented players learning to play together never takes very long.

Don’t be fooled by the tempered facade, though. The Roughnecks expect to win the 2018 AUDL championship.

“News of our demise is wildly inaccurate,” said Nemec.

“Everyone has a chip on their shoulder,” Smith said. “Just because we don't have those big names doesn't have to mean that we're not title contenders.”

The Roughnecks have reloaded with youth.

“I think I'm considered an old guy now, which is kinda scary,” laughed Smith. Dallas is confident that their new players can replace their old, even if they don’t carry the same reputations. Yet.

Sam ‘Suds’ Ward is as quick as a mouse trap, always available for a reset. Nemec expects immediate impact from Ward whenever he’s on the field. Matt Armour will get minutes on the D-Line, and LaRocque raved about his defensive skills.

“Matt has been one of the best defenders I've seen at practice,” LaRocque said. “He just locks people down and makes it really difficult for you to get the disc.”

20-year-old Noah Chambers will play on both sides, and he’s already shown in game one how his athleticism can change points.

The team is young and carefree. Even as a captain, Smith is likely to keep the team’s spirits high by dancing on the line.

“I really feel like we're all pretty goofy,” Smith said. “We kind of just have this fun personality. Not that our past teams didn't have that, just we're a little bit younger.”

The D-Line will feature young legs, but there will be important staples anchoring the D-Line, leftover from past Dallas iterations. Dan ‘Danimal’ Emmons is a 6'5" hulk, capable of shutting down any cutter, no matter how large. Joel Clutton is even bigger, if perhaps less mobile. Ben Lewis has been grinding on the D-Line for years in Dallas, underappreciated outside of his own team.

Dillon Larberg runs the defense. He’s as capable a thrower as anyone on the team, and his handling after a turn will allow Dallas to harness its athleticism into defensive points. The kids will keep the D-Line hungry and fresh. The aura of youth is pervasive, and it allowed Dallas to beat the league-favourite Raleigh Flyers in the Roughneck’s first game.

It’s not fun playing sports in the cold, the wet, and wind. Dallas had a specific gameplan to beat Raleigh, involving different junks, zone looks, and switching multiple bodies onto Raleigh’s nightmare cutting core. Instead, the wind accomplished much of both teams’ defensive goals on its own. With much of the skill game defeated by the environment – and the size of the AUDL field closed by gusting winds – teams were left to rely on energy. Who could make themselves want to be there?

“Our first couple mini-camps were really crappy weather,” Smith said. “That kind of helped us in that first game. With the young guys, it's like, ‘hey, we flew out here, we're playing a game, we need to make the most of this opportunity’.”

It’s easier to enjoy playing a game in the rain when you’re young.

LaRocque and Smith were solid despite the gusting winds. They combined to complete 73 of their 80 attempts, or 91.2 percent. Smith often relied on high-release flicks, which he described as “really comfortable.”

“It feels pretty natural when it's really wet,” Smith said of the ease of throwing the high release even in bad weather. “I wasn't trying to grip it and rip it. I could put some touch on it and get it there safely, instead of forcing something.”

He described his comfort throwing in the wind as deriving from learning to throw during his youth. He couldn’t throw flat for years, and so he learned to throw using the wind instead of fighting it, letting the disc “fly along the wind pattern.” LaRocque used a lefty inside backhand to replace his inside flick in the miserable conditions against Raleigh. Because he couldn’t feel his hands for much of the game due to the cold, the backhand grip allowed him more touch on those simple reset throws.

A highlight against Raleigh was when LaRocque broke his former Cannons teammate, Mischa Freystaetter, for a goal.

“I probably said something to him after [that throw],” LaRocque said with a laugh. “With him, it's like, he is going for the big block. So if you know that going into it, one fake usually does it for him.”

The youth movement, with the minimal sample size of one game, is succeeding with flying colours for the Roughnecks. Kids don’t know anything better than to play, worry-free.

And the Raleigh game was just a start.

“We're not at the spot where we'll win a championship with this team,” said LaRocque. “But give us three months, and I think we can get to that point.”

Beating Raleigh means nothing for Dallas. It’s a building block, and an important injection of reality to the league: Dallas may have lost some names, but they haven’t lost a step. They’re focused not on lost players, not on past glory, but instead on what lies ahead.