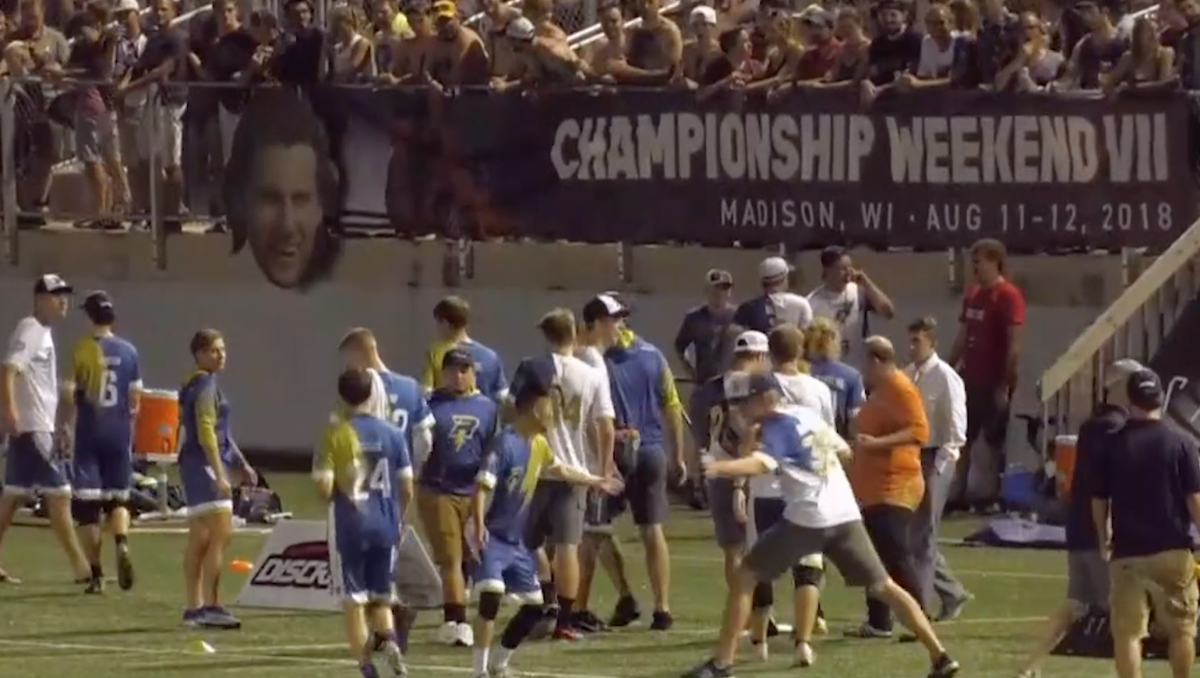 After defeating the Los Angeles Aviators 24-19, the Madison Radicals earned a chance to win their first title in franchise history at home tomorrow. The Radicals had perhaps the most pressure of any team at Championship Weekend, having spent all season preparing to win a title in front of their loyal and raucous fans.

The Radicals showed their experience, proving far more prepared for the intensity of the moment from the opening pull. They leaped out to score the first four goals. The four straight defensive breaks were all created by incredible Madison blocks instead of simple Los Angeles miscues from the Aviators. By the time the first quarter ended, the Radicals had blitzed the Aviators to a lead of 9-3. Pat Shriwise was especially impressive with his throws, and he finished the game with a team-high five assists on 39-of-40 throws.

Los Angeles was not going to fade softly into the night. After Sam Plasman forced a Madison turnover to start the second quarter, Los Angeles scored their first break of the game with crisp disc movement near the endzone. Another break came moments later, pulling Los Angeles within four points. That was the high point for the Aviators. Both teams finally settled into smooth offense to end the half, with nothing but holds to bring the score to 14-9. Equality continued in the third quarter, which the teams split 4-4.

Madison rode a five-point lead into the final quarter, when the wheels fell off for Los Angeles. The Radicals opened the frame with a huck to Colin Camp. A pair of breaks followed, as Kevin Pettit-Scantling outwilled and outleaped his opponents for blocks. He finished the game with a well-rounded one assist, two goals, and three blocks. His efforts blew the game open and gave the Radicals an insurmountable lead of 21-13. The Aviators staged a miniature comeback, but they had only a few minutes remaining in the game and too large a gap to close.

With their high-flying style, Los Angeles comfortably proved their superiority over their division this season, but including the playoffs, they finished zero-for-three in interdivisional games. Madison now has one game remaining. They’ll return to the finals for the first time since 2015 to face the Dallas Roughnecks, who won their semifinal game 32-30 over the New York Empire, tomorrow at 1:00 PM/ET on Stadium.