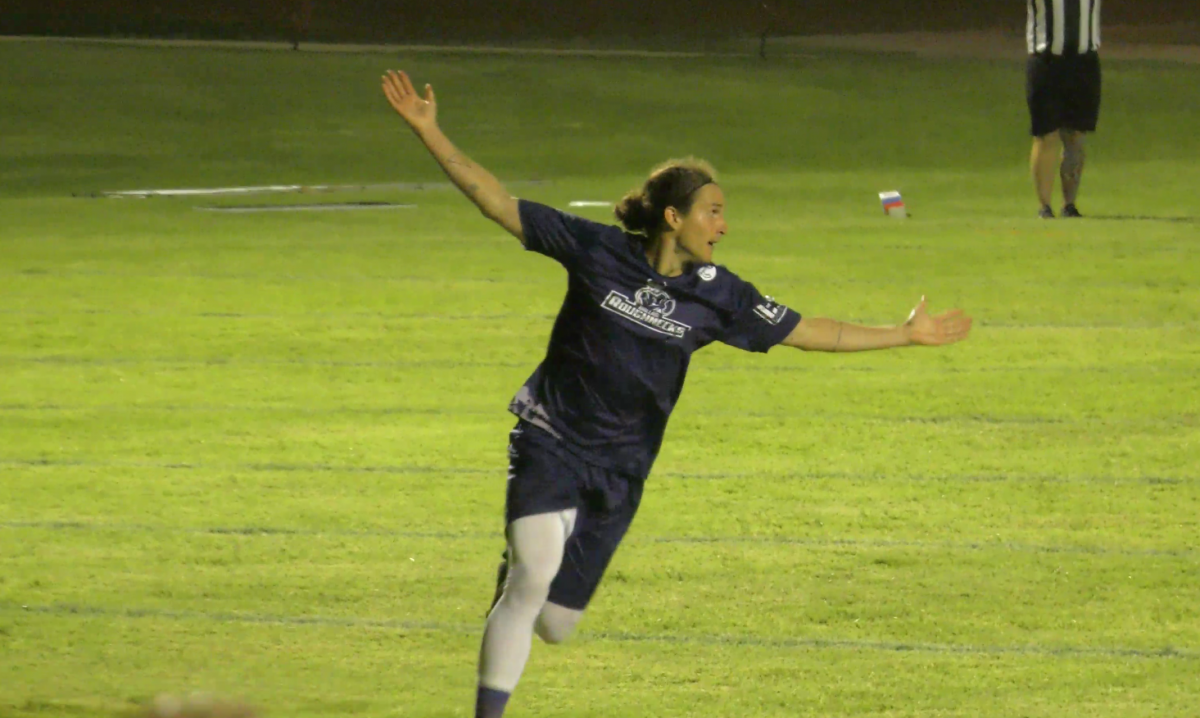 This is one part of a series of primers to introduce all four teams at 2018 AUDL Championship Weekend. Primers for: Los Angeles Aviators, New York Empire, and Madison Radicals.

The Dallas Roughnecks still shine brightly, even without the megawatts of their departed superstars. Players who have previously been role players for Dallas have stepped into leading roles without missing a beat. The Roughnecks employ a variety of uber-talented handlers to methodically fillet their opponents. Dallas will commit turnovers, but their incredible athleticism on offense and defence means that opponents will generally give the disc right back. Beating the Raleigh Flyers in the South Division Championship, the Roughnecks had one of the hardest roads to Championship Weekend.

The Roughnecks’ offense is defined by versatility, as there are several other players who rotate into the offense with regularity. Dalton Smith, though effective downfield, has developed into one of the better handlers in the division. That he is also one of the team’s best defenders means Dallas frequently opts to give Smith most of his minutes with the D-Line.

Kai Marshall is perhaps the team’s best offensive deep cutter, but has been bothered by a hamstring injury. If he’s healthy, he will start on the offense. Sam Ward is another versatile option, capable of handling or cutting. Henry Furuta will also fill minutes on the offense.

No matter the variation in personnel, the Roughnecks are at their best when playing slow and patient. They are far different than their 2016 and 2017 iterations, which both averaged near the fewest passes-per-goal of the league, at just under 10 each. This year, the Roughnecks are the eighth-slowest team in the AUDL, averaging 12.33 passes-per-goal. Jackson, Smith, and LaRocque are best working in small spaces.

When Dallas sets a deep vertical stack, Jackson and whichever other handlers join him are terrific with space to work. They continually reset the stall count, which also serves to change the angle of attack. When the right deep cut finally springs free, every offensive player is comfortable putting a huck out ahead of a cutter.

Malecek is the x-factor. When he is hitting his downfield targets, whether via hammer or flick huck, the Roughnecks offense will be virtually unstoppable. If Malecek is slightly off, the team is comfortable sitting him and letting a more patient offense work. He only played eight offensive points against Raleigh, throwing four turnovers. Kaplan Maurer took over as an O-Line possession handler, throwing 30 completions and no turnovers against Raleigh. The Roughnecks know that versatility is their greatest offensive weapon, and they use it to their advantage.

Froude does an incredible number of things for the Dallas Roughnecks. He’s a deep target. Yes, he skies defenders, using his incredible length to reach the disc before opponents. Perhaps more impressive is his ability to get horizontal, reaching the disc before the ground or out-of-bounds line.

Froude is also a talented thrower. As a lefty, he generally has wide-open throwing lanes because opponents game-plan to reduce the lanes for the team’s handlers – all righties.

Despite the Roughnecks’ talent, they do toss turnovers. Dillon Larberg totaled 59 on the season, good for second-most in the league. Malecek compiled 41, enough for eighth-most. As a team, the Roughnecks committed 305 throwaways, far more than other Championship Weekend teams, New York (264), Los Angeles (263), or Madison (193).

Enter Froude. He’s fantastic at retrieving the disc for the offense. One of the league’s top defensive players, he uses length, timing, and immaculate body control to reach discs that he has no business snagging. Froude’s 19 blocks were second-most on the team, and far more than any other offensive player.

Dallas has one of the most athletic defenses in the league. They have several rookies who they’ve already trusted during the intensity of the playoffs against Raleigh. Ben Rogers, Noah Chambers, Matt Armour, Connor Olson, and Zach Marbach are all athletically gifted defenders. All played at least five points on the D-Line against Raleigh in the South Division finals, and Olson even caught a pair of goals.

The Roughnecks don’t rely simply on youngsters on defense. There is also a cadre of established, veteran defenders who provide backbone and structure. Giants like Joel Clutton and Dan Emmons are equally capable of shutting down big targets as they are setting monstrous marks. Ben Lewis is a grinder whose defence is tenacious and consistent. Clutton (18 Ds on the season), Lewis (11), and Emmons (10) create their fair chances of turnovers, but they are perhaps more valuable for their commitment to team principles. They are remnants of the 2016 and 2017 superteams, and they boast a swagger deriving from past dominance.

The defense is dominated by Dillon Larberg. He’s a player in the mold of LaRocque, an elite athlete and thrower. He finished with 39 assists, 7 goals, and 26 Ds on the year, almost all from the defensive side. When Larberg’s bold throws work, they look great. Dallas’ defence can play faster than its offense, with Larberg frequently launching deep to Clutton, Emmons, or others.

When alongside another elite thrower, such as Smith, on the D-Line, Larberg’s efficiency skyrockets. When he’s not asked to shoulder all of the playmaking load, and instead shares responsibilities with another elite talent, Dallas benefits immensely. Against Raleigh, Dallas played multiple handlers on every defensive line. Larberg, Jackson, LaRocque, and Smith all spent time on the D-Line, and the team finished an efficient eight-for-13 on break chances.