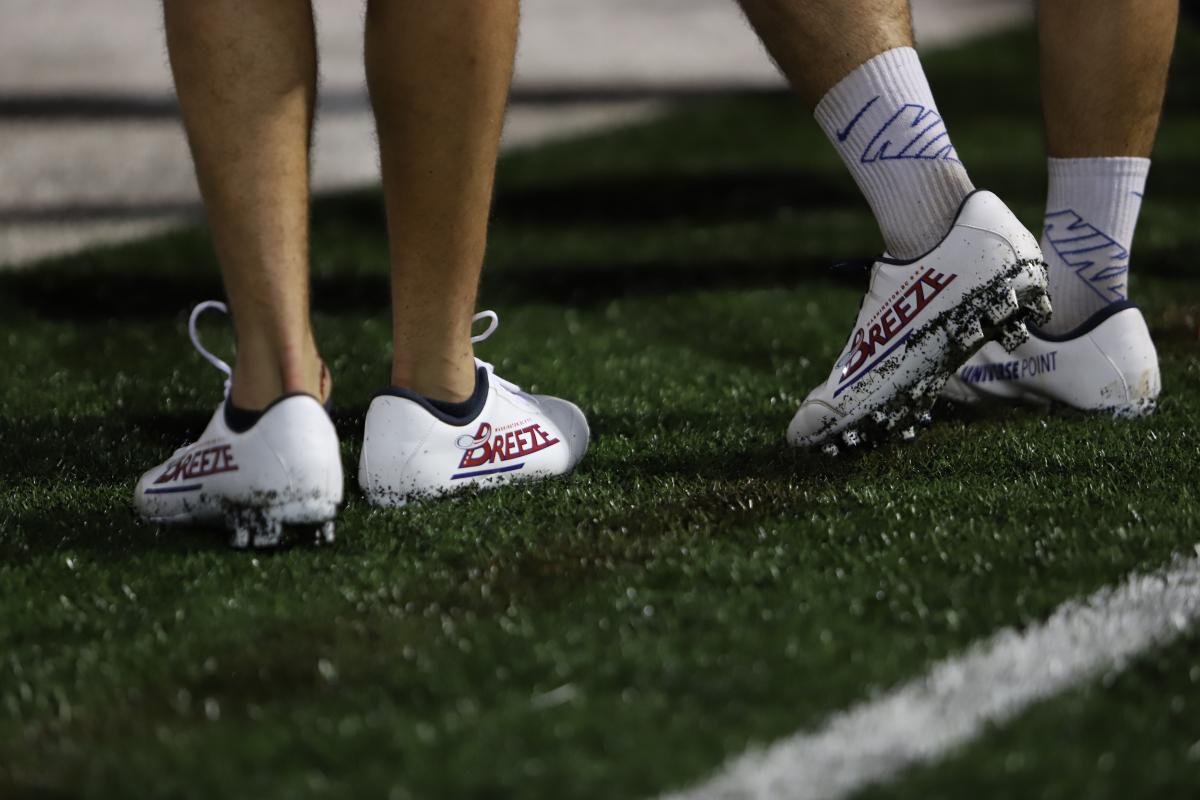 The DC Breeze (2-2-1) will travel up north to play two games on back to back days against two AUDL East Division rivals, Saturday against the Toronto Rush (4-0) and then the Montreal Royal (2-3) on Sunday.

DC is coming off a nail biting upset win over the high-flying Raleigh Flyers at home this past weekend, 25-24. The Flyers’ defeat was the South Division’s first ever loss in regular season interdivisional play.

“Against Raleigh I think we saw that we have belief in ourselves and our ability to execute our game plan. We felt there were matchups we could do well with and that we’d generate a few turnovers,” said Breeze head coach Darryl Stanley. “The D-line really took advantage of the opportunities it generated, taking care of the disc on the offensive side. We knew we’d have to be efficient and we were.”

The big win over the Flyers saw the O-Line for the Breeze start to come together and work as one.

“Rowan [McDonnell] and the O-line were smart, they kept probing to find the right matchups in the Raleigh defense and they found them. They were ruthless about continuing to attack those matchups until the outcome changed,” said Stanley.  “The outcome didn’t change much as Rowan was gaining a lot of separation and finishing plays and the throws from my handlers were on the money all game long.”

The Breeze will play the Toronto Rush Saturday night in the first meeting of the season between these two rivals. The Rush have knocked the Breeze out of the playoffs in the East Division title game in two straight seasons. DC and Toronto split their four meetings last season, but the Rush took the one that mattered most, once again ending the Breeze’s season one victory short of a berth at Championship Weekend.

“I think being more aware and adaptable will be the difference. I know I have not always been successful at countering the punches that Toronto has thrown at me in the past, in-game,” said Stanley. “I think we’ve frequently gone in with a good game plan but have either had execution issues or have not adjusted well when we’ve encountered trouble. Sachin does a great job of rolling out new looks to disrupt the opponent.”

DC looks to break a losing streak on Toronto soil that dates back 1,853 days to the Breeze’s inaugural game as a franchise, a 30-13 loss to the Rush on April 20, 2013. One of the top contributors to the losing streak is the long trip to Canada, 482 miles.

“It is tough. The ride means that we don’t get the right sleep that we should, our bodies are compressed into awkward positions, our meals aren’t as managed and as nutritional as we’d like,” said Stanley. “I think I’m getting closer to understanding how to mitigate these issues as best as we can. So far, this group seems to be doing a great job of that. We haven’t had to travel too far yet, but the way we played in New York gives me hope that this is a great traveling group. We did not seem to be playing on the road when we played those games.”

This season the Rush are undefeated and lead the AUDL East with two tight division wins over Philadelphia and New York. Toronto did travel to San Francisco and dominate the defending champion San Francisco FlameThrowers, 28-18, in a rematch of last year’s AUDL final.

Leading the way for the Rush are Jay Boychuk and Ben Burrelle with 11 goals each. DC will have to stop those two goal scoring machines to get the win on the road. 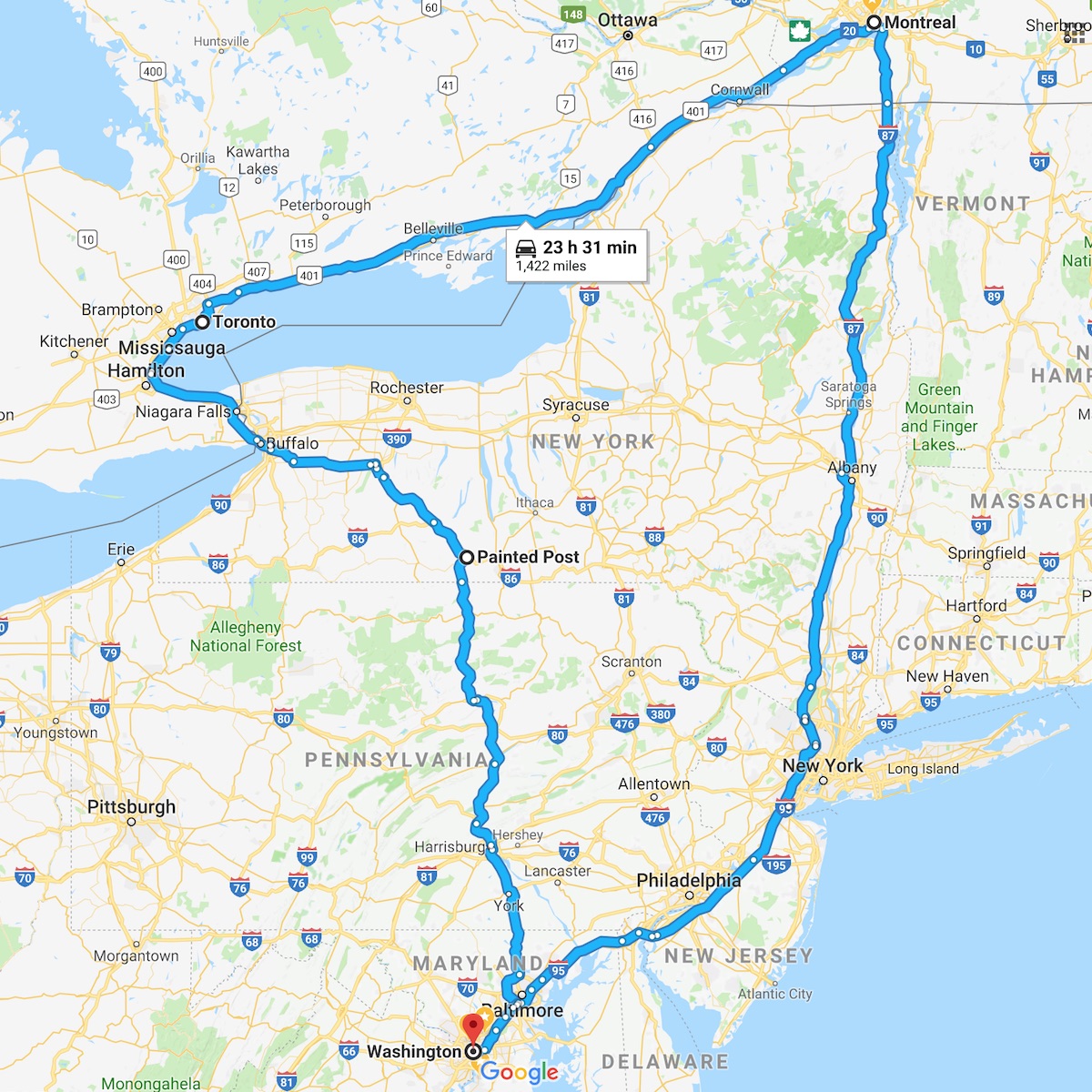 The Breeze will travel to Montréal on Sunday for an afternoon matchup with the Royal before heading home to complete the 1422 mile road trip, their longest of the season. DC lost their first meeting with the Royal in the season opener for both teams, 24-22.

“We are a more organized group now and more comfortable with each other and the AUDL now. I think we have a certain routine with preparation that will likely prevent such a slow start, but if it doesn’t we also have confidence in our D-line to be able to get points back for us,” said Stanley. “We know what buttons to push to bring pressure and convert now. Going down early wouldn’t be ideal, but we know we can battle back.”

In that contest with the Royal, DC was out-broken eight to five, and that was enough for Montréal to get the victory. McDonnell led the Breeze with four goals, five assists, and four blocks in the loss.

McDonnell is coming off a 10-goal performance this past weekend against Raleigh, bringing his season total to 25. He currently sits in fifth in goal scoring in the entire AUDL, eight behind the leader Cameron Brock of the Indianapolis AlleyCats. McDonnell is first in goals in the AUDL East Division, three ahead of Philadelphia’s Himalaya Mehta who has 22 goals so far.

Montréal currently sit in fourth place in the AUDL East, but just a game behind the second place Breeze. This contest could prove pivotal in the division standings, as the AUDL East has been tight all-season long and looks to stay that way all the way into July.