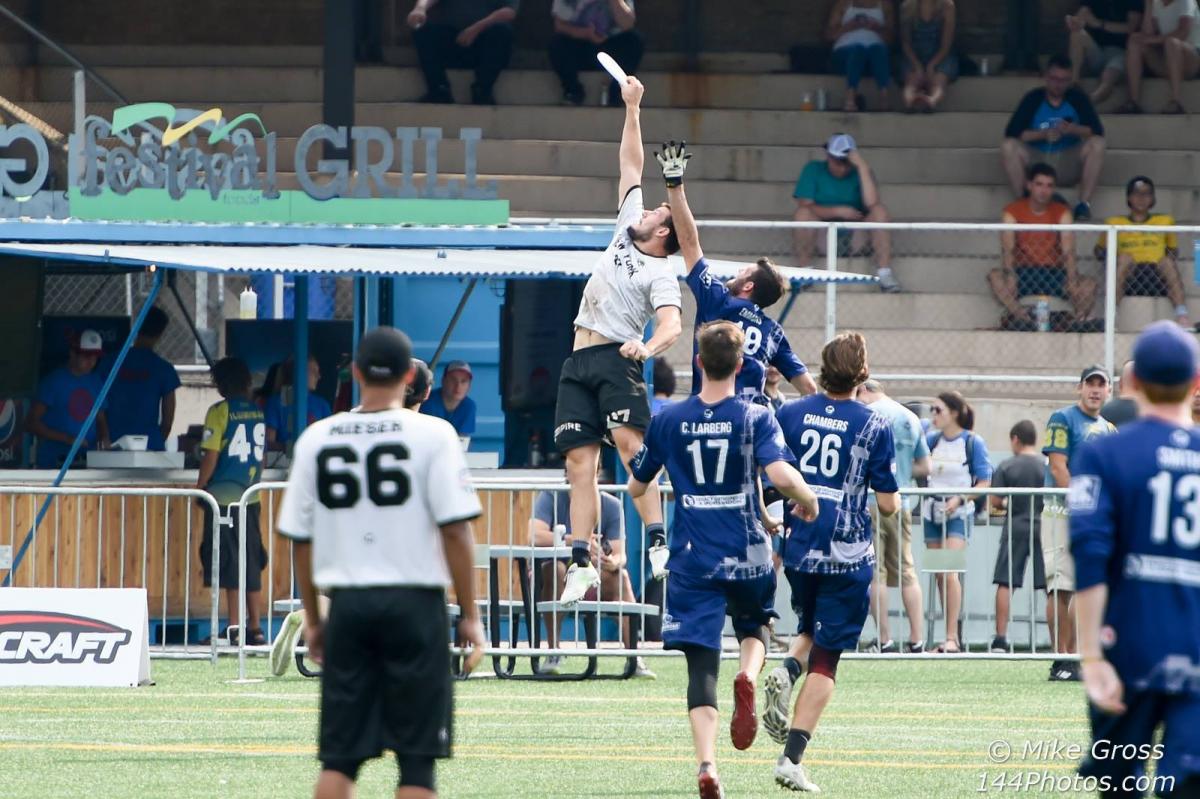 Entering his fourth season in 2019, and with nearly 100 goals and 100 blocks tallied in his career, the tall tale of Jeff Babbitt seems much too large for someone who still won't turn 25 until March. In his first six games as a pro with the New York Empire, Babbitt collected 17 blocks and a buzzer-beater in primetime to announce his presence, throwing his 225-pound frame at every disc possible and playing with the verve of a truck going downhill. He's currently the only player in AUDL history to notch a 40-goal, 40-block season, and he has swatted and smashed his way to a staggering 84 blocks in just 37 games played.

Obviously, Babbitt has made a name for himself as an impact playmaker and defender. But he's also been just as consistent as a workhorse over the past two seasons for a top five defense in the league, logging 712 points played—469 on defense—in 2017 and 2018 including the postseason. Those kind of raw playing numbers would be impressive for any player, let alone one who takes the top opponent defensive assignments and then also helps lead the Empire counterattack; what really makes Babbitt's 40/40 season truly impressive is he scored 50 goals while playing nearly 70 percent of his points on defensive lines, summoning a kind of elemental stamina to both generate turns and capitalize on them. 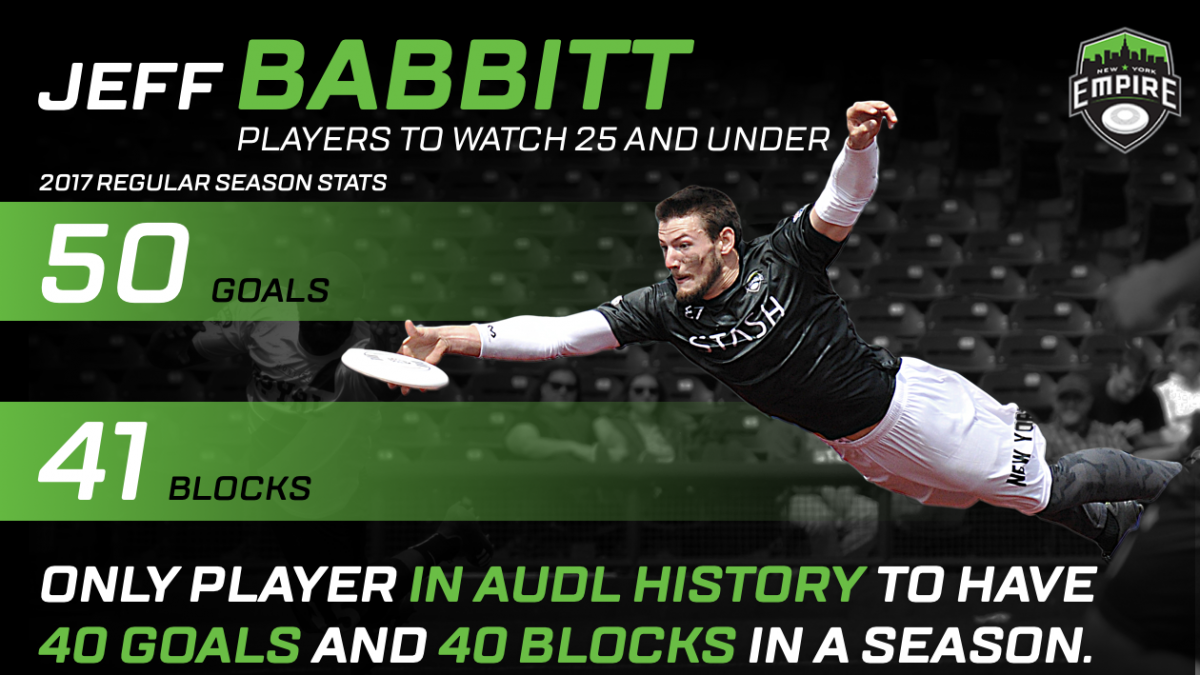 And although his stats took a dip in 2018 from historic highs, Babbitt's progress as a leader and contributor took a big leap forward this past season. After a year and half as the league's preeminent defender, Babbitt was asked to switch roles and join the New York offense as the team prepared for its first playoff run in two years. In the first round against a favored DC Breeze team, Babbitt was a rock for the Empire in the torrential downpour, finishing with one assist, four goals, six blocks, and 20 completions. That last number may not be particularly impressive on first glance, but Babbitt only accounted for 94 completions during the 2018 regular season, and then stepped immediately into a distributor role in an elimination game, in the worst weather conditions imaginable.

The following week in the East Division championship game, Babbitt came up big again, flying for a clutch goalline rejection in the second half and catching the game-winning goal from Ben Jagt to secure New York's first-ever victory over the rival Toronto Rush, and the Empire's first Championship Weekend appearance since 2014. And two weeks later in the AUDL semifinals against the Dallas Roughnecks, Babbitt was on his way to another big performance with one assist and three goals in the first half before sitting out the second half due to injury in a two-goal loss.

In 2019, Babbitt figures to pair alongside Jagt to form one of the most effected duos in the league, a twin tower dynamic that is hard to slow down, borderline impossible to stop. They showed they can stretch a top tier defense like Dallas to its limit, and with another season alongside veterans like Beau Kittredge and Ben Katz—and the monkey of Toronto off their backs—New York looks like a title contender in the near future.