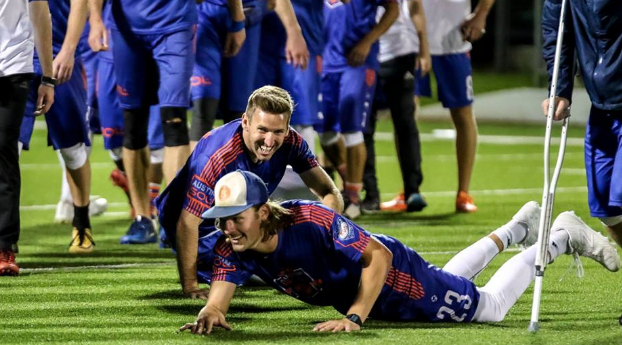 This is the first article in a series chronicling players around the AUDL who have made their mark at 25 years of age or younger. This list is by no means definitive or exhaustive. Full list available.

As one half of the Austin Sol's dynamic teenage duo known as the "Stench Bros", Kyle Henke had a breakout year in 2018. The 20-year-old led the Sol in his second year as a pro with 42 goals during the regular season, helping Austin earn its first playoff berth as a franchise in the process. And while his production volume as a scorer on the stat sheet is eye-catching, Henke stands out for a playmaking flair that far exceeds his not-quite-drinking-age youth.

Henke announced his presence in Week 3 against the Los Angeles Aviators in the AUDL Game of the Week. Tied 22-22 in the waning moments of regulation, Sol teammate Jeff Loskorn launched a prayer of a disc towards the endzone. As the disc sailed towards his vague coordinates, Henke drifted behind two Aviator defenders, springing past both at the final moment to spear the game winner from the air.

The score capped a four-assist, two-goal performance in his 2018 debut against an LA team that would later reach the AUDL semifinals.

A week later, Henke was soaring again, this time against the rival Dallas Roughnecks. In the earlygoing, Austin's Michael Matthis had the disc at midfield and ripped a huck intended for Ethan Pollack, who is somewhere roughly 30 yards downfield. Henke was parallel with Matthis and nearly at a standstill when the disc went up. 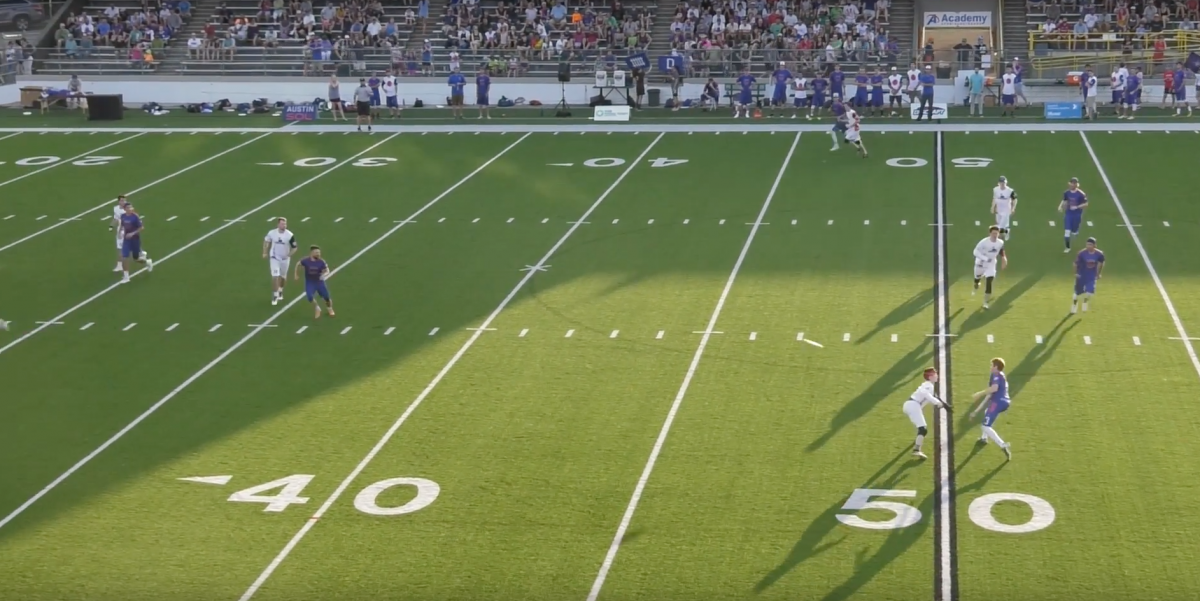 That's Henke at the top of the frame, jockeying with Dallas' Chris Larberg at the 48-yard line. A hustle defender who has been one of the most consistent defensive performers for the perennially playoff bound Roughnecks, even Larberg is not ready for Henke's blitz. Matthis' inside-out throw begins to dive away from its target, taking a steep angle for the sideline and seemingly destined to land out of bounds. But like a freight train loosed from the tracks, Henke comes barreling from out of nowhere at top speed, snagging the disc inches from the line and crashing to the ground for a goal that registered somewhere in the mid 5s on the richter scale.

But there's no question about Henke's standout moment from 2018. In Week 13 in a double overtime shootout against Nashville, Henke did something magical. A Greatest throw is something to behold whenever it's executed properly, but this was perfection. As a Matt Bennett throw sailed over Henke's head and for the sideline at midfield, Henke only had opportunity in his sights. Eyeing his footwork as he prepares to jump, Henke doesn't so much see teammate Matthew Bierschenk as feel him downfield. As Henke cleared the ground with a levitation move that would leave David Blaine red with envy, time slowed a bit. Henke's legs to bicycled once through the air before he fluidly, easily collected the disc and fired a 50-yard laser to Bierschenk before returning back to the ground.

The play deservedly went viral (twice!), appearing on ESPN, Bleacher Report, and about a dozen other sports media outlets. The combination of anticipation, hangtime, throwing distance, and accuracy make it one of the best single plays I've ever seen.

The future is bright for the Sol's rising sensation, but there's still plenty left to improve upon before Henke becomes a full blown star in the league. As with almost any young player, turnovers were an issue for Henke. In 2018, despite a relatively limited amount of touches, Henke completed just 83.20% of his 143 throws, the second lowest completion percentage for any played with 100+ completions. Henke was often given the green light to play uptempo in the Sol offense, but limiting the risks going forward will make the rewards of his play even more impactful. 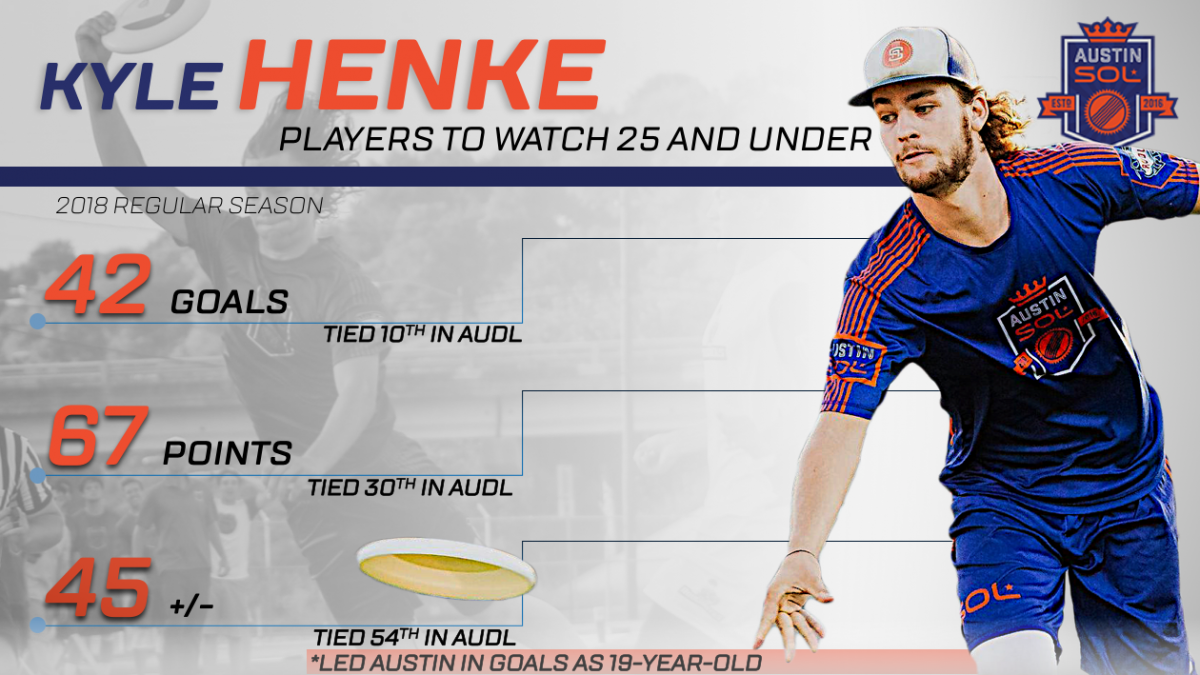