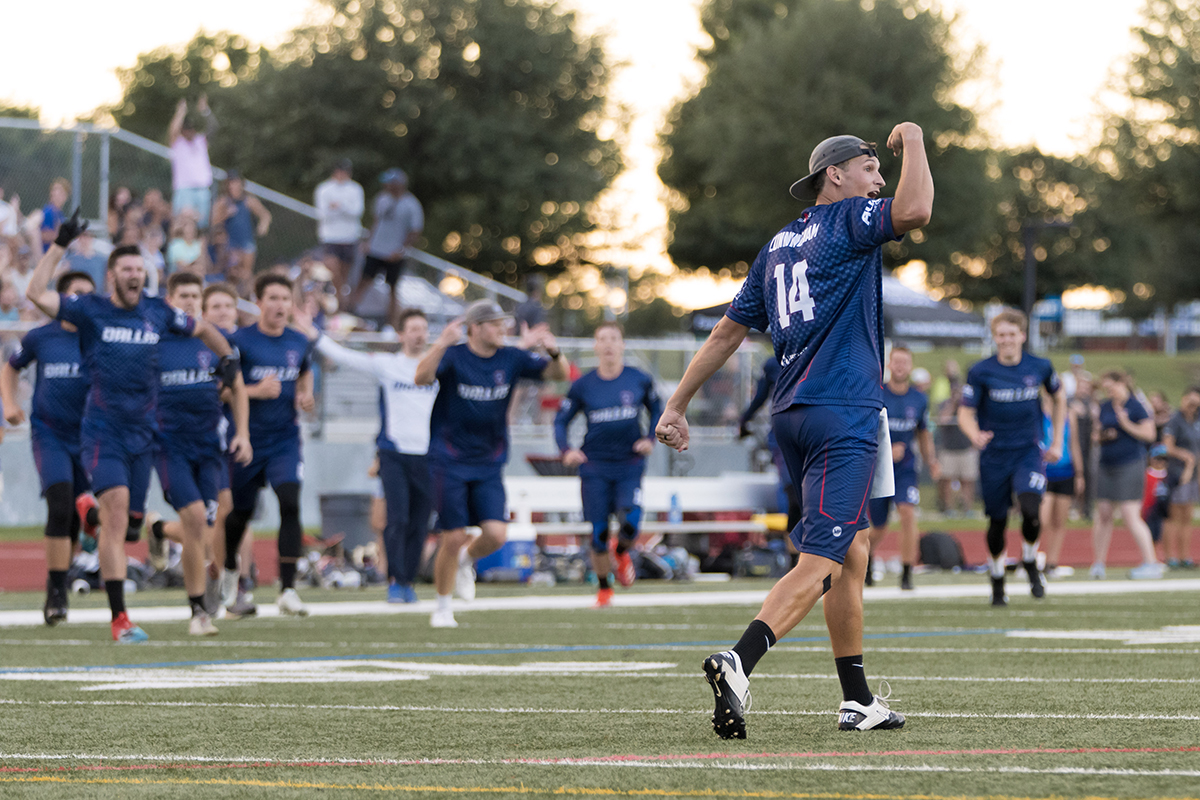 Formerly known as the Dallas Roughnecks, Dallas has a new name and brand: The Dallas Legion. Along with the name change, the team has new ownership structure, a new coaching staff, and relocation plans.

“After an exhaustive renaming process, we chose to rebrand the team to the Dallas Legion because legions were very successful in adjusting to their opponents’ strengths and weaknesses. Legionaries ate, slept, trained, and fought together. There was a sense of unity, camaraderie, and pride in their identity. We are inspired by the Roman legion’s strength, effectiveness, and longevity, which we want to embody as we build pro ultimate to be an enduring, long-lasting force in the Dallas community.”

Dr. Young Byun, MD, MBA and Dr. Ivy Byun, PhD, LPC are taking over as the team’s sole owners. Dan Emmons will take over head coaching duties, as Wes Nemec returns to the team as an assistant coach, along with former Dallas player, Casey Hogg, and newcomer, Jerome Price. Ms. Melissa Battis will assume the role of General Manager.

Home games will be played in the Dallas Fort Worth Metroplex—Legion 2022 season tickets are on sale here. Open tryouts will be held on January 15-16 at Hurst Community Park. Signups and detailed information will be posted soon.