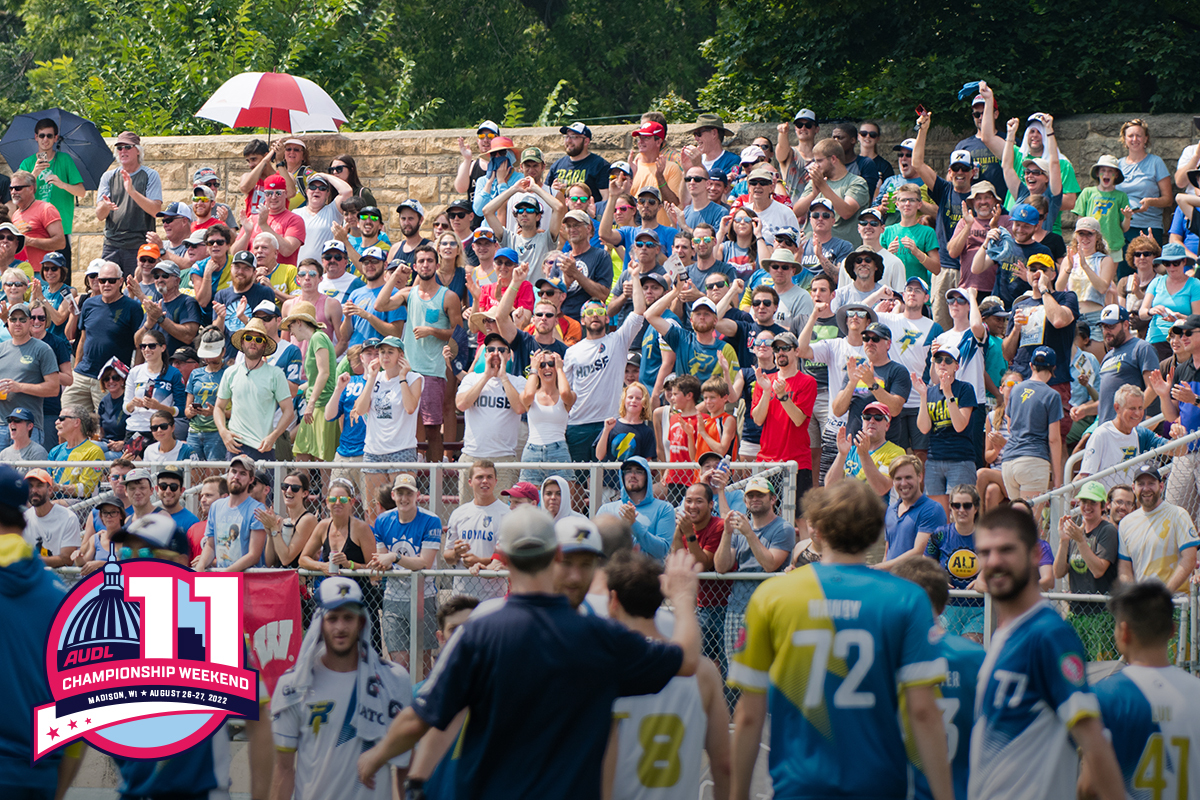 Championship Weekend is the final playoff event of the season. The top four teams—one winner each from the East, Central, South, and West divisions—play in a single elimination, mini bracket format to determine the league champion. Both semifinal games will be held on Friday, August 26, with the 2022 AUDL Championship Game slated for Saturday, August 27 in primetime.