The 2022 AUDL All-Star Game will take place on Saturday, November 12 at Providence Park in Portland, Oregon. Opening pull is at 7:00 PM/ET (4:00 PM/PT). The game will be broadcast live on AUDL.tv and is scheduled to re-air on FS2 the following Wednesday, November 16 at 6:00 PM/ET. Get tickets now.

The All-Star player pool will consist of 30 players, one representative from each of the 25 teams plus four additional players selected through four separate "Fan Vote" categories. The Fan Vote categories, nominees, and voting details will be announced on Friday, October 14. As the host team, the Portland Nitro will bring one additional player to reach 30 total (two teams of 15 players each).

This year's All-Star Game will feature a series of rule changes meant to serve as a trial for potential league-wide updates in the future. The following rule changes will be in effect: 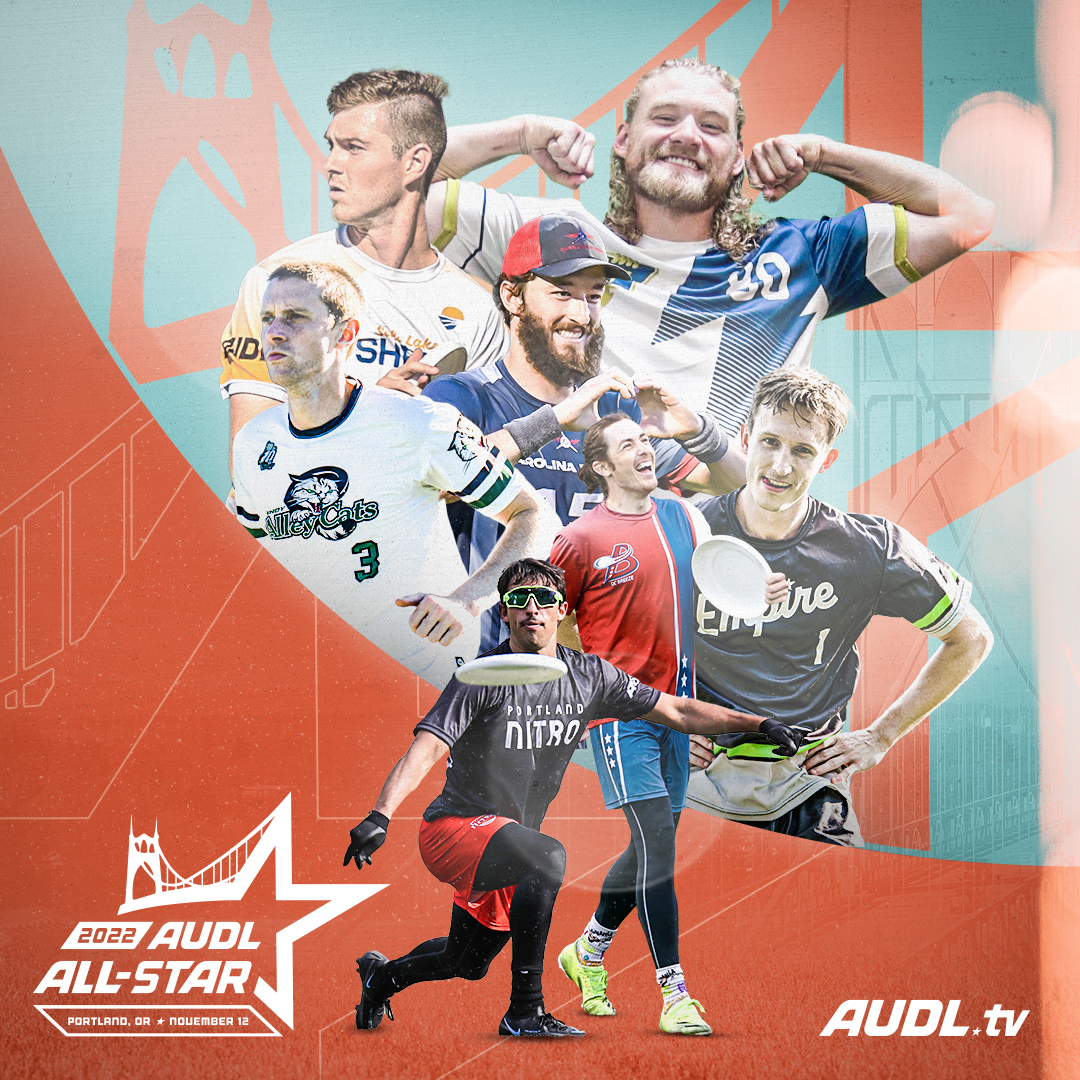 All-Star festivities will begin on Friday, November 11 with a player and owner mixer that is open to the public. A full day of activities on Saturday are being planned at Providence Park, home of both the Portland Nitro of the AUDL and the Portland Timbers of the MLS. In addition to the highest caliber of ultimate play from the best players in the league, All-Star weekend activities will include youth clinics, a mixed Portland versus Seattle “Rivalry Game” immediately preceding the All-Star Game, player meet and greets, AUDL video game demos, and much more.

Additional details and timing will be shared in future updates on this page, and on AUDL social media channels.

Tickets are on sale now through SeatGeek—get yours today!