For the first time ever,

the Hustle's 2016 Sunset Jerseys can be yours 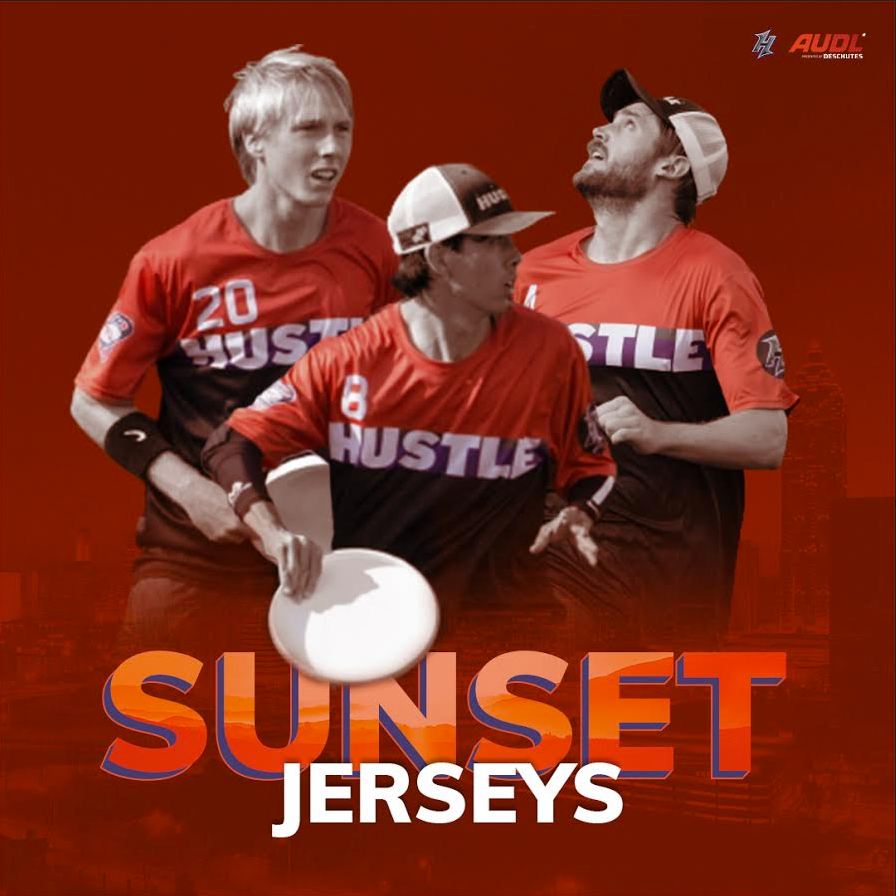 To commemorate one of the biggest wins in Hustle history we are doing a limited run of Throwback replicas. The Hustle wore these jerseys only once - in the final game of the 2016 season to earn their first and only playoff berth over the Jacksonville Cannons. 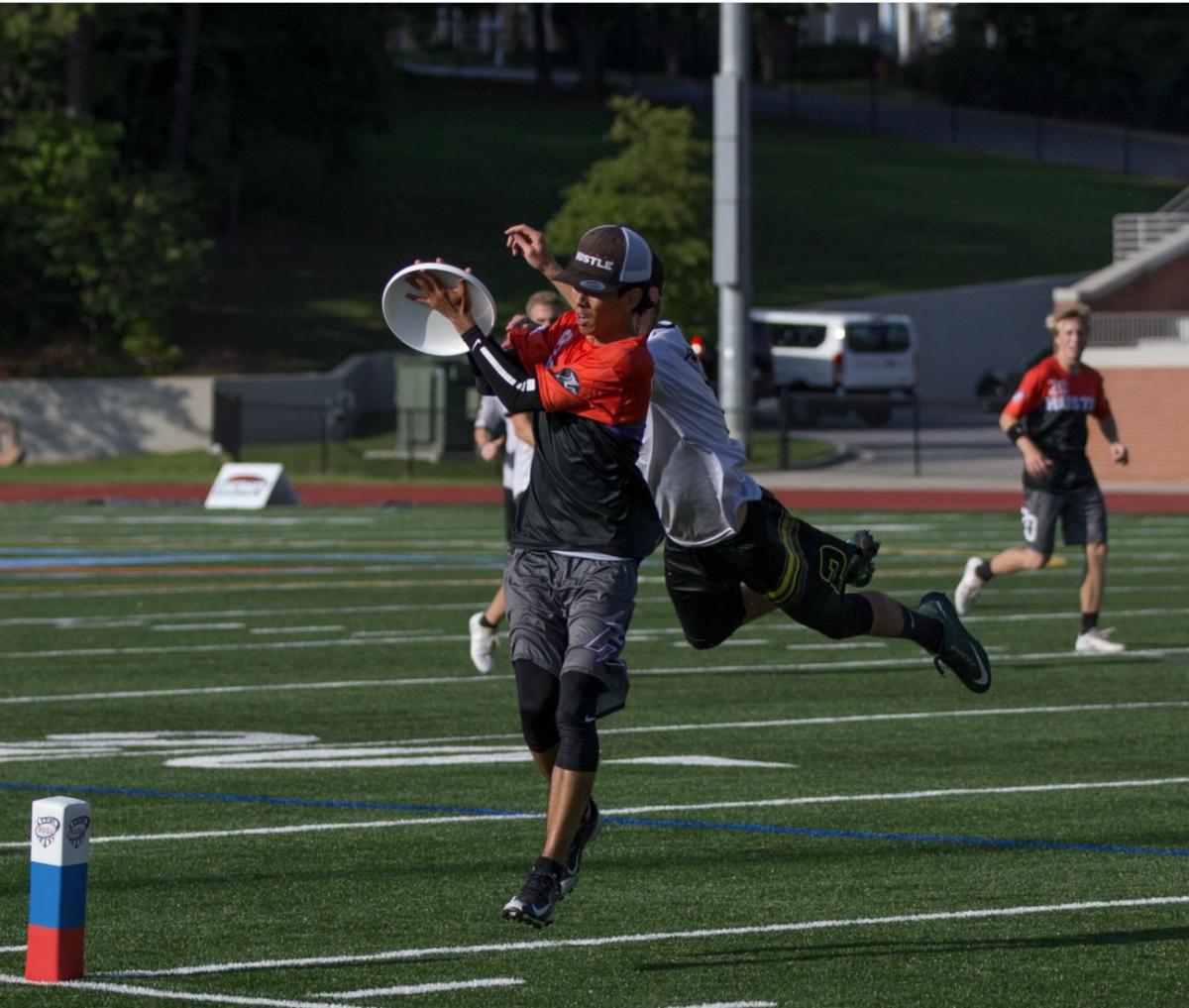 Final game of the season. Win and you're in the playoffs for the 1st time.

The opponent: The Jacksonville Cannons, a bitter rival with the league's assist and goal leaders, Cole Sullivan and Mischa Freystaetter. Freystaetter, in fact, is attempting to set the single season record for goals scored. The Cannons have a reputation. They are a tough, physical opponent. This game is shaping up to be a battle in Atlanta's midday summer heat.

Your Atlanta Hustle are propelled by the momentum of an MVP campaign by Dylan Tunnell. Tunnell's bombs were perfectly complemented by a lightning quick receiving corps featuring Matt Smith, Anders Olsen, and Nathan Vickroy.

The Hustle had a surprise up their sleeve to give the team an extra lift. After warm ups the players were surprised with alternate "Sunset" jerseys. The players reaction was immediate and the game got off to a blistering pace. The teams combined to score 19 goals in the first quarter.

The Cannons, who started on offense, went into the locker room with a 1 goal edge. They were also set to receive to start the 2nd half giving them an opportunity to extend their lead.

Instead Atlanta opened the 3rd quarter with the break they needed to tie the game. Allan Laviolette struck deep to Kelvin Williams.

5 points later, the Cannons answered back.

The Atlanta defense kept grinding. They added a 2nd and 3rd break in the third quarter earning the Hustle their first lead of the game at 19-18 as the quarter ended. 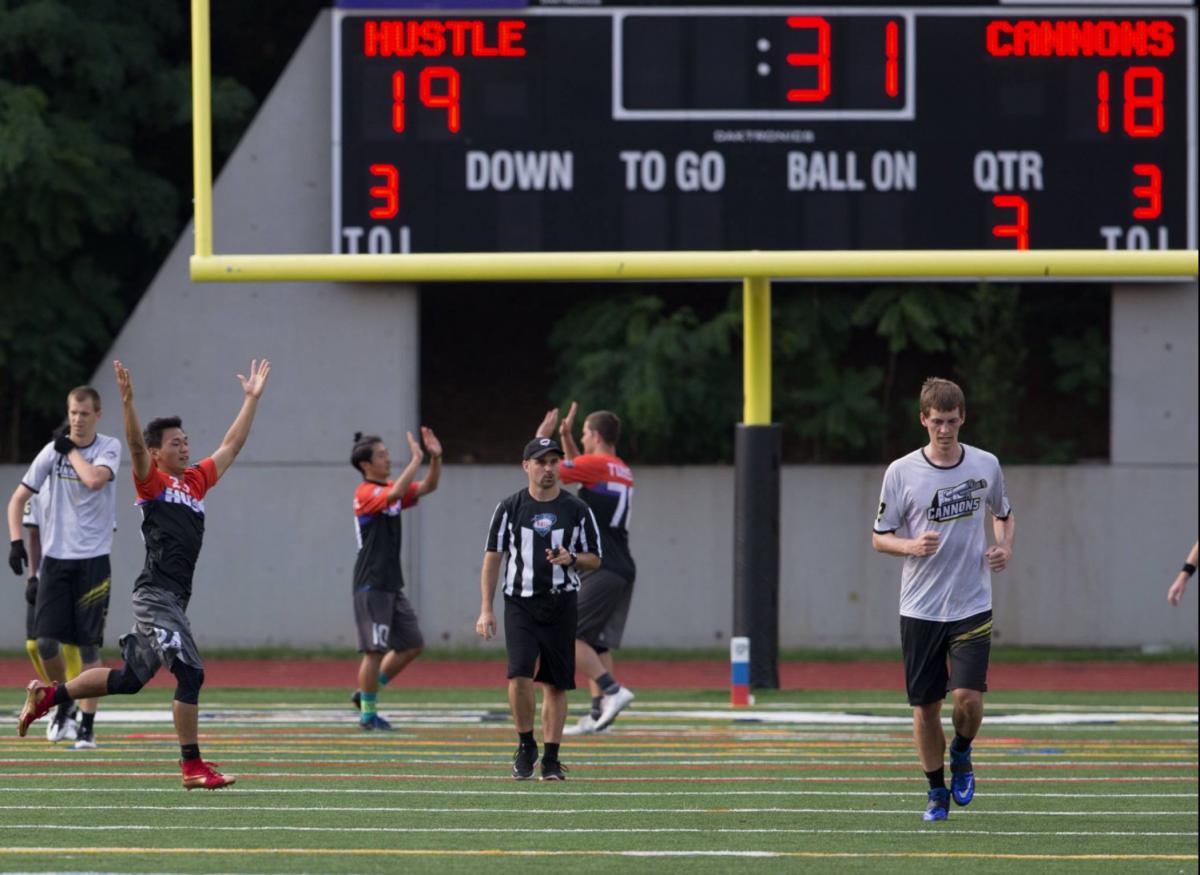 The Hustle received to start the last quarter and converted that critical hold to extend their lead. Throughout the fourth quarter Jacksonville and Atlanta exchanged blows. The Cannons landed a break off of a dropped pull that tied the game at 21s .

The Cannons kept swinging but the Hustle answered each challenge to hold them off until the clock expired. A 27-26 victory, a ticket to the playoffs, and a round 1 trip to Raleigh.

Atlanta had no answer for Freystaetter. He ended the game with 13 goals to set the single season record at 95. That record still stands.

Cole Sullivans threw 17 of his 82 assists to set a his own record: most assists in a single game. 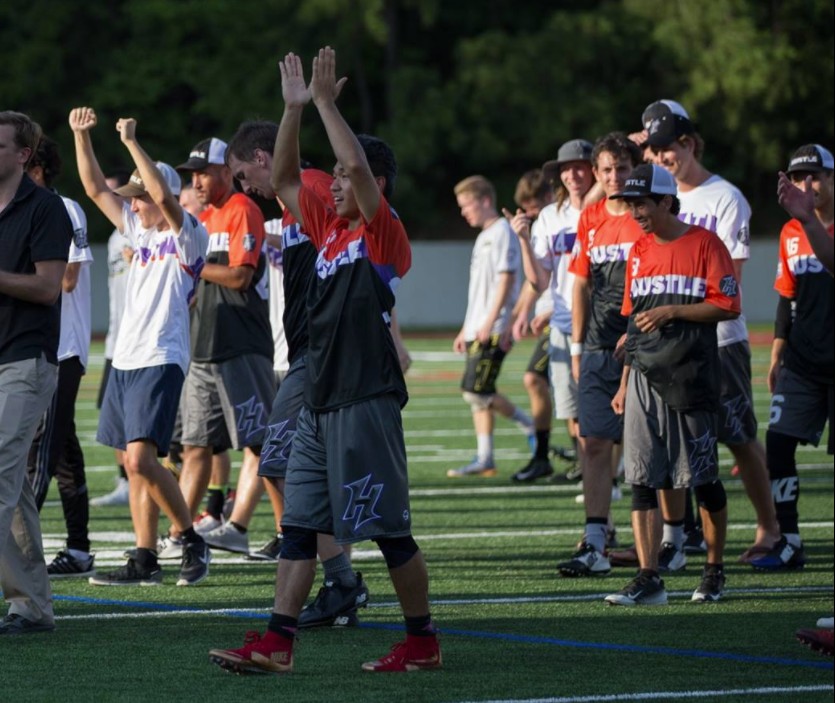 Atlanta would go on to win their 1st playoff game upsetting  Jonathan Nethercutt's Raleigh Flyers on the road.

Last 2 minutes of the game: https://www.youtube.com/watch?v=c0dBSByKm8E