About the Atlanta Hustle | AUDL
Skip to main content

The AUDL format is designed for fans. It is the best tool to introduce new people to field disc sports, through economical live experiences and compelling digital content.

As a highly visible ambassador of our sport, the Hustle takes seriously its responsibility to be a shining example of our sport and city. We aim to display passionate, committed, intelligent and skillful play with integrity to youth players and to be a reflection of the Atlanta ultimate community that they proudly support.

The Hustle utilizes it's resources to make the sport more accessible to players of a wider spectrum of backgrounds. As we introduce the sport to new people we work to lower their barriers to entry. We strive to be inclusive and respectful of any person who is excited about disc sports.

We work hard to positively influence Atlanta's community with clinics, camps, and scholarships that offer the best coaching to all of Atlanta's youth players.

Miranda Knowles has been on the Hustle staff since it's inception in 2015. She was a world renowned player and is building just as impressive of a coaching career with experience coaching at every level in our sport. She was elevated to director of coaching before the 2018 season, when she also assumed the head coach role. Coach Knowles has a leadership role in the front office as well as authority over team personnel, strategy, and player development giving her unprecedented influence in the Atlanta ultimate community. 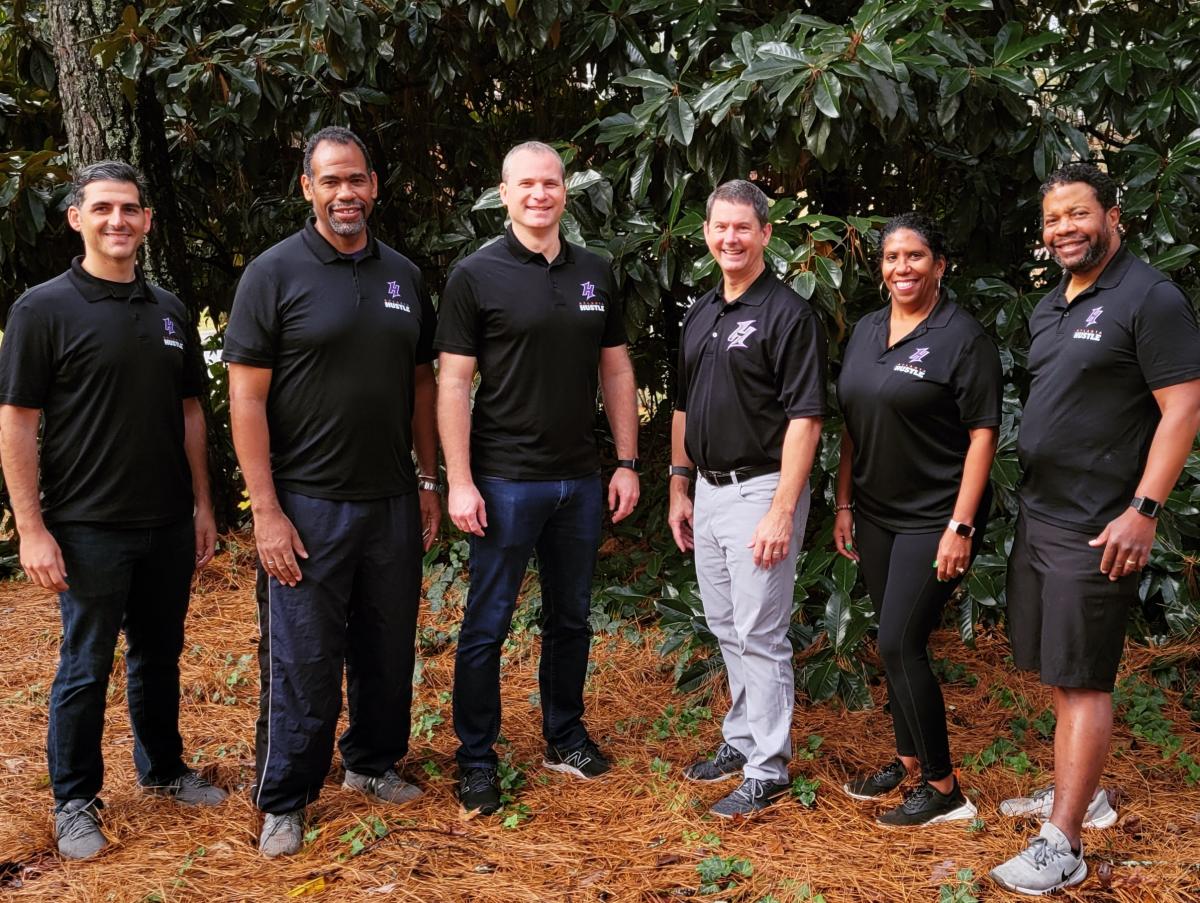 John Boezi, Current managing partner of the Hustle. John is an integral part of Atlanta ultimate. He has been instrumental in countless programs and efforts in the sport for the last 12 years. He has served in many capacities for the Atlanta Flying Disc Club, including 6 years as president. He served as AUDL operations manager for 2 years working closely with former AUDL commissioner Steve Gordon. He has played on a variety of open and mixed club teams around the area and is passionate about goaltimate and disc golf. His professional background is in mechanical engineering. He studied at Georgia Tech.

Steve Hall, was named AUDL commissioner in fall of 2018. He is the lead investor in the Hustle and was previously the lead investor in the Charlotte Express. His professional background is in private equity and he lives in the Charlotte area. Steve studied chemical engineering at Georgia Tech and earned his MBA from Emory University. Steve and his wife Christy have two college aged sons

Albert Banks, also from Charlotte was an investor in the Charlotte express before joining the Atlanta Hustle owenrship group in 2016. Albert attended the University of Florida where he played ultimate. He is currently a VP and partner at Union, a digital marketing and social media agency. Albert has played club ultimate for years and is still active in local leagues and mixed masters. Albert and his wife Katie have three young children, a son and two daughters.

Peter Thomas, Dr. Peter Thomas played college ultimate with UVM's Groovy Uvee and has played for teams that competed at Nationals at the College, Club, Masters, and Grand Masters levels. In addition to Worlds, he has played in tournaments in several African and Asian countries. He co-founded an ultimate team at his high school in 1982, played 20+ seasons in the AFDC, and recruited his 4 nephews to play independently on AFDC teams before they went to college. Dr. Peter Thomas' addition reinforces Hustle’s commitment to increased diversity in ultimate and among team ownership. His contributions to player recruitment and long-term relationship building will be a real asset to the organization. A native of Atlanta, and former Chain Lightning player, Peter brings a passion and experience for expanding the inclusion and visibility of ultimate to younger and more diverse communities and to new Atlanta populations.

Jeane & Lee Cheese: Jeanne and Lee Cheese have strong ties within the Atlanta community through their involvement in several civic and social organizations, including Better Marriages of Georgia and the Atlanta Chapter of Jack and Jill. The Cheese family are passionate about growing ultimate and increasing the diversity and accessibility of the sport at the youth level.  “With our love for sports, and the fact that we understand ultimate, we know there’s an opportunity to increase exposure and interest,” said Lee. Jeanne added “We really saw it as an opportunity. This is a place and time where we feel we can have an impact, a place where we can give back to the community.”