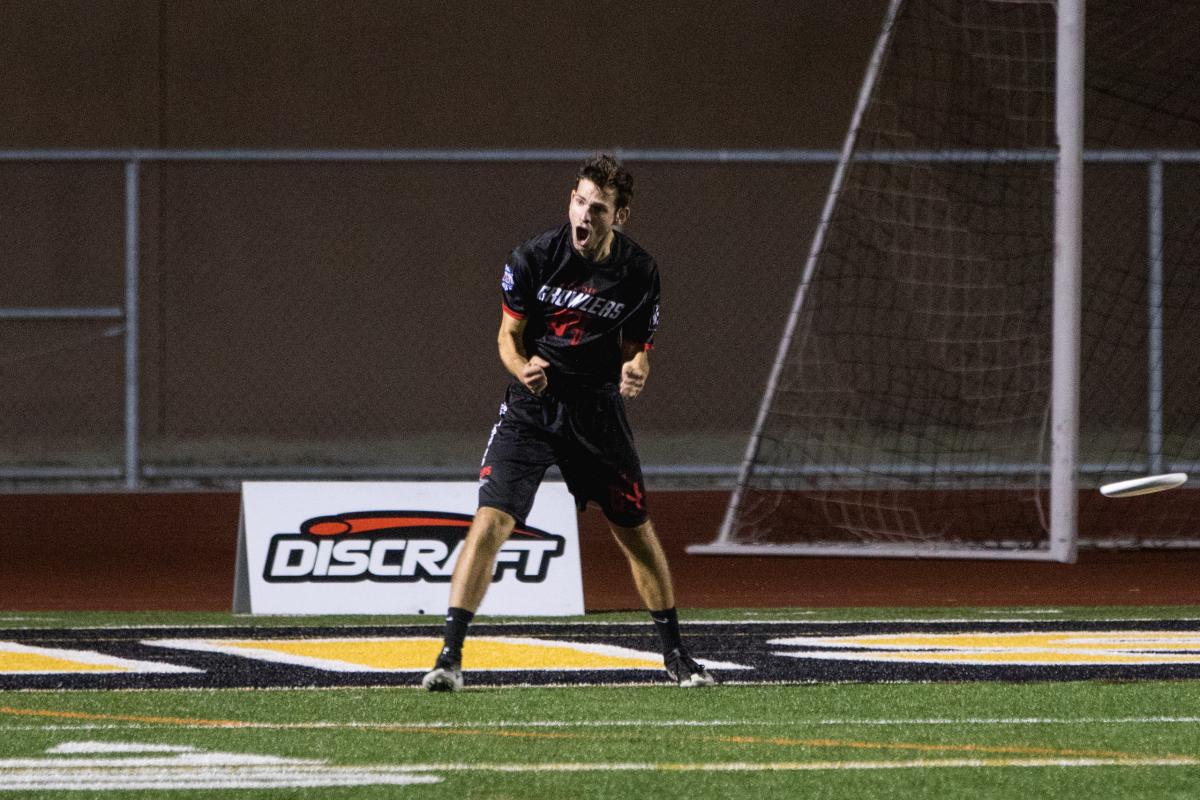 The San Diego Growlers drove north for a first place battle against their rival, the Los Angeles Aviators.  It was a shaky start to the game as LA held on offense and then broke the Growlers twice in a row due to some windy miscues, 3-0.  San Diego got back on track with some agressive cutting plus crisp throws and the teams proceeded to trade several points.  Trevor Purdy threw a lefty blade fick to Dom Leggio with one second left in the first quarter to make it a 6-4 Aviators lead.

The Growlers erased their poor start with a hold and two break scores to take the lead 7-6 in the second quarter. Both SoCal teams settled into a steady offensive pace and traded several holds with each other.  But with 9 seconds left and the count knotted at 10 all, a Leggio give and go resulted in a bladey flick huck that Travis Dunn came down with as the buzzer sounded, 11-10 in San Diego's favor.

Los Angeles received the second half pull and traded with San Diego until Jesse Cohen connected with Steven Milardovich for a break after a timeout call. The Growlers started riding the momentum wave as Scott Radlauer ascended through the sky for a huge break score, followed by a Sam Fontaine to Ryan Lacy break, and finally Dunn to Nate Bridges for the 17-12 advantage.  Two holds from each team and the score was 19-14 headed into the fourth.

San Diego was a supremely confident group by this point and Milardovich's flick huck yielded an acrobatic Sean Ham layout catch that was highlight worthy.  After a couple holds, Dunn's around throw couldn't be stopped as Cohen made a great diving grab for the break, 22-15. The game was well in hand at this stage because the offensive line of Leggio, Dunn, Ham, Milarovich, Cohen, Michael Tran and Tim Okita was too much for LA to handle, and they cruised to victory 27-21.

In his first game playing against his former team, Jesse Cohen led the way with 3 assists and 6 goals. Dunn, Milardovich and Leggio all had +7 games, and Sean Ham was business as usual with 6 goals.  The Growlers look to remain atop the West division as they host the San Jose Spiders under the May 17 Friday night lights of Mission Bay HS!