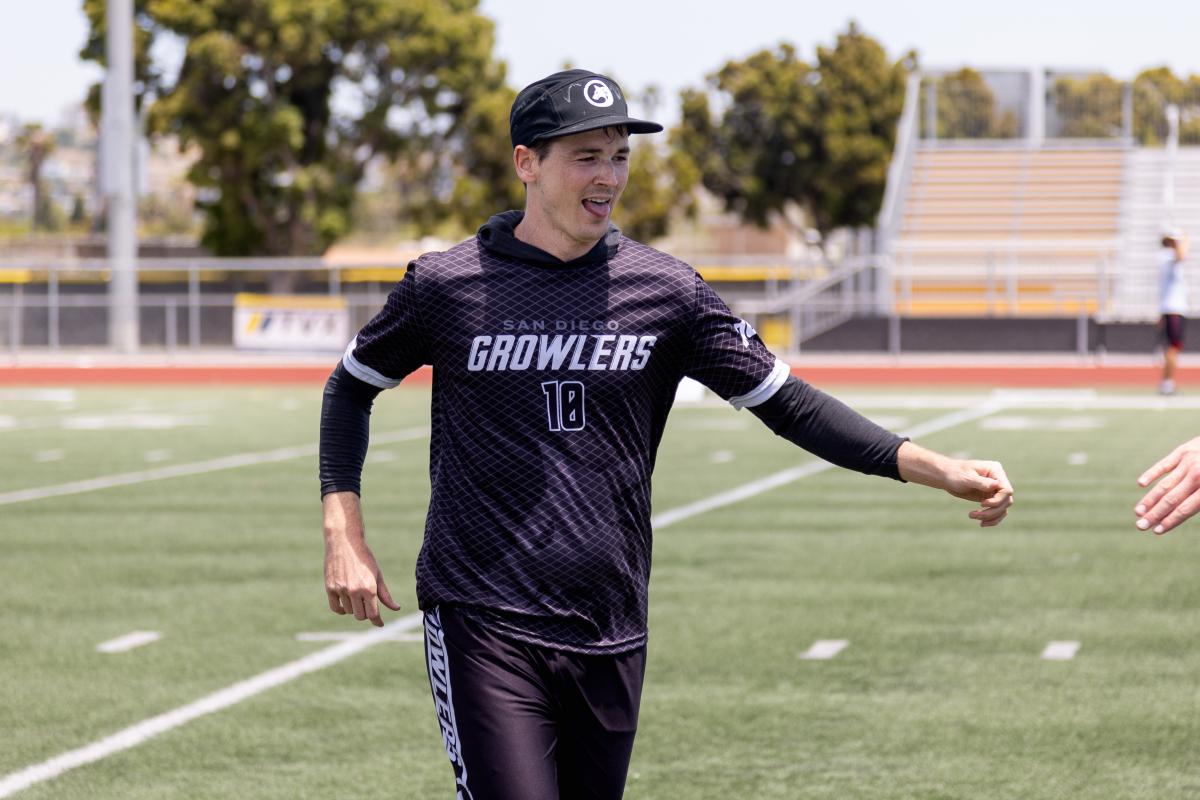 The San Diego Growlers looked to continue their win streak as they hosted the Seattle Cascades on a Saturday afternoon at Mission Bay High School.

In the first quarter, Seattle converted a downwind offensive point which started scoring trades from both teams, and a 2-2 score. Michael Tran came up with a block, then a Cascades throwaway gave San Diego back-to-back breaks. Later, the Cascades regained the lead after capitalizing on a couple Growlers throwaways, but San Diego responded when Steven Milardovich tied the game. With two seconds remaining, Seattle threw a full field hail Mary, and the disc was deflected by a Growlers defender and caught for the 9-8 lead.

The Growlers’ offense began the second quarter with a hold after four combined turnovers to tie the game, and almost four minutes later, Bryce Lozinski’s assist gave San Diego the lead again. The Cascades tied the game two more times but the Growlers responded with a goal of their own, and Jordan Queckboerner blocked Seattle’s last second attempt. Sean McDougall caught a goal and handed out two assists and the Growlers led 13-12 at the half.

Seattle opened the third with a score to tie the game, but a connection from Jonathan Helton to McDougall and a break after Reggie Sung’s block gave the Growlers a two point lead. The quarter ended with a 143-second point that saw an injury timeout, two blocks and two throwaways from the Growlers defense, but San Diego retained the lead, 17-16.

San Diego scored the next two points that spanned almost half of the final quarter to take a three-goal lead, their largest of the game at 19-16. However, the Cascades battled back to within one with a quick offensive conversion and a defensive break. The Growlers scored three goals in the final three minutes to hold on to the win, with Tran recording another clutch block, and Milardovich scoring two of the last three goals to help the Growlers secure the 22-20 victory.

McDougall continued his strong season with San Diego with a +7 plus/minus performance, dishing five assists and scoring two goals, and Paul Lally contributed a +6 with 3 assists, 3 goals, and 1 block. Hunter Corbett, Collin Gall and Milardovich recorded a team-leading four goals in the winning effort, and Tran led the team defensively with four blocks. The Growlers have a two week bye before hosting the expansion Portland Nitro on Saturday, June 11 at 5 pm at Mission Bay High School.