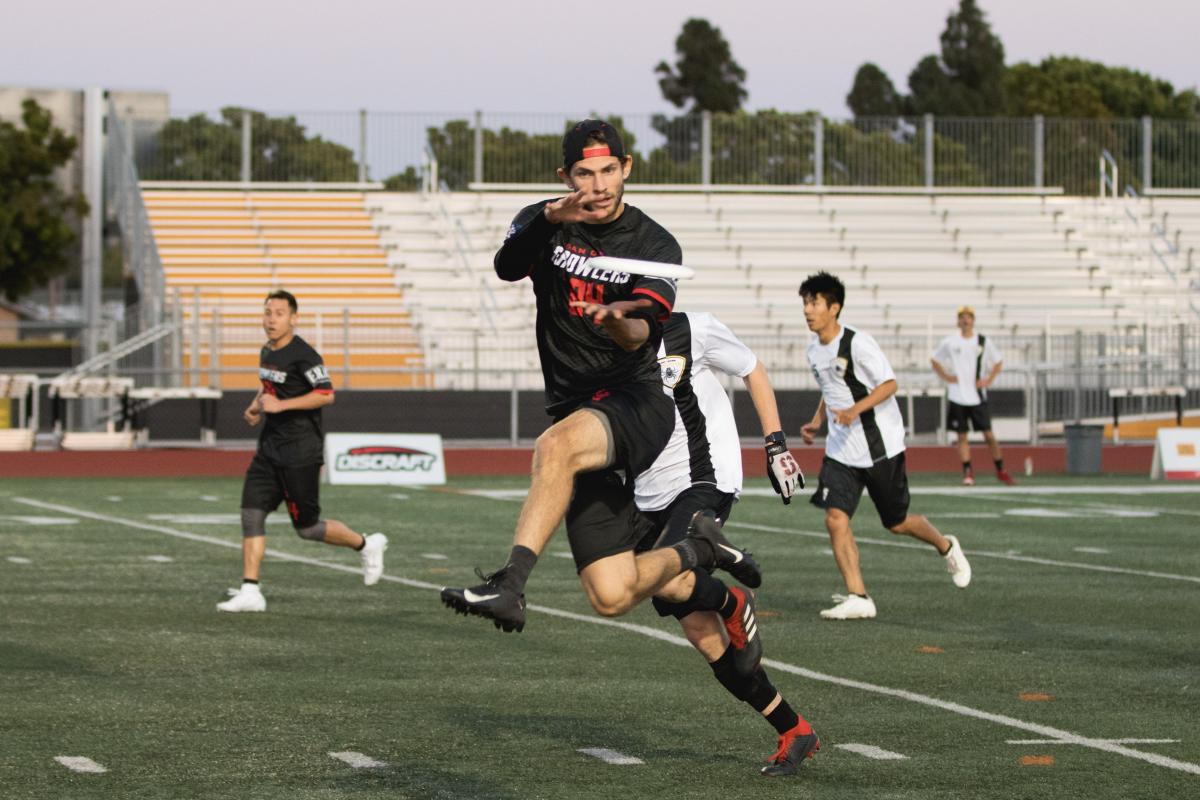 The San Diego Growlers hosted the San Jose Spiders under the Friday night lights as they aimed to keep hold of first place in the AUDL West Division.  The Spiders got off to a great start with a couple highlight reel layout catches and broke the Growlers twice for an early 3-1 lead.  San Diego bounced back quickly with an offensive hold and four straight breaks to surge ahead, 6-3.  Both teams traded a couple holds to end the quarter and the home team had the advantage, 8-5.

In the second quarter, the Growlers wasted no time on defense as Nate Bridges took flight with a huge layout block, which led to a break, 9-5.  Holds from each team, then Steven Milardovich skied up for the block, which led to another break, 11-6.  San Diego was patient on offense and kept sprinkling in breaks as the quarter wound down. The Spiders scored with just under 3 seconds remaining before halftime, but enough time was left for Jonathan Helton to put a buzzer-beating flick on a platter for Trevor Purdy, 16-9!

San Diego didn’t let halftime stop their momentum and doubled-down with a hold and break to start the third, 18-9. The teams traded a couple holds before Bridges soared through the air for another impressive layout block, and the Growlers eventually broke again.  More trading ensued, and the Growlers would finish the third quarter in style with a Milardovich buzzer beater hammer to Helton, 26-15!

With a ten goal third quarter, the Growlers were comfortably ahead and the game was not in question.  Both teams traded several scores until the final buzzer sounded and the scoreboard displayed 32-20, a 2019 AUDL record for most points for one team in a game. The offense and defense shined in a dominant team win.