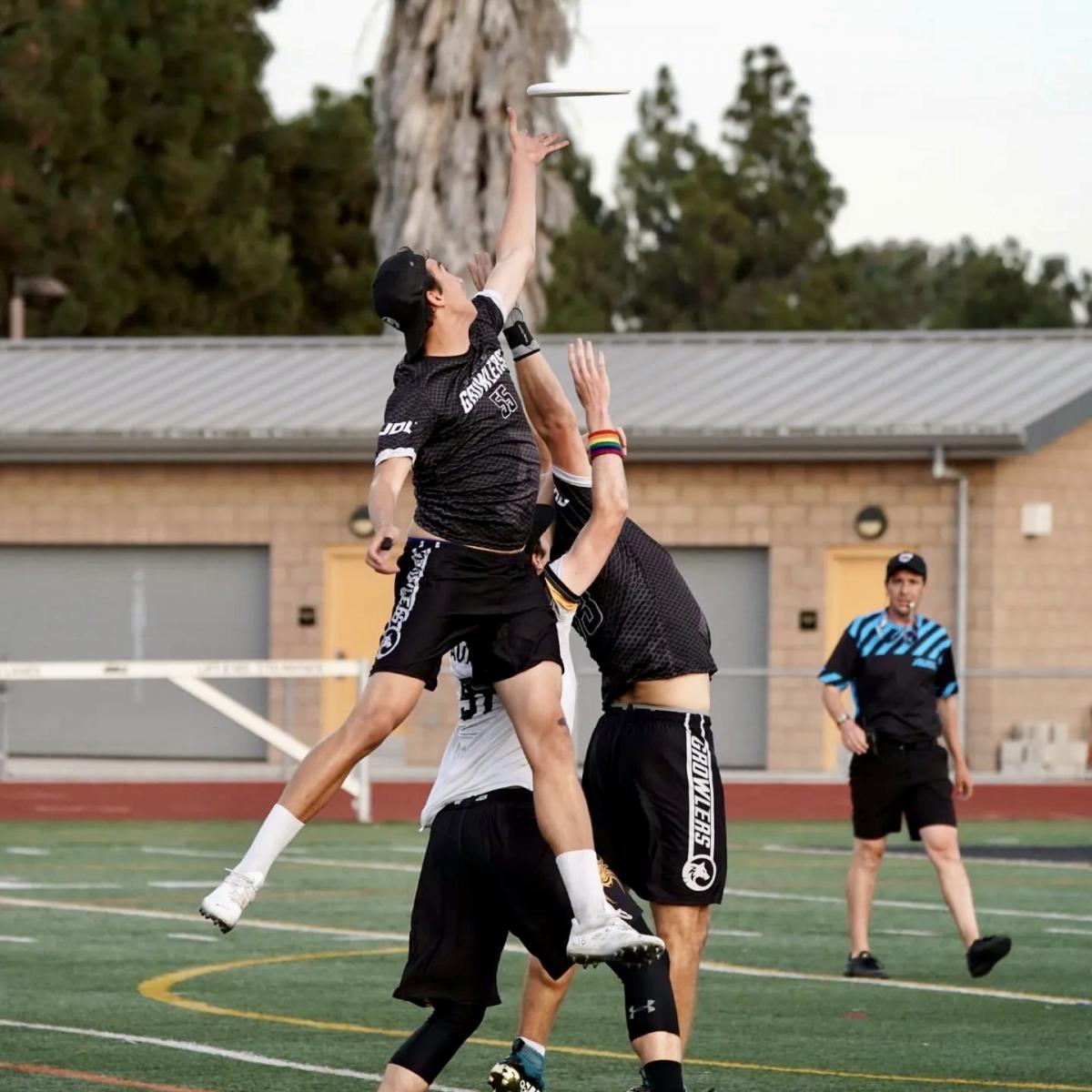 San Diego set the defensive tone early when Jeff Silverman shot out of a cannon for a layout block, and Elliot Warner dished to Steven Milardovich several throws later for a break score. Jordan Queckboerner followed suit with a heads up block which eventually led to Trevor Purdy assisting to Jesse Cohen for another break, 2-0. The teams traded three offensive holds each, until a Spiders drop gave the Growlers their third break of the quarter, 6-3. Oakland had a chance to score at the buzzer, but Purdy intercepted the disc to end the quarter.

The Growlers held to start the second quarter with Sean McDougall’s backhand throw finding a sprinting Hunter Corbett for the goal. A block by Warner denied a Spider’s goal, and after a San Diego timeout, Corbett found Tim Okita for a break to go up 8-3.  Oakland held, then registered their first break of the game, but Travis Dunn righted the ship with a huck to Cohen, 9-5. Each team traded two scores, then Queckboerner secured bookends with a block and a goal.  San Diego doubled down with another break when Zac Schakner threw a perfect backhand to Ethan Li, 13-7.

Both squads started the third quarter by trading goals, but the Spiders crawled back in the game with a break, 15-11. The Growlers held with a Dunn goal, and a Purdy block set up Queckboerner to Ben Levinsky for the break, 17-11. Oakland battled back with a hold and a break, but San Diego finished out the quarter with a Paul Lally to Kyle Rubin connection, 18-13.

To begin the fourth quarter, Dunn threw a cross-field flick to Collin Gall for the hold and the Spiders held as well. San Diego answered with a McDougall goal, then Jimmy McGuinness recorded a block in his first career game, and Okita would eventually secure the break score after a timeout, 21-14. The teams traded scores, with the Spiders earning a late break, but the deficit was too great for them to make up with the clock running down. McDougall and Dunn scored the last goals for San Diego as they closed out their victory 24-18.

The Growlers finished the regular season with a 9-3 record and were led by Travis Dunn with a +8 performance (7 assists, 3 goals). Sean McDougall and Hunter Corbett also contributed great games with +7 (4 assists, 3 goals) and +6 efforts (2 assists, 4 goals), respectively. San Diego will have two weeks to prepare before traveling to Salt Lake City for a West Division playoff game vs the Shred on Saturday, Aug 13!