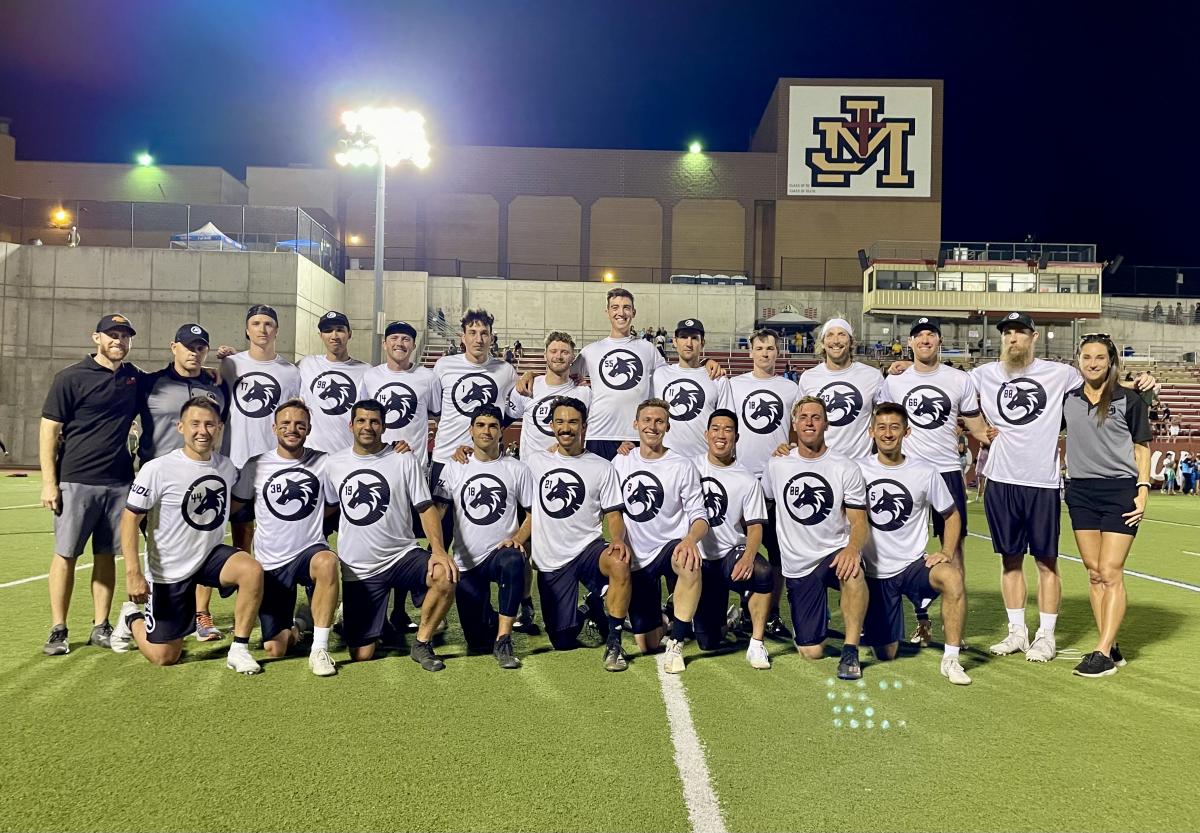 The San Diego Growlers traveled to Salt Lake City to face the Shred in the first round of the West Division Playoffs on Saturday, August 13. On a hot and gusty night, the stands were packed and the atmosphere was electric.

The Growlers started strong on offense when Travis Dunn launched a 60 yard backhand huck to Goose Helton for the score. After an interception by Bryce Lozinski on defense, San Diego called an early timeout, and Sean McDougall found Dunn for the break, 2-0. The Growlers had a golden opportunity to break again, but a bladey throw was dropped in the endzone, and the Shred went the length of the field to hold. Salt Lake proceeded to take advantage of several San Diego miscues and converted three consecutive breaks to take the lead 4-2. The last point of the quarter lasted 2:45, with 5 total turnovers, as the Growlers were eventually denied a buzzer beater goal by a defended pass in the end zone.

San Diego came up with a big block by Michael Tran to start the second quarter, but the Growlers could not convert and the Shred held, and then broke for the 6-2 lead. The Growlers found some offensive rhythm and both teams traded 4 scores each, until Salt Lake capitalized on another turnover, 11-6. After a hold, the Growlers needed some momentum and captured it by double-teaming on the sideline to force a turnover, calling timeout, and punching in a break. The same strategy worked on the next point as Stefan Samu rose up for a huge interception, which led to Max Hume rewarding Samu for the bookend score, 11-9.

Despite a turnover, San Diego’s offense held for a goal to start the second half, but Salt Lake countered right back, 12-10. Miscues and turnovers from the Growlers began to crop up again and the Shred made them pay for all of them, as they broke four times in a row, prompting a timeout, 16-10. San Diego got back on track with efficient offense and an assist from Kyle Rubin to Helton, but Salt Lake answered. Another multi-turnover point ended with McDougall dishing to Dunn for the goal with 5 seconds left, and McDougall’s interception ended the quarter, 17-12.

Almost exactly like the second quarter, Michael Tran had a heads-up block and threw the assist to Samu for the quick and much needed break. The teams traded goals, then the Growlers called a timeout after a Shred turnover to substitute in the offense. After over a minute of patient work, San Diego converted on their break opportunity, 18-15. With some newly created momentum, the Growlers forced lots of throws and eventually a turnover, which led to Jordan Queckboerner finding Samu for another break, 18-16, with 4:02 left in the game. The Shred called timeout to calm the nerves and got a key hold to extend their lead to 19-16. The final point of the game lasted over three minutes, and once again turnovers proved to be the Growlers downfall, with the last two daggers coming right outside the end zone on what would have been sure scores. The Shred called a timeout, completed several passes, and celebrated their first ever playoff win.

The Growlers were led by Sean McDougall with a +7 performance (3 assists, 2 goals, 4 blocks). Michael Tran contributed a +4 game, with Stefan Samu, Steven Milardovich, and Goose Helton each providing solid +3 efforts. San Diego fell short of their third consecutive West Division title and Championship Weekend appearance, but they will come back hungrier next year.  The Salt Lake City Shred will travel to Denver to face the Colorado Summit on Saturday, August 20 to determine who is best in the West Division.