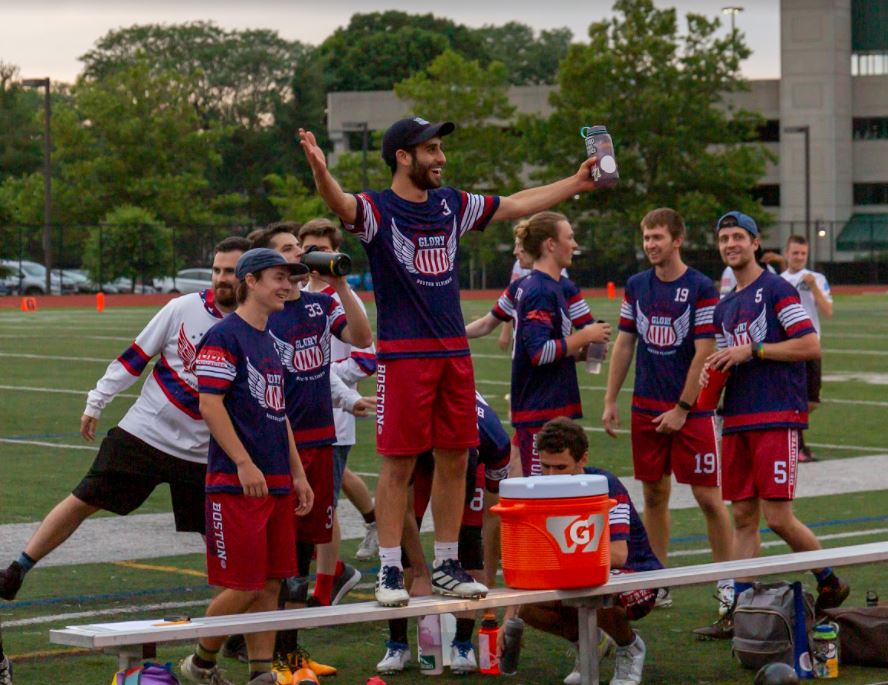 Boston Glory, helped by big nights from Ben Sadok and Tanner Halkyard, won a pivotal matchup Friday against the Tampa Bay Cannons by a 24-17 margin.

“We’re looking for that first home win…” said Glory’s Ryan Woodhouse pregame. “It was a tough road trip but we really want to take it to [Tampa] today.”

Halkyard, serving as the primary cutter downfield for a third straight match in the absences of Tannor Johnson (lower body) and Orion Cable (unavailable), had another big night, leading all players at +8, and tying Glory’s Nick Thompson for a game-high 5 goals, including continuing his trademark textbook end-of-quarter play, with a sky in traffic to end the third.

For Sadok, it was a return to form of sorts, as he put in 5 assists for the first time since Glory’s week one win against Pittsburgh. But to Sadok, that’s not a trend that he follows too deeply.

“Just game by game…” Sadok said, postgame, “we had some great personnel today to... throw too, the plays were there, I think the opponents matter and the conditions as well…”

Sadok added a single goal as well in Boston’s win, his lowest tally of the season after entering the day as the league’s leading goal-scorer.

42 year old handler Josh Markette made his Glory debut, going +2 and adding 2 assists and a goal.

“I have the utmost respect for him [Markette]...,” Sadok said of the veteran. “... that he can still play at this level and contribute.”

Cannons fall to 1-4 on the season, despite strong performances from Bobby Le (5 assists) and Unmil Patel (4 goals),but Boston’s defense proved too much to handle for Tampa Bay’s offense, as the O was held to just 37% on offensive holds, thanks in part to Gustav Haflin and Ethan Fortin, both of whom tallied 3 blocks for Glory.

For Tampa Bay, they will host Raleigh Flyers in Week 5; while Boston look forward to a bye week, followed by game two of a three game homestand on July 10th against Philadelphia and the (currently) 2-2 Phoenix.