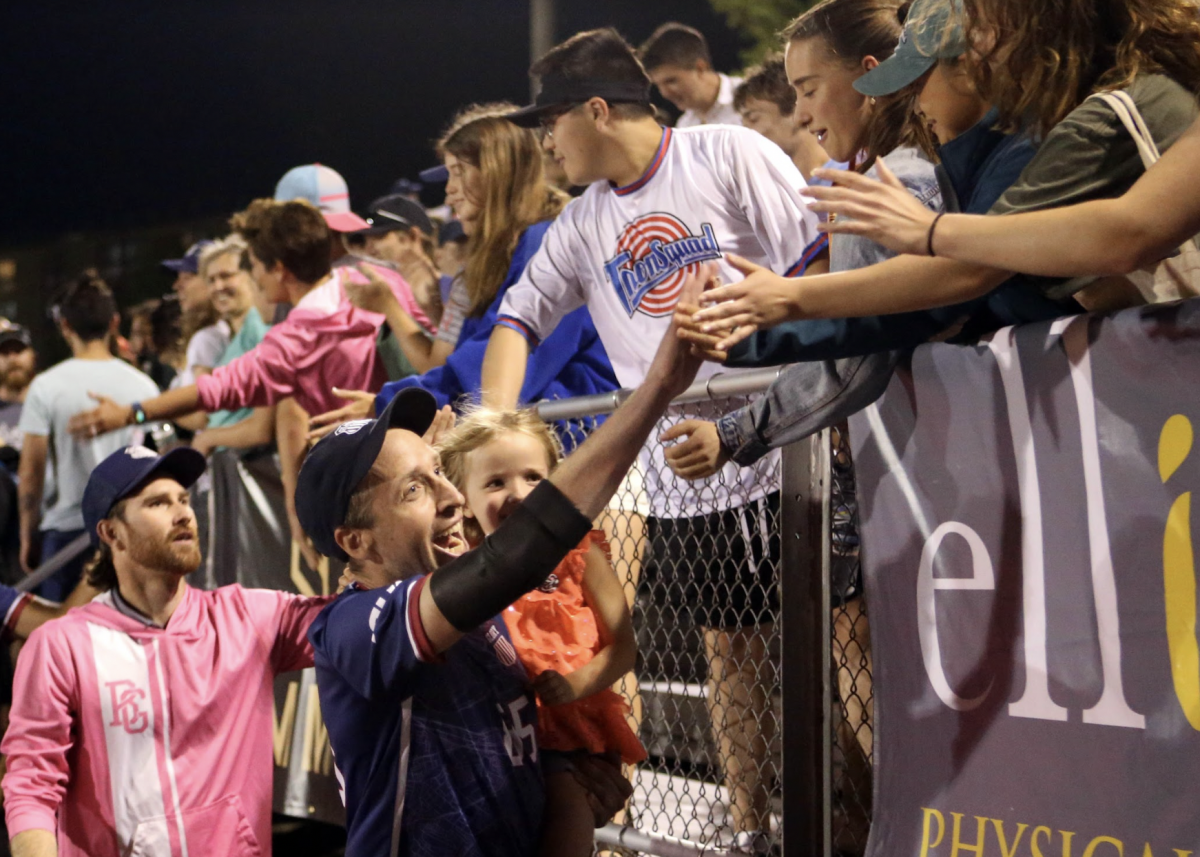 With the score tied 18-18 and 38 seconds on the clock, Boston received the pull needing a score. Glory marched the disc down the field with one eye on the clock. No throw was more than twenty yards downfield, but after contact on a catch, Jeff Graham found himself with the disc at the 15-yard line and five seconds on the clock. As Hormel Stadium’s bleachers filled with fans counted down the final five seconds, Graham found Tannor Johnson for a quick dump before going upline and gaining enough separation from his defender to score the game-winner in the final second, throwing the disc into the crowd and running into a sea of fans to celebrate.

“Headed out from the sideline we said, ‘This is why we play the game,” recalled Graham postgame. “Got down there, there was a foul, found Tannor, looked at the clock and saw there were three left and said, what can I do to get open, and made the play. It was a ton of fun.”

Glory were 2-5 heading into Friday’s home matchup against the Outlaws, but with the win now improved to 3-5 and 5th in the Eastern Division. Ottawa lost both to Boston and to New York on day two of their northeast double header, putting their record at 1-6, last in the East. Ottawa’s one victory came in the first meeting between the Outlaws and Glory, where the Outlaws took advantage of a weakened road Glory roster and won 21-19 in May.

Ottawa and Boston kept it close the entire game. Neither team led by more than three points all game. The unpredictable wind and sunny glare in the first half caused a total of 37 throwaways between the two teams. Hucks were unreliable, with Ottawa getting 50% of theirs and Boston hitting 56%. Ultimately, it was about getting good under cut looks and snappy throws to avoid the wind that proved crucial for both teams.

Jeff Graham finished with 4 goals, an assist, and a perfect 19/19 on competitions. Tannor Johnson had 4 goals of his own along with 4 assists. Ben Sadok led the game in total yards with 643 and in assists with 6. Sadok’s 37 completions bring him to a season total of 369, which tie him for third-most league-wide.

Glory will travel to Toronto for a rematch against the Rush next Saturday, the 25th at 7 pm EDT.