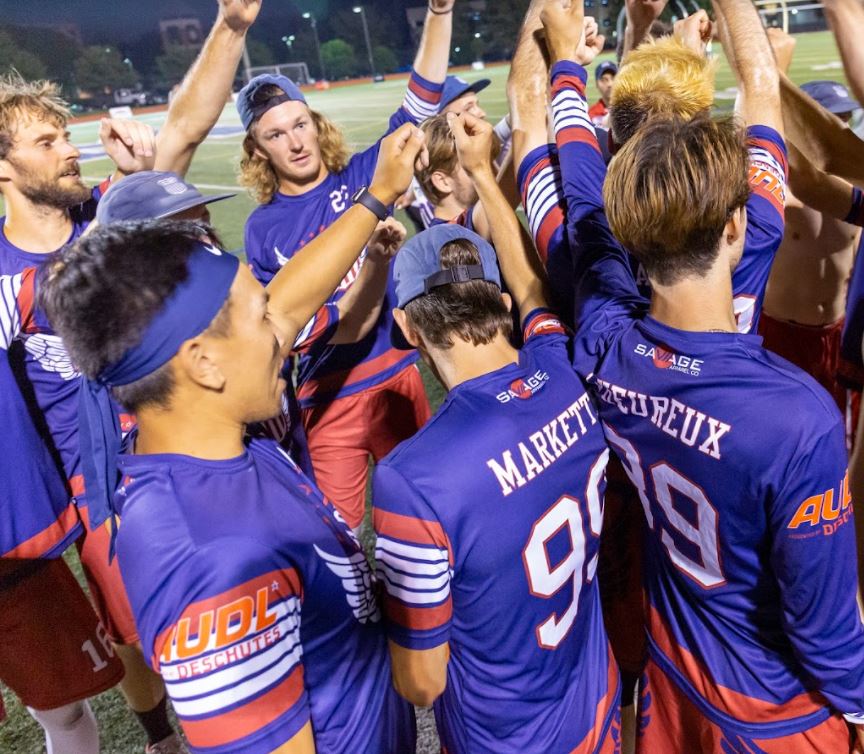 After a storm rained on Glory's parade last week, Boston returns this weekend with their first road match in a month against the Tampa Bay Cannons.

This is the second clash of the season between Boston and Tampa Bay, with the reverse of this matchup going Boston's way, to the tune of a 24-17 victory at Hormel Stadium on June 25th. Nick Thompson had a breakout game for Glory, recording 5 goals; while Tanner Halkyard (who was unavailable the following week, and absent from Boston's 20-man roster for New York) also recorded 5 goals and added 3 assists.

The Cannons currently sit last in the Atlantic Division, and will need to win out to have even a chance at securing a playoff spot.

Despite their record, Tampa Bay are not a team to scoff at. They pose a strong attacking threat, through the handling of veteran Bobby Ley (27 assists, tied for 3rd in the AUDL). He recorded 5 assists against Boston earlier this season, but completed only 76% of his passes.

Boston look to deliver a similar result to their previous meeting against Cannons, as their cycling of handlers continues. Orion Cable, who had not played since week 2, was slated to return to the lineup against New York; while Halkyard was absent from the roster for a second week (though, Halkyard was at the stadium and could've been a late roster change). The absence of Tannor Johnson continued last week as he recovers from a nagging ankle injury. Johnson did however return to action at Boston Invite last weekend with his club, Sprocket, playing limited points.

Boston's defense will need to put in a similar shift to their previous clash with Tampa Bay, especially in covering Ley. When Ley struggles, as he did in June, Cannons also struggle behind him. Boston will also be looking for a big shift from Cable in his return, as Boston slowly recovers the size-and-speed combination that worked especially well in their opening week win against the Pittsburgh Thunderbirds.

Tampa Bay will need their cutters, in front of Ley, to outplay Boston's defense. Boston's D-lines have struggled at times this season, and exploiting that could be a key for Cannons' victory this weekend.