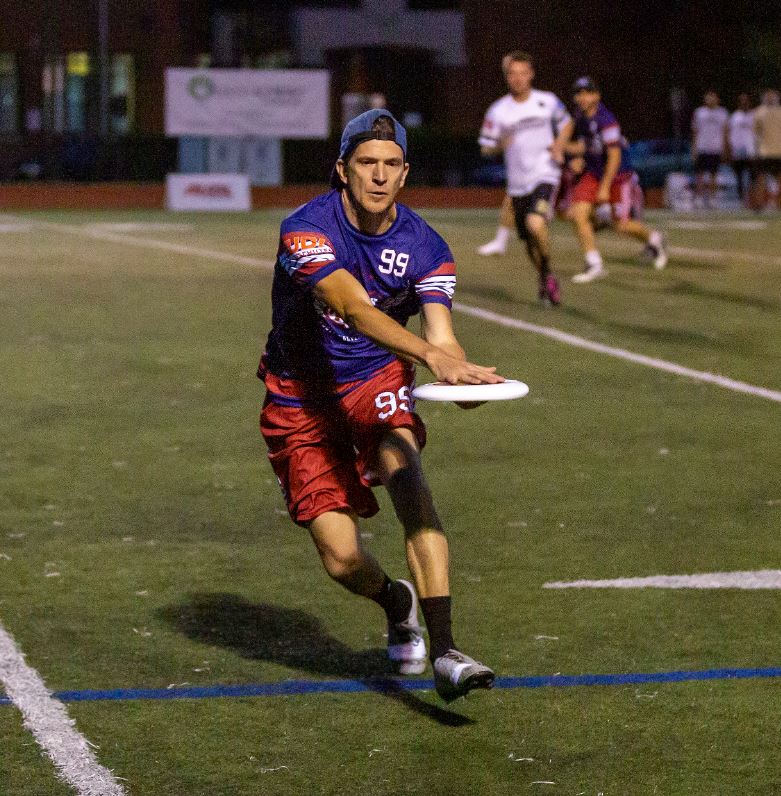 Philadelphia enters the weekend 2-3, following a 23-20 loss to their cross-state rival Pittsburgh Thunderbirds. Phoenix will play a doubleheader this weekend, with a clash against a no-longer-undefeated New York Empire Friday before meeting Boston Saturday.

Philly’s offense is led by a three man core with; Sean Mott, Mike Arcata, and Greg Martin the key man downfield who averages over 4 goals per game. Arcata enters the weekend tied for 8th in the league with 19 assists.

Much like Boston, Philadelphia’s high-powered offense is hindered by sometimes-shaky defensive showings, as Phoenix ranks 11th of the 19 US teams in points against per game (20.8). Their primary issue lies in their handler-defense, with often weak forces allowing opposing offenses to get off easy throws to reset stalls or move downfield.

Boston’s defense has continued to be their kryptonite this season, as Glory enters week 6 tied for 18th in the league with 23.6 goals allowed per game; while the offense continues to fly high at 23.2 GPG (T-5th with Austin).

Boston will continue to look to their dynamic duo of Ben Sadok (+24, tied for 9th) and Tanner Halkyard (+31, tied for 2nd) on offense as they continue to await the return of Tannor Johnson from his week-1 injury, which could come at any time. Sadok has emerged as one of the best all-around offensive players in the league, with the handler’s signature upline cuts helping him to 17 goals, tied for 9th in the AUDL. After struggling with his throws at times in weeks 2 and 3, he found his game again in the week four win against Tampa Bay.

This is a matchup that could turn into an offensive shootout. A key for both teams may be to outlast the other, as well as taking advantage of turnovers when they come as every break is crucial, especially in a matchup as offensively-tilted as this.

Boston will look to Sadok to continue to build off his form from week 4, and will need the cutter depth behind Halkyard to step up further.

Phoenix will need to keep Halkyard forced under. The games in which Halkyard has struggled (at least relatively speaking), defenses have kept Boston’s big man in the middle of the field. This will be a two-pronged effort for Philadelphia’s defense, however, as when Halkyard is kept quiet, that’s when Glory likes to send Sadok deep, either forcing the double-team to open another cutter, or hitting Sadok in the endzone for an easy score.

Glory and Phoenix will clash Saturday at 7pm at Medford’s Hormel Stadium, in the second game of Boston’s 3-game midseason homestand.