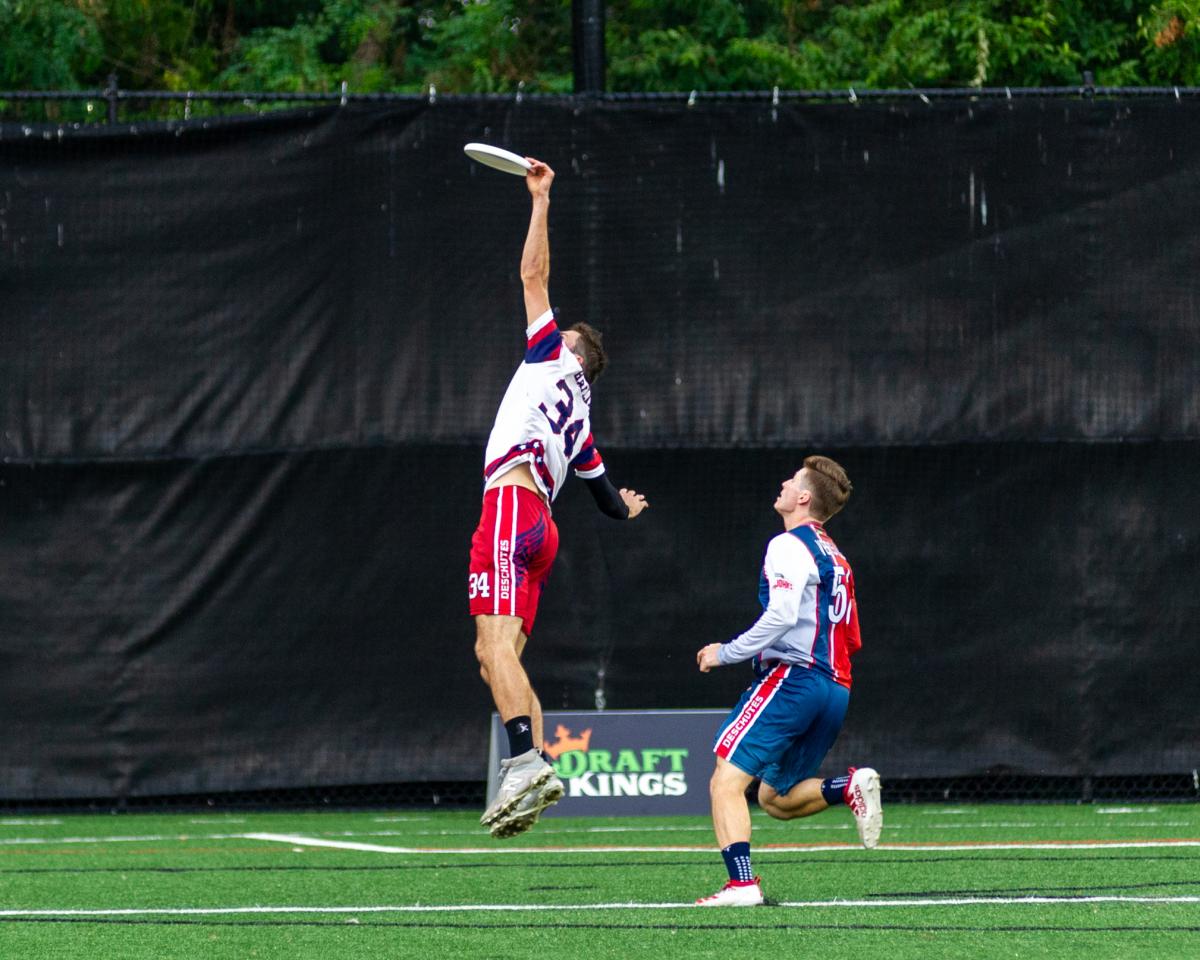 Boston Glory were handed a learning experience this weekend, in the form of difficult losses to both the DC Breeze and Raleigh Flyers.

The weekend began with a 32-20 loss to the DC Breeze. The Breeze put on a defensive clinic, going 12/14 on breaks and recording 12 total blocks. AJ Merriam’s +9 performance led all players, as did his 3 blocks as the defender continues his breakout sophomore season. In total, Boston were forced into 19 turnovers, as DC held the Glory to a season-low 94% completion.

DC’s clinic then turned offensive, going a perfect 22/22 on Red Zone Possessions. If a team goes perfect in the red zone as DC did Friday, there’s seldom a chance for that team to be beaten. Jonny Malks also continued his breakout season for the Breeze, with 5 assists and 4 hockey assists, factoring into 11 total goals for the second straight game.

It seemed everything Boston tried, DC was ready to counter. Tanner Halkyard, serving as the primary cutter in the absences of Tannor Johnson (injured) and Orion Cable (unavailable), was held to zero goals, as DC did a fantastic job of forcing the big man under and holding to 4 assists and 3 hockey assists. For Glory, the primary catalyst for goal scoring turned out to be Ben Sadok, as the handler and co-captain tried to will his team forward, trading his signature uplines for deep looks, earning himself a season high 5 goals.

Merriam, Malks and the Breeze taught Glory just how difficult life in the AUDL can be, as well as how the game is played at the top level; lessons the Glory then took to their second matchup of the weekend, a clash with an 0-2 Raleigh Flyers team desperate for their first win of the season.

Almost immediately, Boston’s fatigue showed, and another lesson was learned - weekends with back-to-back games can be one of the most difficult parts of an AUDL season. Boston, still without Johnson or Cable, did re-add a few key pieces with Ian Engler and Brendan McCann both returning to the lineup after being rested Friday.

Saturday started seeming like it would be a repeat of Friday’s blowout, as Raleigh flew out of the gate with 3 straight breaks. Boston was able to quickly stop the bleeding, stabilizing Raleigh’s lead at a margin of three. Boston would excel at one area in this game- earning the final goal in each of the first three quarters, an area crucial to success in the AUDL. All three of those goals came from Halkyard who would tie Sadok- once again given the green light to cut deep, with a game-high 6 goals.

Glory would go into the half down three, thanks in part to a buzzer beating Sadok huck that found Halkyard in a jump-ball scrum. Boston would then begin the second half much like the Flyers started the first- with three consecutive breaks, tying the game at 16. Boston however would never lead, as Raleigh would soon get a hold, followed by a break to regain their lead, ultimately winning 27-24.

Much like the Breeze, the Flyers were nearly perfect in the Red Zone, going 18/19, converting on 76% of their total holds. Boston were only given 5 break opportunities, converting on just the 3 to begin the second half.

This weekend was, at its core, a learning experience for Boston Glory. In both games on both sides of the disc, there are many lessons for Glory to take moving forward. Much of this weekend can be chalked up to Boston’s lack of AUDL experience. Something that comes with time and practice.

Next up for Boston is a 3 game, 4-week homestand, beginning Friday June 25th against Tampa Bay Cannons, with first pull set for 7pm at Hormel Stadium.