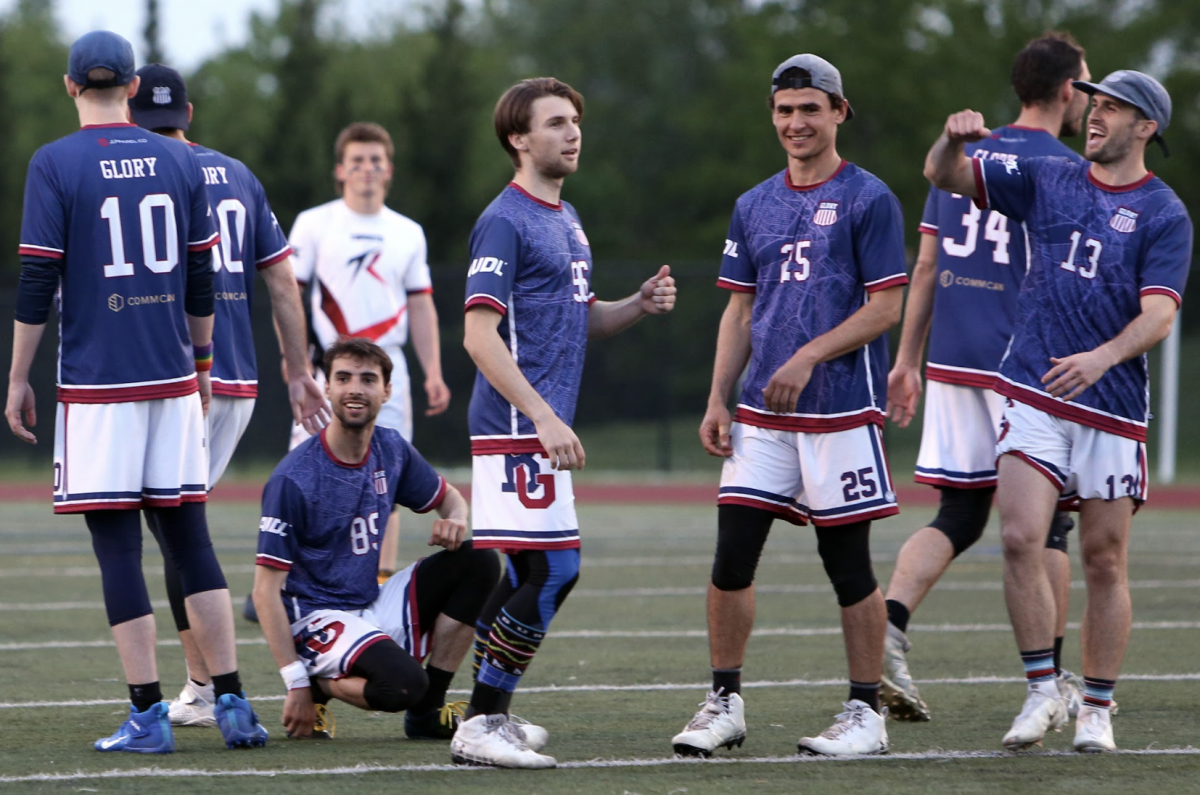 The 2-3 Boston Glory travel south for a road doubleheader against the DC Breeze (on Friday 6/3 at 7 pm EDT) and the Philadelphia Phoenix (on Saturday 6/4 at 7 pm EDT).  After a week off, the Glory will hope to preserve some of the magic from their 23-13 blowout of the Toronto Rush in Week 4. The Glory delivered a dominant first quarter -- A total of one incompletion and four breaks put the score at 7-3 going into the break. Three of those first-quarter goals came from Jeff Graham, who would end the day with a game-high five goals.  “It’s easy to play offense out here with a field that’s this big,” Graham said. “To make a statement like this, it brings us a lot of confidence. It’s a huge springboard for that.” Toronto and Boston traded blows for most of the second and third quarters, but a 6-1 fourth quarter put the game on ice for the Glory.

The Toronto game ended a three-game losing streak and put the Glory at a record of 2-3. If they want a chance at one of the three playoff spots in the Eastern Division, they’ll need to find a way to win on their road trip with their depleted road roster. The team will be without four of the seven o-line starters from the Toronto game -- Cole Davis-Brand, Orion Cable, Tannor Johnson, and Jeff Graham will all not be making the road trip with the team. Cable, Johnson, and Graham didn’t travel on the road trip to Canada earlier in the season, but Davis-Brand was a spark plug for the offense despite losing to both Ottawa and Montreal.

Glory will look for others to step up and take the games over without their traditional playmakers. Captains Ben Sadok and Willie Stewart both had phenomenal showings on the last road trip and will hope to seal the deal this weekend. Cam Wariner (one of Daniel Cohen’s Players to Watch this week) will look to continue his dominant defensive season.

Friday’s game against the DC Breeze (2-1) will be the first meeting between the two squads of the 2022 season. Last season, DC decimated Boston 32-20. Breeze currently sits at second in the East, behind only the undefeated New York Empire, whom they lost to in week one.

Saturday’s game will be a rematch against the Philadelphia Phoenix (2-3). Glory squeaked out a win against Phoenix in this season’s home opener, 25-24. The Phoenix are currently fifth in the East, one spot behind Glory due to the head-to-head tiebreaker.