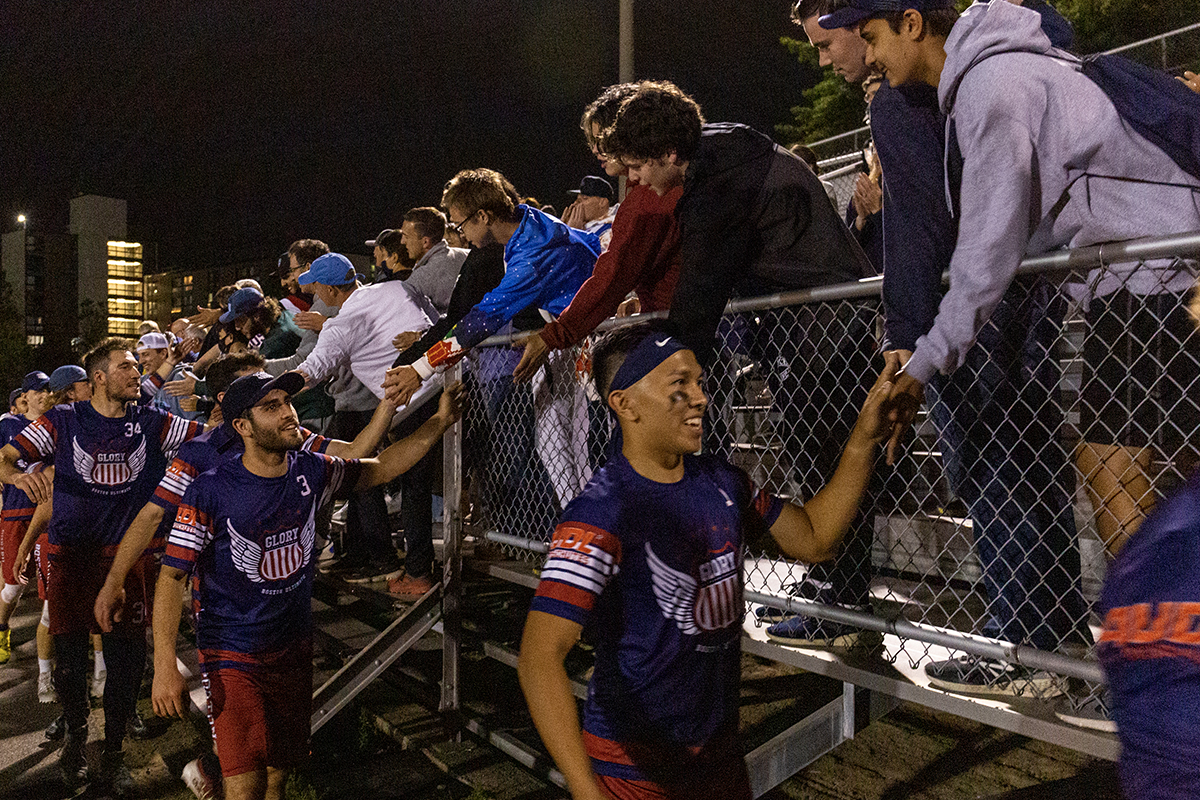 Both teams enter this matchup with a 1-3 record, meaning that- if ever a week-4 matchup could be a "must win," then this is one. With both teams 2 games back of the DC Breeze (3-1) for a playoff spot, this early season match may already have playoff implications.

Despite their 1-3 record, and previous seasons near the bottom of their division, the Cannons are nothing to scoff at. The Cannons come to Boston with a strong offensive core; highlighted by a pair of elite goal-scorers in Andrew Roney and Ryan Chard.

Roney, serving as the offensive anchor for Tampa Bay, enters week 4 with 14 assists, tied for 8th in the league. Roney is a speedy handler- but don’t let his 2 goals fool you, he can also be a threat downfield.

Chard, certainly Roney’s favorite target, enters week four with a team-leading 11 goals. Ryan Chard is a player capable of playing both sides of the disc, serving as a D-Line Cutter for the Cannons from 2015-2018, before shifting to the offense in the 2019 season, so expect to see him play defensive-line shifts if Tampa needs a spark. Chard also offers Tampa a unique advantage, with a defensive catalyst (one with 44 career blocks, and 5 this season) there to support the offense if they turn the disc over.

Tampa’s three losses have come to Philadelphia, DC and Atlanta, respectively. The latter two have also beaten Glory, which could make this one of the week’s most even matchups.

For Glory, the roster shakeup continues as Boston looks to snap their 3-game losing streak. This week, Head Coach Sam Rosenthal turns to a Boston legend in Josh Markette. At just 42 years young, Cricket is a Team USA veteran (2016 World Ultimate & Guts Championship) and USA Ultimate National Champion with Boston Ironside (also 2016). That year, he was named as Ultiworld’s Men’s Offensive Player of the Year. The handler is poised to make his AUDL debut Friday, with the chance to bring his experience and wisdom to right the ship in Boston.

Orion Cable is also expected to return to Boston’s lineup. Cable missed last week’s doubleheader for Boston, and his absence was noticed as Boston’s offense struggled to keep up with DC and Atlanta.

First pull in this pivotal clash is set for Friday at 7pm, at Medford’s Hormel Stadium.