What to expect from the Boston Glory in 2020? Storylines for year one | AUDL
Skip to main content 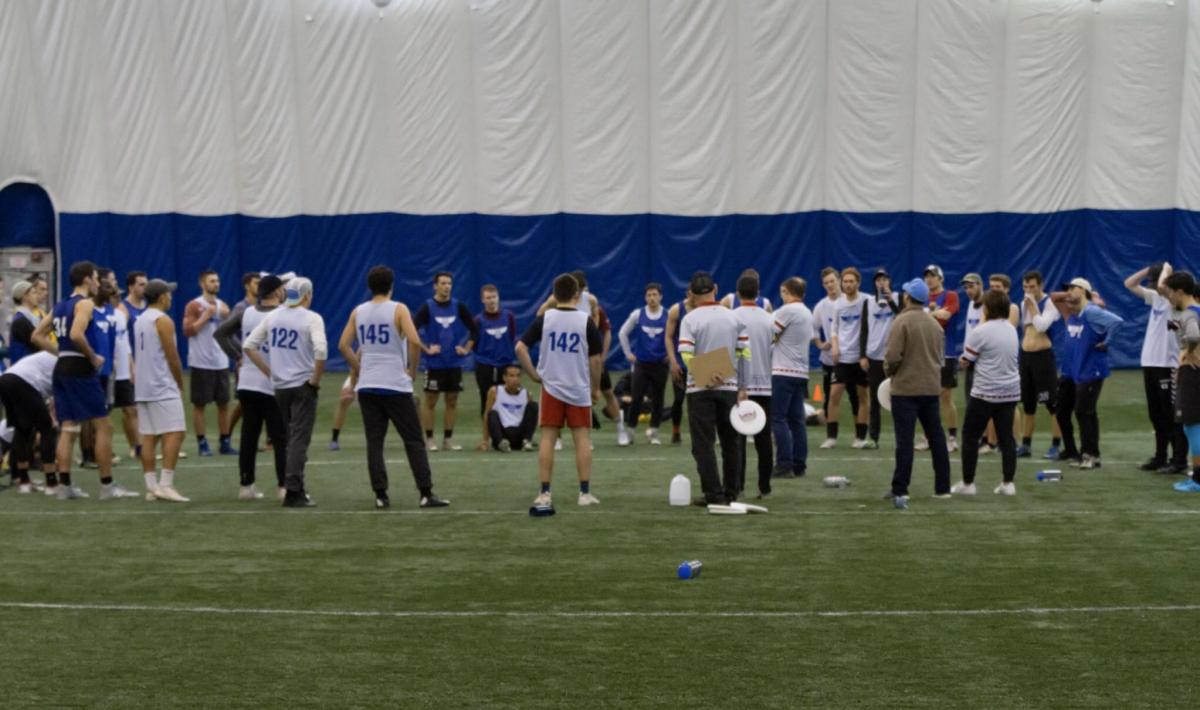 The last time Boston fans were able to witness professional ultimate frisbee was when the Whitecaps were still competing in Major League Ultimate (MLU), which suspended league operations on December 21, 2016. Out of the four seasons completed by the MLU, the Whitecaps won two championships, cementing themselves as a first-rate organization. In a community that has long been a beacon of ultimate, Boston will now get the chance to showcase their talent on the AUDL stage with the Boston Glory, the league’s 22nd franchise.

The team name was carefully selected to honor the tradition and history of the sport in Boston. “We selected the name in large part to pay homage to the longstanding excellence of the Boston ultimate community,” said Peter Collery, Glory co-owner and ultimate frisbee enthusiast. “The word Glory hearkens to such Boston institutions as the original Old Glory; the 54th Massachusetts Regiment from the movie Glory; and what may have been the greatest club ultimate team in the city’s history, ‘Death or Glory.’”

As co-owner, bringing Glory into the AUDL has been the realization of Collery’s love for ultimate and of Boston sports. “I was 18 years old when I moved to New York in 1977, and that experience turned me into a huge fan of Boston sports teams generally,” Collery said. “It was around that same time that I started playing Ultimate, and I’ve played for much of my life since then (despite demonstrating no talent for the game). Having the opportunity to be involved with a Boston-based Ultimate team is tremendously exciting for me.”

While the novel coronavirus pandemic put their plans on hold, Glory, whose introduction caused major realignment to the four existing divisions in the AUDL, will do much more than change the landscape of who plays who (if there is a season this year). Glory will look to carry that disruptive momentum into games against their new opponents in the East division: Montreal Royal, New York Empire, Ottawa Outlaws, and Toronto Rush.

In a division with two of the premier teams in the league—2019 undefeated champions New York and perennial postseason threat Toronto—and two scrappy teams in Montreal and Ottawa, Glory will be tested early and frequently. Despite being a first-year team, Boston is made up of savvy AUDL veterans, experienced club players, and energetic young talent, many of whom have played for the top club teams in the Boston area. Out of the 30 players on the active roster, 13 played on DiG, Boston's top men’s club team ranked eighth best in the country by USA Ultimate, and four played on Sprout, the 17th ranked men’s club team. Glory also have five players from Slow White, one from Snake Country, and three from Wild Card. The three mixed club teams ranked ninth, twelfth, and seventh, respectively, last season. 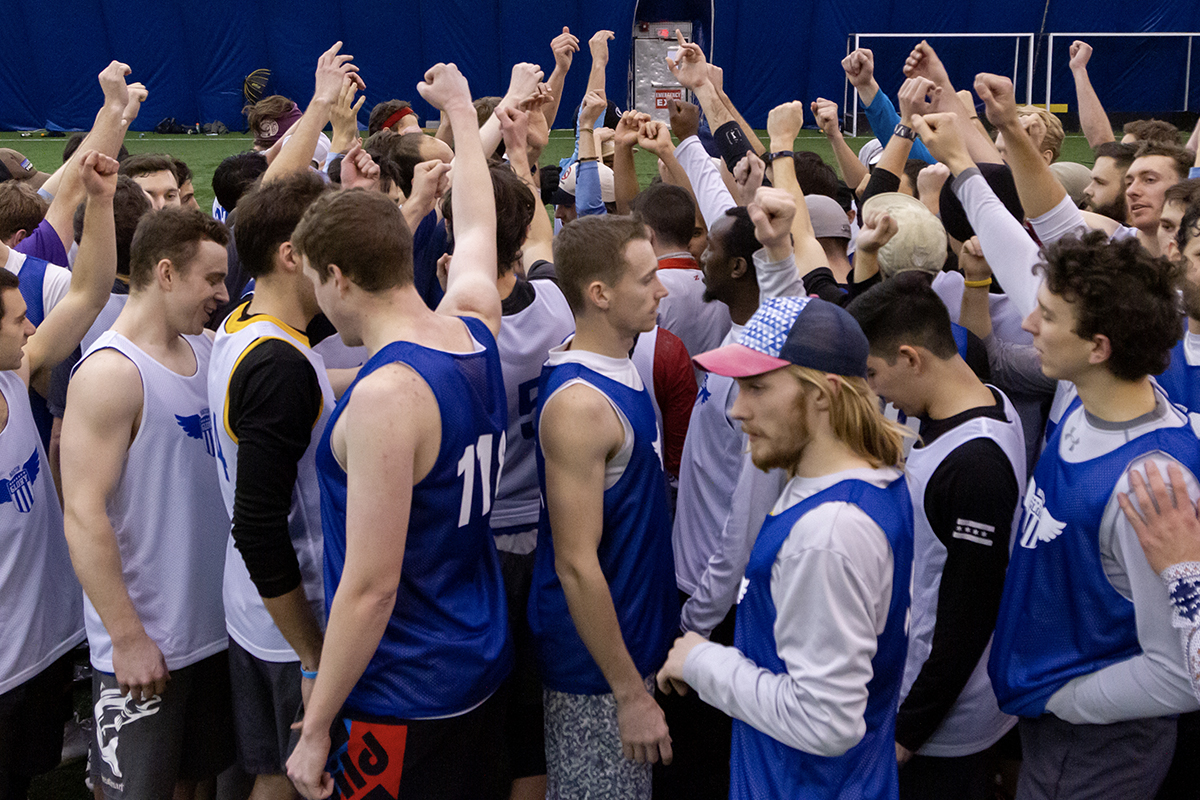 The elite level players that form much of Boston’s base will help catapult them into the top class of the AUDL. When looking at who the top players for Glory will be next season, UMass ZooDisc standout Tannor Johnson is a name that is frequently mentioned. One of the first players to sign for Glory, Johnson has represented the United States at the U24 level, was voted rookie of the year and First Team All-American three times by Ultiworld, and has played for top club teams in the Boston area such as DiG and Slow White. At an imposing 6-foot-4, Johnson is an explosive offensive talent. His combination of speed and disc awareness make him a dynamic downfield threat. And he isn’t just a potent cutter; he is also a capable thrower. Johnson can start with the disc, distribute, and sprint by his defender, and he can just as easily make a big throw to an open teammate. His quick release, long reach, and ability to get low will make him difficult to guard for many AUDL defenders. Not only is Johnson offensively gifted, his athleticism and large frame make him an efficient defender. He has incredible closing speed on the defensive end, and that, paired with great anticipation, make him a player who can switch onto defense should Glory turn the disc.

While Johnson is relatively unproven at the AUDL level, Brendan McCann is a player who has earned quality minutes in the league. Having spent last season with the Minnesota Wind Chill, McCann played an average of 23 points per game and was an effective defensive line handler. He has also been a standout college player with Michigan Tech. Ultiworld named him the D-III 2019 Offensive Player of the Year and he was a First Team All-American in 2019. McCann has also received praise from former Wind Chill teammate Josh Klane, who had the fifth most assists in the league last season. When it was announced that McCann had signed with Boston, Klane took to Twitter writing, “This guy is just a pure X-Factor and one of the best teammates I’ve ever had! Y’all are lucky to have him.”

Both Johnson and McCann contribute to Boston’s wide array of unbelievable young talent, but this team will rely heavily on its veteran presence. Players like Rusty Ingold-Smith, Maxwell Rick and Davis Whitehead, all of whom have played in the AUDL, will act as the leading voices, coaching and instructing the younger players on how to succeed at the professional level. Ingold-Smith, who played for Toronto in 2016, has spent time coaching ZooDisc, and is familiar with several of the players who have come through UMass’ program. Rick, meanwhile, a handler with Wild Card last summer, played for Montreal in 2017, while Whitehead, who was a driving force for Snake Country, played for the Madison Radicals back in 2014.

As one of the four members with AUDL experience, Ingold-Smith has been a role model for several players on the team, including Ilya Yudkovich. Yudkovich played at Northeastern, has captained Big Wrench, played on DiG, and was part of team Russia at the World Championships this past summer. 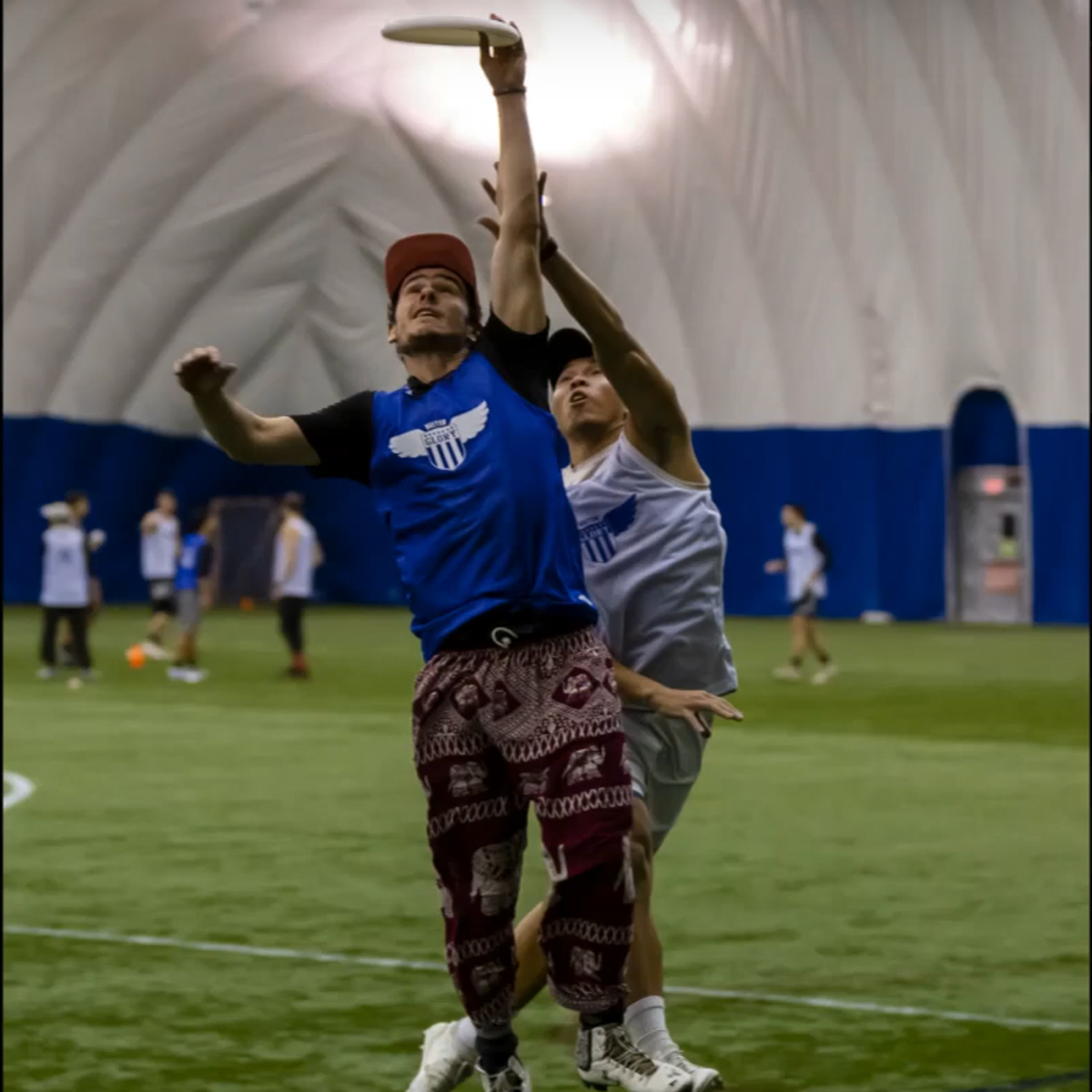 “One of my players that I like watching and learning from is Rusty Ingold-Smith,” Yudkovich said. “He’s a great defensive handler who has been around the game for so long and has a ton of experience. I am excited to continue that relationship with him and having him teach me things, growing with all the expertise that I get from him.”

Not only does Glory have player knowledge in professional ultimate, Head Coach Sam Rosenthal has spent several years around the pro game. He won the 2015 MLU title with the Whitecaps and made the MLU playoffs three times. Rosalyn Año and Mike Miller, the team’s two assistant coaches, were both founding members of Slow White, while Año was at the helm of Boston Siege in 2019 and Miller was a coach for the Whitecaps when they competed in the MLU.

“We have a deeply experienced coaching staff, including the former coach of the MLU’s Boston Whitecaps, who have a long experience of working together,” Collery said. “I don’t think they’re intimidated by expectations, or anything else.” 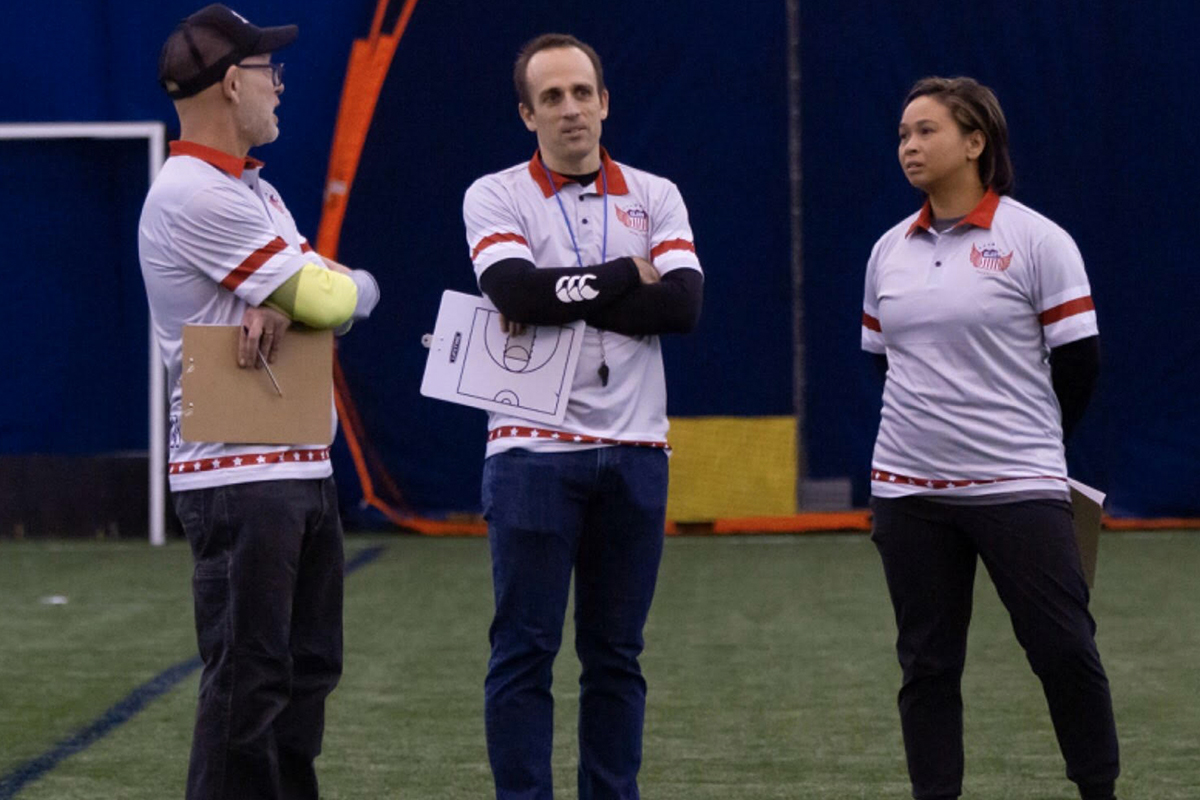 For an inaugural team joining one of the more competitive divisions in the league, the familiarity with the AUDL that the veterans and the coaching staff have will be invaluable to Glory’s success this season. As is the case with every first-year team, one of the biggest questions will be their ability to develop chemistry as a unit. While players and coaches were able to see what the team would look like during tryouts, Glory haven’t been able to practice together as a team due to the pandemic. Through group chats and Zoom calls however, they have been able to stay connected even while apart. Despite limited interactions on the field, this group has already made strides in developing the chemistry that is vital to team success in the AUDL.

“From all the people I’ve been talking to, it doesn’t feel like a brand new team,” Yudkovich said. “I don’t have this worry of ‘we’re a new team.’ I’m excited for us to be a new team and to see how we play together. There hasn’t been this nervousness, it’s more ‘let’s get out there, let’s push each other in practice and show everyone else what we can do.’”

With such a storied ultimate scene in Boston, even as the AUDL’s youngest franchise, Glory will be expected to immediately compete in the league. “The expectations for the team are that we know we can do well,” said Eugene L’Heureux, who was a four year player with ZooDisc and captained Darkwing, a mid-tier mixed club team based in Mansfield, MA, for several seasons. “We know we can beat some of these teams [like New York and Toronto]. At the start, it seemed like there was a very strong movement to get this chemistry. We know we have the talent, the experience, to make a run, beat some really good teams, and have a great season.” 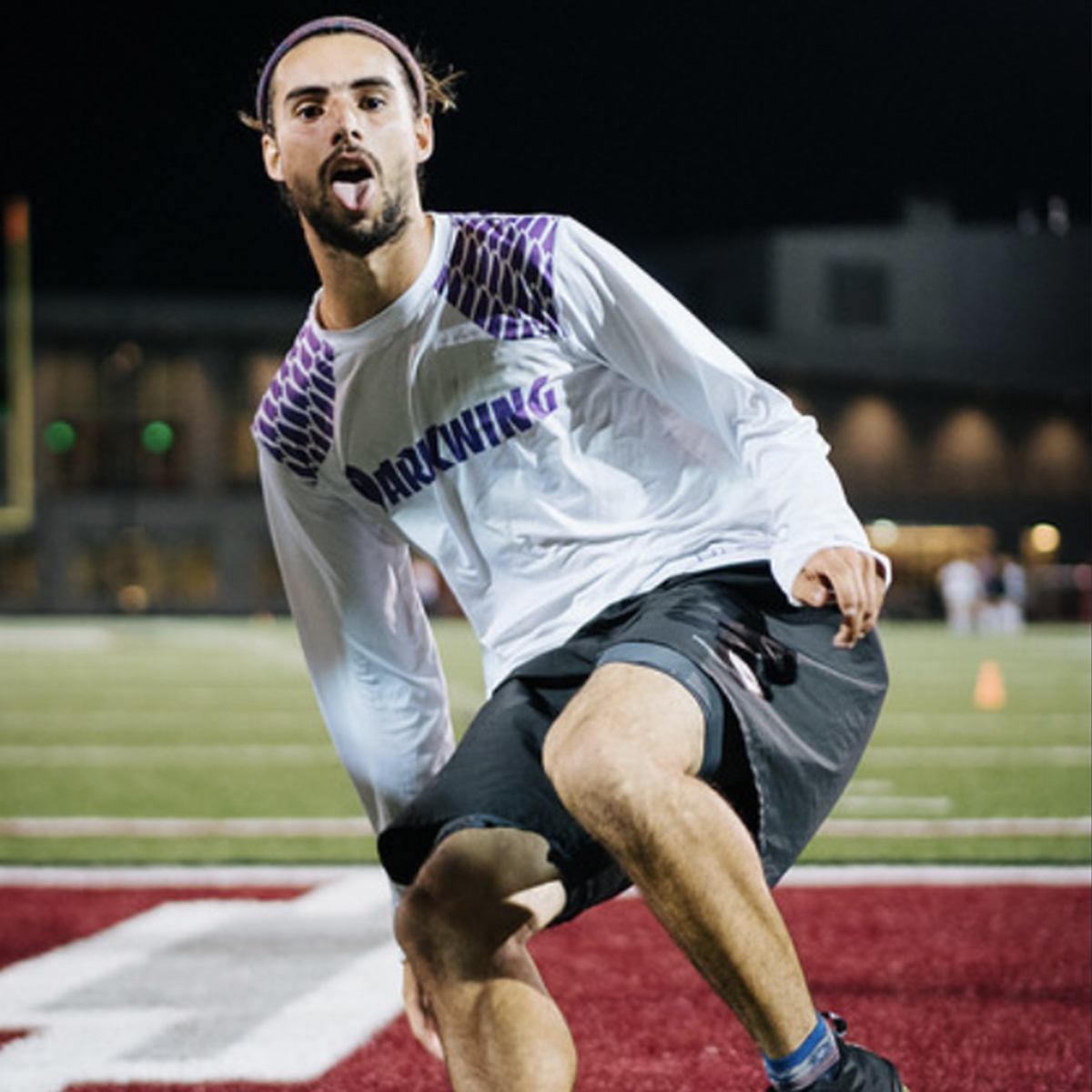 As the first expansion franchise to join the AUDL since the Dallas Roughnecks in 2016, the comparisons will be ever-present between the two clubs. In 2016, during their inaugural season, Dallas wound up winning the AUDL championship, setting a nearly impossible precedent for first-year teams. While the 2016 Dallas team was one of the best in league history, Boston should be taken seriously as legitimate title threats. Glory have quality players, an experienced coaching staff, and stable management. This team knows that there will be no easy games this season, but that won’t stop them from staying confident and eager to demonstrate to the rest of the league what Glory is all about.

“I think it’s as Peter said when we first formed the team, we’re title hungry, and there’s no reason why we can’t accomplish that,” Yudkovich said. “I’ve seen how hard we all work. Although there are some incredible teams in the division that have been part of the AUDL, who know the game, and there may be a learning curve for us, I don’t see why we can’t push the limits and really go for it all.”

With a team mentality of hard-work, dedication, and a will to grind out wins, Glory will compete in every game they play. Teams should be ready for Boston to have an intensity that matches the energy synonymous with the AUDL.

“We’re not a team that other teams should be taking lightly just because we’re new,” L’Heureux said. “We have a few players who’ve played on other AUDL teams in the past and they have been huge resources in our film sessions, in our group chats, when we’re doing workouts.”

While the club and professional level differ in many aspects (field size, game clock, referees, physicality, etc.), the players that make up Glory’s roster aren’t strangers to playing against AUDL level talent. At the TCT Pro Championships last summer, DiG lost to PONY (comprised of many Empire members) 11-15. Later in the summer, at the Northeast Club Men’s Regional Championship, DiG beat GOAT (which is littered with Rush standouts) 15-11. At the same tournament, DiG split two games against PONY, winning 15-10 in the first game, and losing 10-15 in the second fixture. Results against teams that include many of the top players in the AUDL may be indicators of Boston’s ability to match up against high end talent, and can be used as a predictor for success.

If the 2020 season resumes, the Boston ultimate community and its fans will finally have a team of their own to support again. Glory can become a group that will excite on the field and inspire its fanbase.

“Although we aren’t playing, that doesn’t mean we can’t still impact our community,” Yudkovich said. “We have a really diverse demographic here. Being able to connect with that, and influence that in some way, or even represent that is awesome and something I’m looking forward to taking advantage of.”