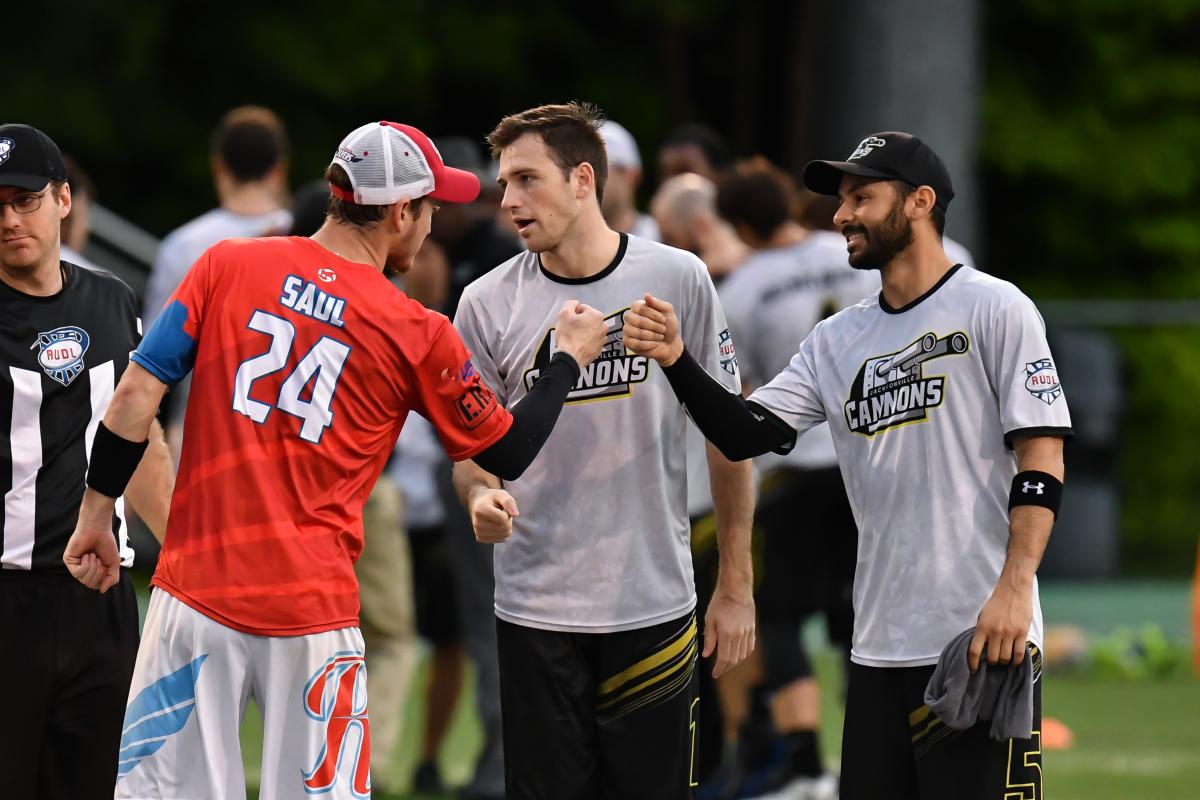 The South has at least two legit title contenders and a whole lot of divisional contenders entering the 2018 season. The move of Mischa Freystaetter from the Cannons to the Flyers to team up with 2017 MVP Jonathan Nethercutt stole the headlines of the offseason, but the Roughnecks - now two years removed from their perfect 2016 championship season - quietly retooled and reloaded for another deep playoff push. Add to it a Sol team on the rise and with a lot to prove, and this might be the most balanced and competitive South Division to date. 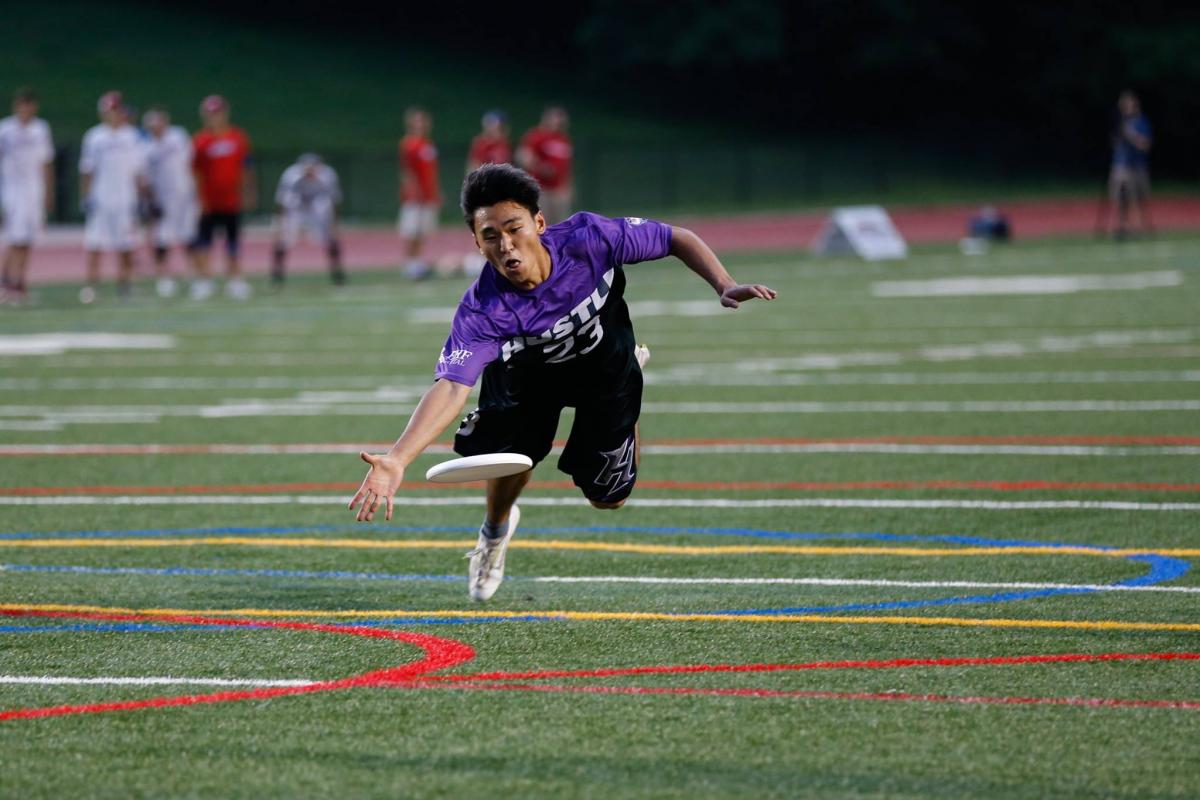 One Stat: Matt Smith continues to hone himself into one of the most efficient offensive weapons the league has ever seen. Last season he averaged a throwaway on just 1.8 percent of his total touches, second overall in the league among players with 350 or more touches. He was sixth overall in individual offensive player efficiency, and first among the top 10 in that group in terms of total scores. In three seasons with Atlanta, he's averaged 58 goals per year. Currently, there is nobody in Smith's realm of efficiency plus production.

Outlook: After keeping relatively the same core for three years, the Hustle are dealing with their first serious roster turnover as a franchise. Gone is the 2016 MVP Dylan Tunnell, as well as the offensive talents of Nathan Vickroy, and in their places are a lot of fresh faces. A raft of former Nashville players have joined on, and all will contribute immediately on the field. But until Atlanta gets a few games under their belt as a team, it's hard to tell whether they can return to the playoffs for the first time in two seasons. 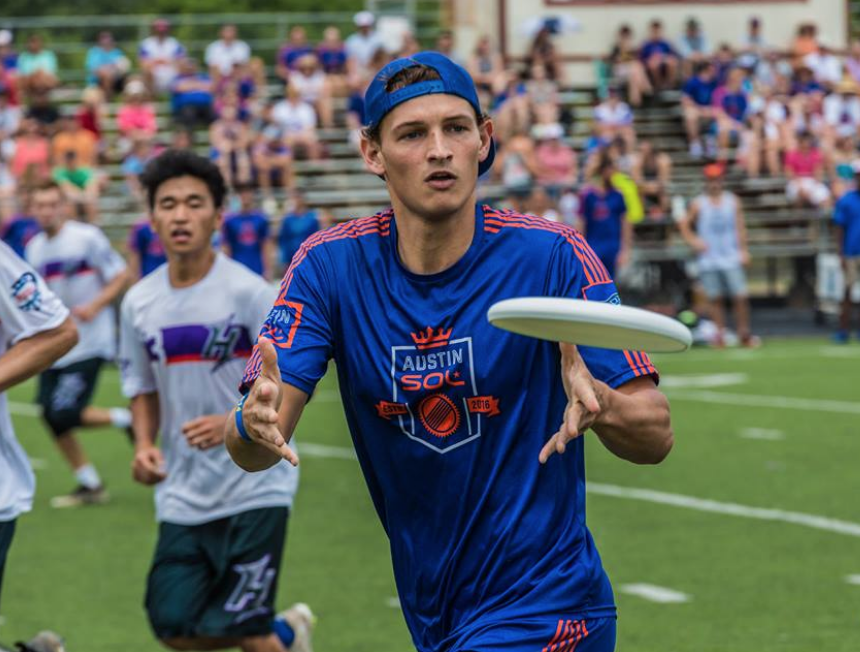 One Stat: Austin's offense has always had a good sense of balance in their attack between small ball and deep shots. Their 11.36 passes per scoring drive put them 10th overall in offensive pace in 2017, but only two teams — Raleigh and Dallas — had more team completions at a faster rate than the Sol. That's some good company to be in.

Outlook: For the first time in three years, the Sol have the potential to emerge from the shadow of the Roughnecks, who have gone undefeated over Austin in their interstate rivalry series since the beginning of 2016. Their first mathcup is on April 21, and could determine the course of the Sol's season. A win would confirm that Austin is headed for new heights in 2018, with possibly their first playoff berth and a deep postseason push ahead of them. 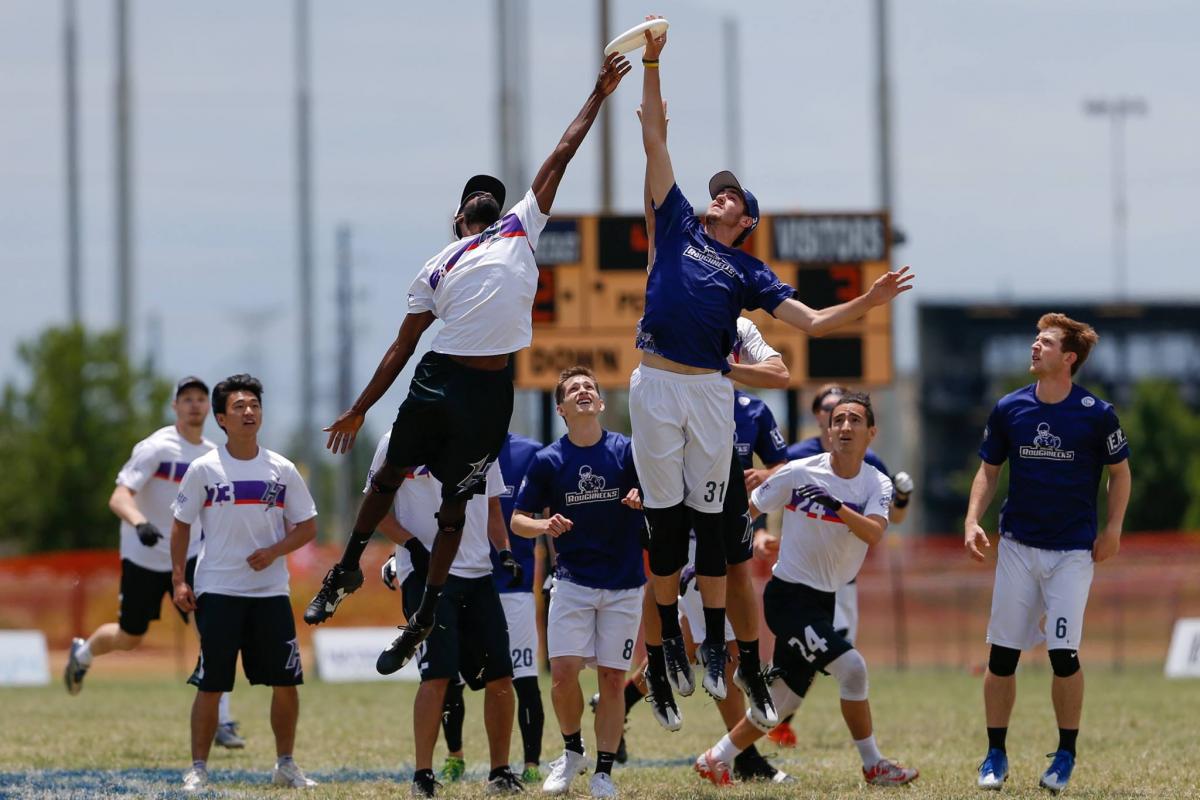 One Stat: Captain Dalton Smith improved his assist total by 26 from 2016 to 2017 as he took on a larger role in the Dallas offense. Not to be forgetten, he also upped his goals from 11 to 26 in the same span. This season will give Smith even more room to grow, and he continues to show an ability to rise to new levels.

Outlook: For the first time since they arrived in the league, there's relatively little buzz about the Roughnecks heading into 2018. That's not good for their opponents in the South, as the Roughnecks are still very much a championship caliber team, And with all the attention and expectations now being placed on the Flyers, Dallas can sidestep some of the distractions of being The Team To Beat and focus more on the individual games. And even with Raleigh's impressive additions, Dallas always seems to hold an edge and a swagger in their matchups. 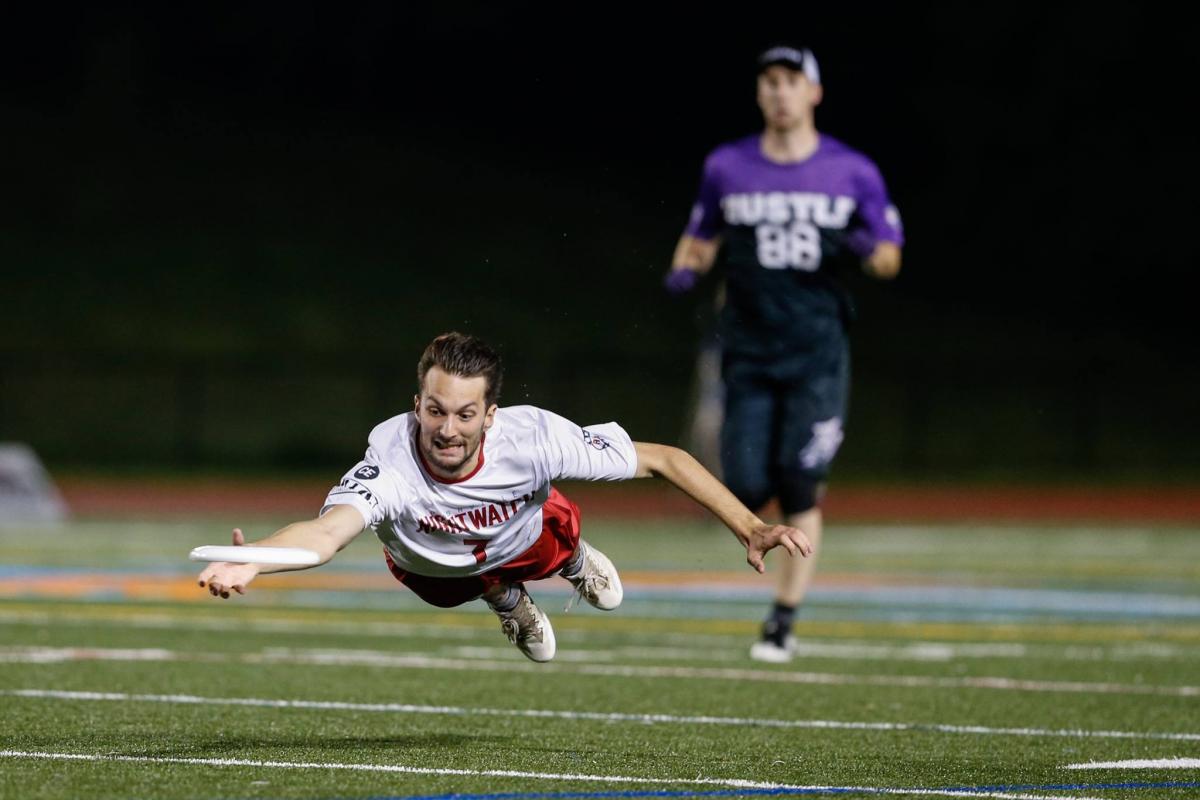 One Stat: The NightWatch have three different players with 50-goal seasons on their roster in Hardesty (2016 with Cincinnati), Wright (2016), and the recently returned Lally (2015). One big, one fast, and one versatile (respectively), all three present  receiving options for a team looking to cultivate more reliable roles.

Outlook: The NightWatch should break their winless streak that dates back to 2016, but there are no guarantees in the South. There are pieces all over this team to like, but the whole of this their identity still has yet to form. Nashville had a historically bad season defensively last year, and until they show an ability to slow opponents down, it will be hard for them to remain competitive against teams like Raleigh and Dallas. 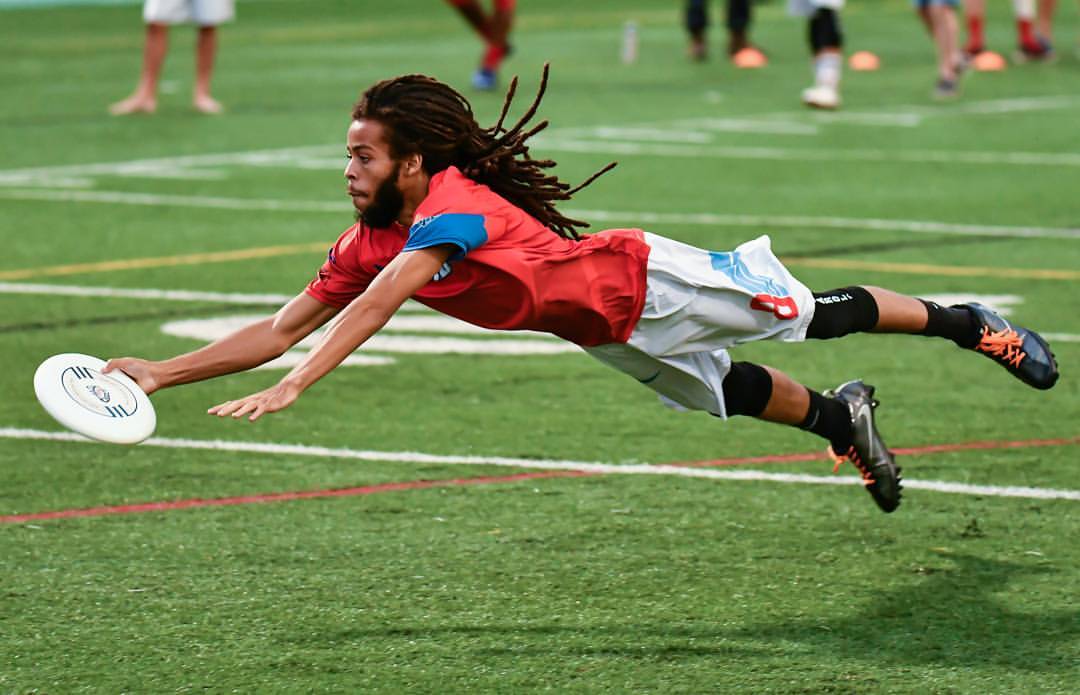 One Stat: If Noah Saul plays more than 10 games in a season, lookout. He's only done it twice in his four-year professional career, but in those two seasons he has averaged 41 assists, 18 goals, 10 blocks, and 396 completions at nearly a 94 percent rate. Those are All-AUDL numbers.

Outlook: First impressions are important, so when the Flyers take the field on Saturday night in the first Game of the Week of 2018, it will be very interesting to see how Raleigh approaches their fiercest rival with all the new firepower and championship aspirations. Will the Flyers attempt to overwhelm the visiting Cannons from the opening pull and make a display of dominance? Or will Raleigh take each team, each week as a challenge to be dealt with seriously? It's easy to be number one in Week 1; much harder come August. 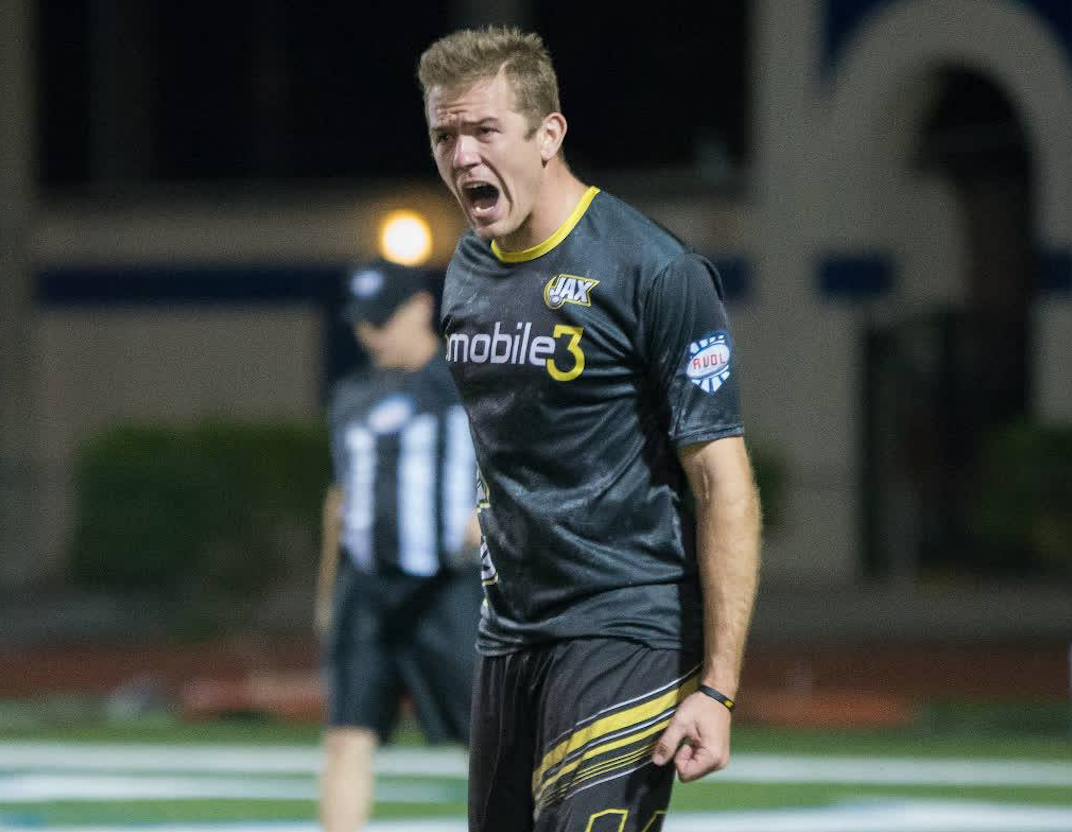 One Stat: Over the past three years, nobody has thrown more assists than Sullivan. His total of 179 is a single throw shy of giving him an average of 60 per season. For perspective, since the creation of the league in 2012 there have been just 18 total instances of players who have thrown 60 assists in one season.

Outlook: The Cannons are going to be a good team to watch evolve over the course of this season. In the past, it almost felt as if the best version of the Cannons was the one that started the season: fresh legged and hopeful for a title, but bound by weighty expectations to defeat Raleigh and Dallas. With a new coach and new system under Andrew Roca, we might not see what Tampa Bay is truly capable of come June. Hopefully by then, they will still be in the thick of the playoff race.