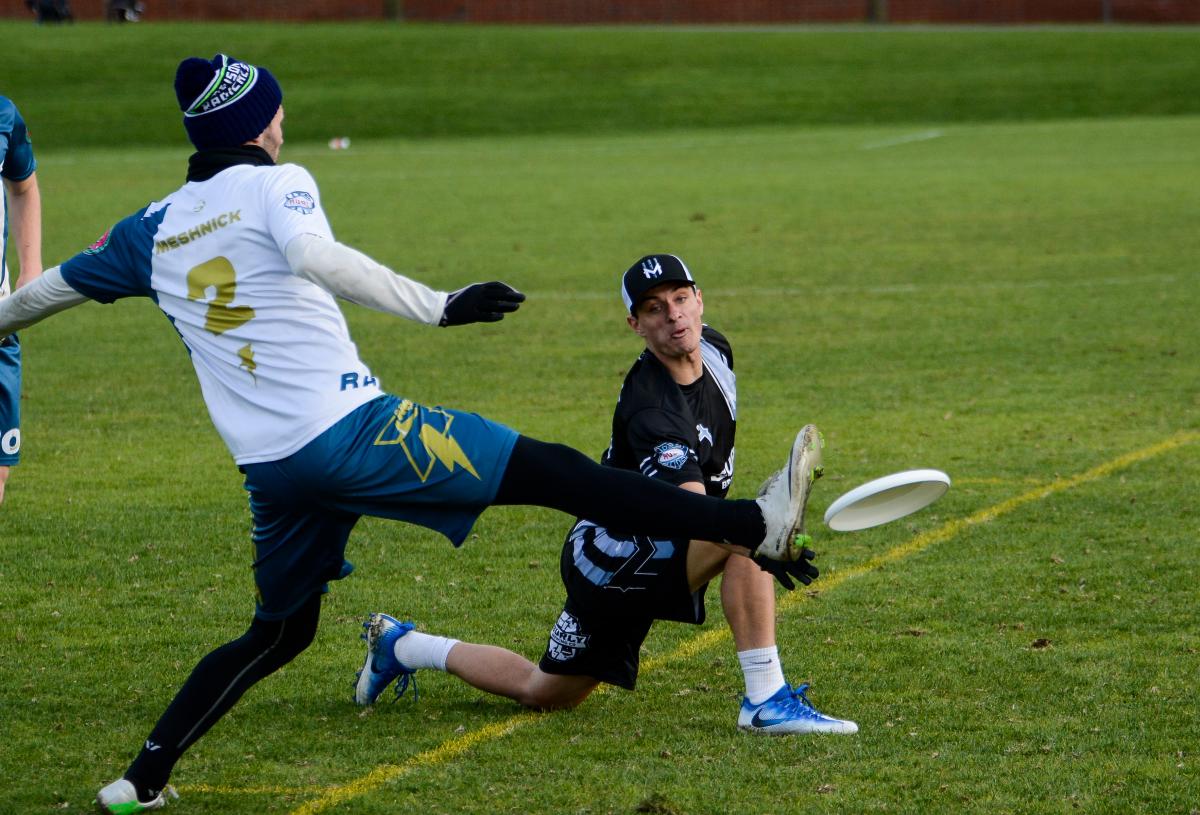 The Midwest has been the province of the Radicals for the past few years, but resurgent Wind Chill and Wildfire teams are looking to end that trend. The division was characterized by defense and tight finishes in 2017, and it looks to be very similar this season with almost every team vying for just three playoff spots. Add to it a tide of youth that have joined the division in 2018, and it looks like there will be a lot of surprising results in the Midwest this season. 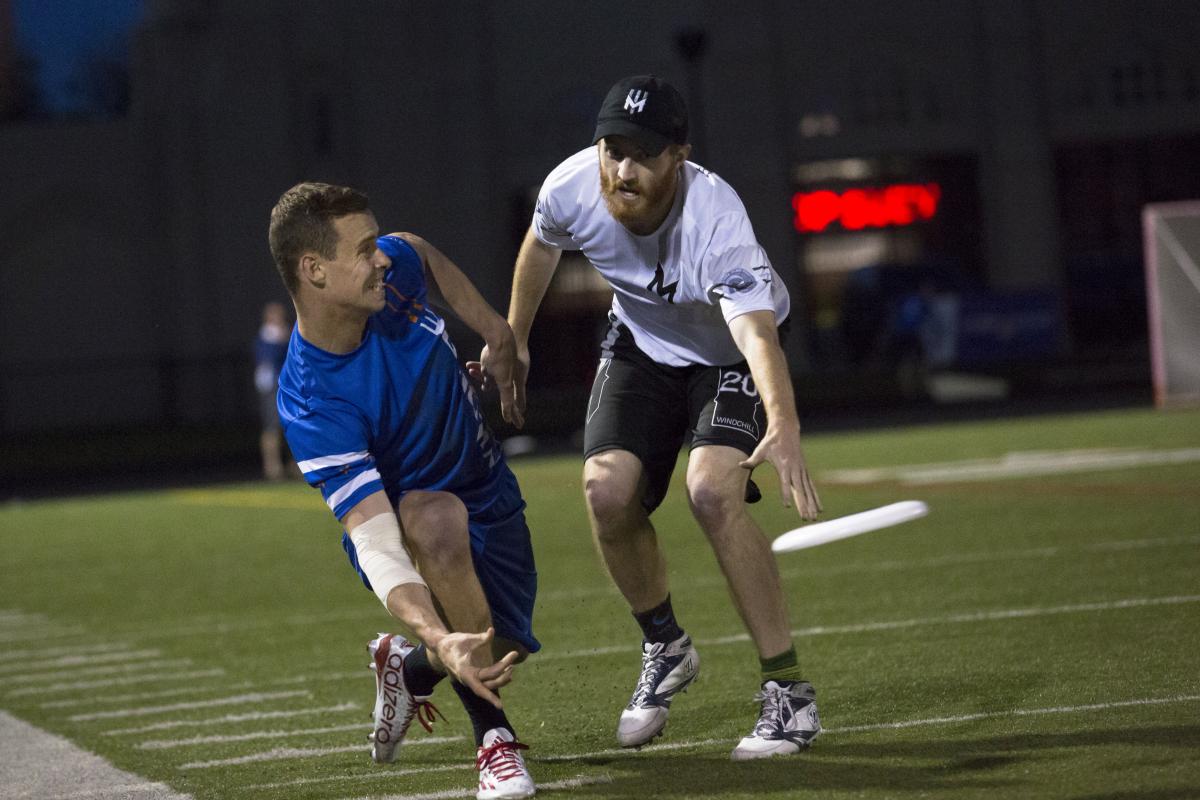 One Stat: The Wildfire were a top 10 team last season in team completion rating, but were third worst in the AUDL with 77 drops in 2017. Their athletic additions from the offseason will certainly help steady nerves on offense, but Chicago can improve greatly simply by limiting their own unforced errors. If this team wants to return to the playoffs for the first time since 2015, they will need to improve their offensive cohesion, and by extension their scoring. Chicago has been the second worst scoring team each of the past two seasons.

Outlook: No team in the AUDL did a better job of tweaking their roster over the offseason. Equal parts star power and careful lineup considerations, the Wildfire enter 2018 with their most balanced and potent attack since 2013, maybe ever. It's not out of question to see them rebounding from three wins to double digits, and could be a darkhorse for making Championship Weekend if their playmakers can step up in primetime. Sure, the roster may lack experience on the depth of its roster. But it also has the singular abilities of Kurt Gibson, who has the ability to almost single-handedly take teams into title contention. 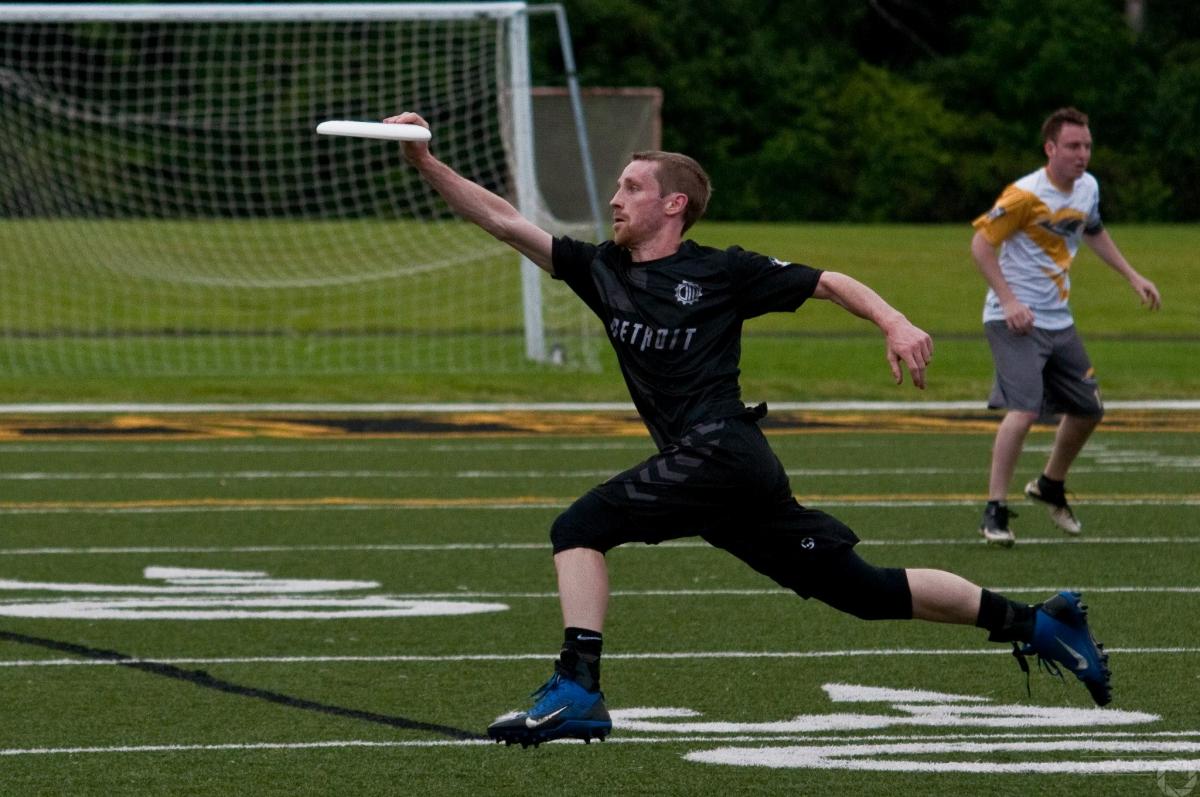 One Stat: Detroit had 45 players suit up and play at some point during the 2017 season. That is too many. One of the Mechanix's biggest problems year to year is building cohesion that translates into on the field rhythm. If Detroit can consolidate around a core of committed players, they exceed expectations.

Outlook: With just five wins in the past four seasons, the Mechanix are still looking for a way to shift gears and get to the playoffs for the first time in seven seasons as a franchise. But with only 11 rookies on the team this season, Detroit will have a lot of returners, which means more stability (and possibly more hope) and in years past. 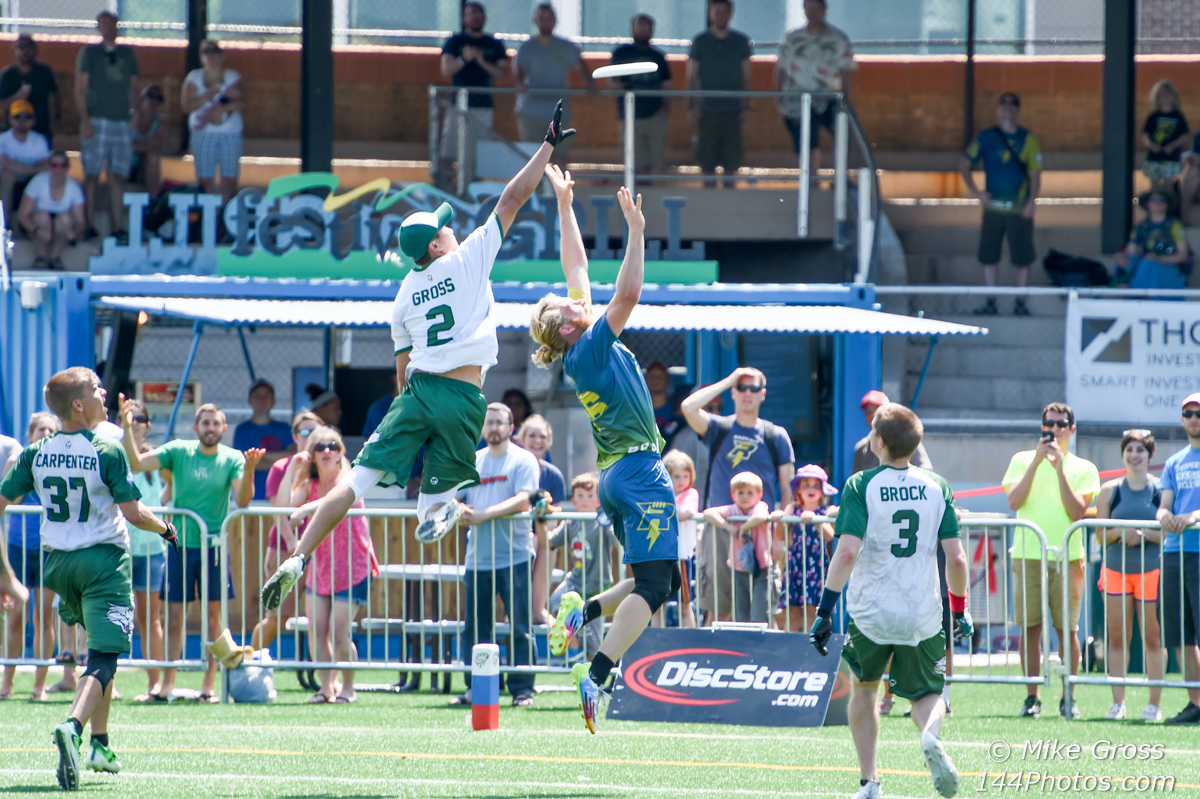 One Stat: If you add up an individual player's total sum of assists, goals, and blocks, and divide that number by the total number of games they played, you can come up with a pretty nifty efficiency stat for how often that player makes a direct impact on the box score, either for a score or a turnover. For example, last season's MVP Jonathan Nethercutt had an average 8.27 "impact events" per game; Babbitt had 7.14. The high for 2017, though, was a tie between Seattle's Mark Burton and Indy's Gross, who both averaged a whopping 8.7 impact events per game.

Outlook: The long and short of it is that the AlleyCats have not won a game against a team with a winning record since June 26, 2016, and have just three such wins since the beginning of the 2015 season. Indy has perennially overburdened themselves with expectations, which has led to a lot of heartaching defeats late in games. But with a rejuvenated spirit, their deepest roster to date, and a "one game at a time" mentality heading into 2018, the 'Cats are right to think that this may be the year luck finally breaks in their favor. 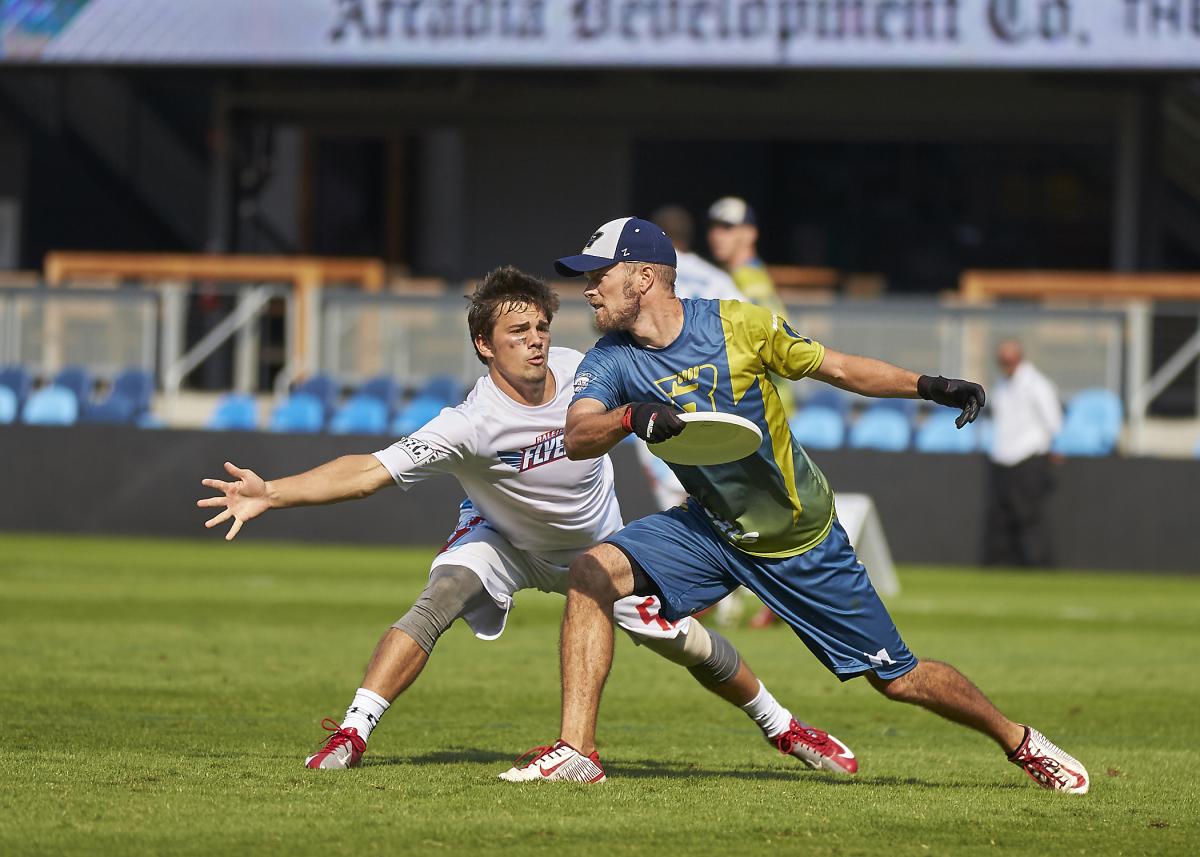 One Stat: Depth is a big factor in the AUDL, and Madison proves that year after year with their impressive results in the standings; they're the only team in the league to never win less than 12 games in a single regular season. And while many teams are content to feed their offensive systems through a few select playmakers - Chicago, Seattle, and Raleigh to name a few - the Radicals continue to be the best at distributing the disc equally among their parts. Zero Radicals players finished within the top 50 last season for assists; Andrew Meshnick led the team with 27 assists, putting him 68th overall in the league.

Outlook: With more athleticism and height than ever before, and the possibility of playing for the title at home on the horizon, Madison enters 2018 once again as a serious championship contender. The Radicals quietly dealt with a series of injuries in 2017, which had the unforseen benefit of allowing them to develop younger players into their roles more quickly and find more assets to utilize. Madison controls each game with their balance of possession based offense, and the league's number one defense. But after years of close-but-no-cigar, will this be the season Madison wins it all? 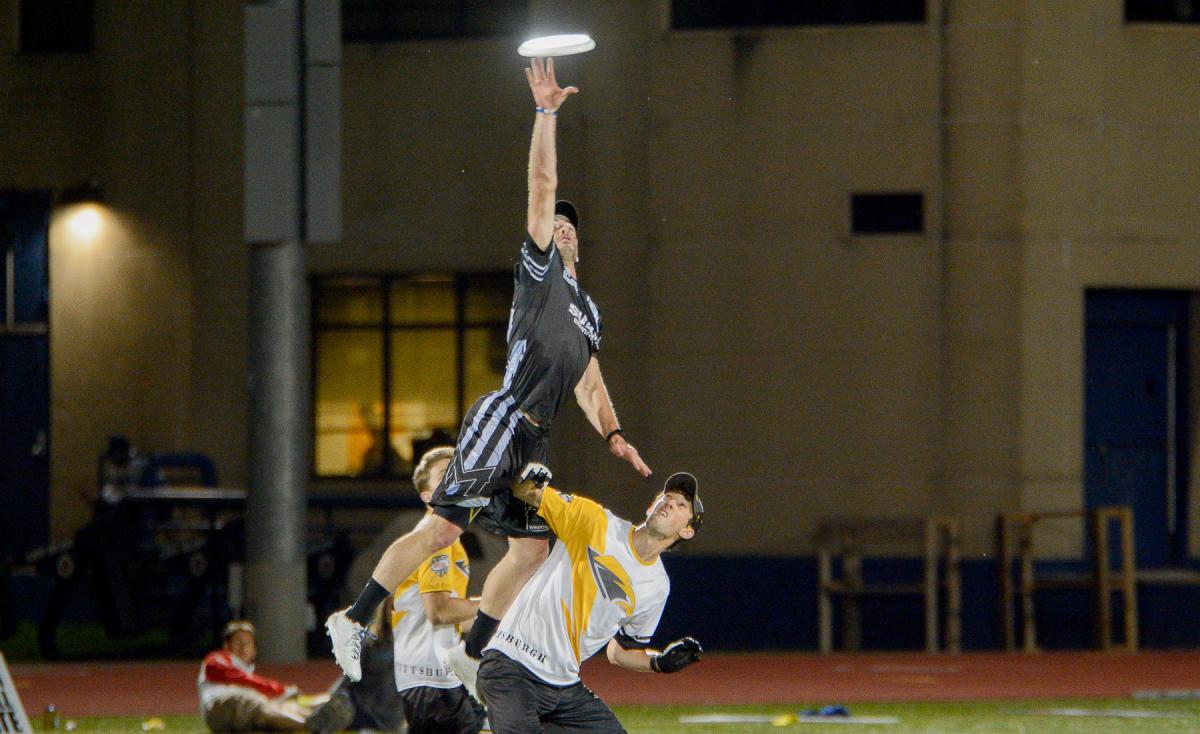 One Stat: While defense isn't always the first thing associated with Minnesota's play over the years, their team identity is largely founded on their belief that they will take the disc away from you, again and again. The Wind Chill averaged nearly 16 blocks per game last year, putting them first in the league in team takeaways. They've finished tops in the league two out of the past three seasons in takeaways, and have finished in the top three in each of the past three years.

Outlook: The Wind Chill started 2017 on a tear, winning their first seven games of the season and remaining the final unbeaten team in the league. But their losses in Madison and at home in the opening round of the playoffs left a very sour taste at the end of an 11-win campaign. Minnesota lost two of their best playmakers during the offseason, but are gaining a squad of young players ready to enter their primes. The defense will get stops, and if the offense can improve on their 14th ranked passing offense from a season ago, the Wind Chill will once again be in contention for their first division title. 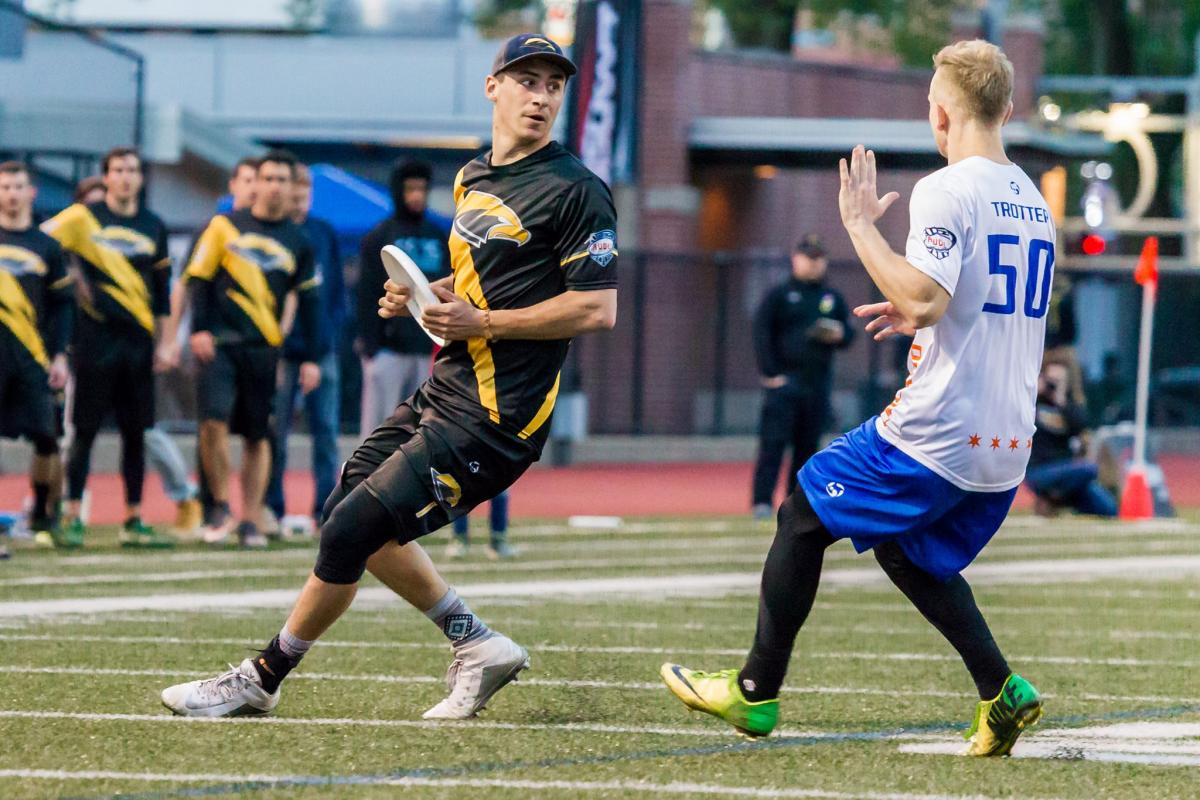 One Stat: Even though this team experiences a lot of changeups week to week, they have one constant in Ethan Beardsley. The Birdman has a perfect attendance streak going through three seasons as a pro, missing zero games while averaging over 30 goals per year.

Outlook: Pittsburgh is one of the hardest teams to evaluate going into 2018. They lost their two best throwers and their best defender, but their team structure and organization as a whole is built around consistent results. There will be a lot of adjustments to be made in the early weeks of the season as to who gets the disc and when, as the offense is essentially starting from scratch in forming player roles. But with more emphasis on a "next man up" mindset, and a commitment to developing the depth of their roster - something that hasn't necessarily happened in the past - can put the Thunderbirds back in playoff contention for the fourth straight season.