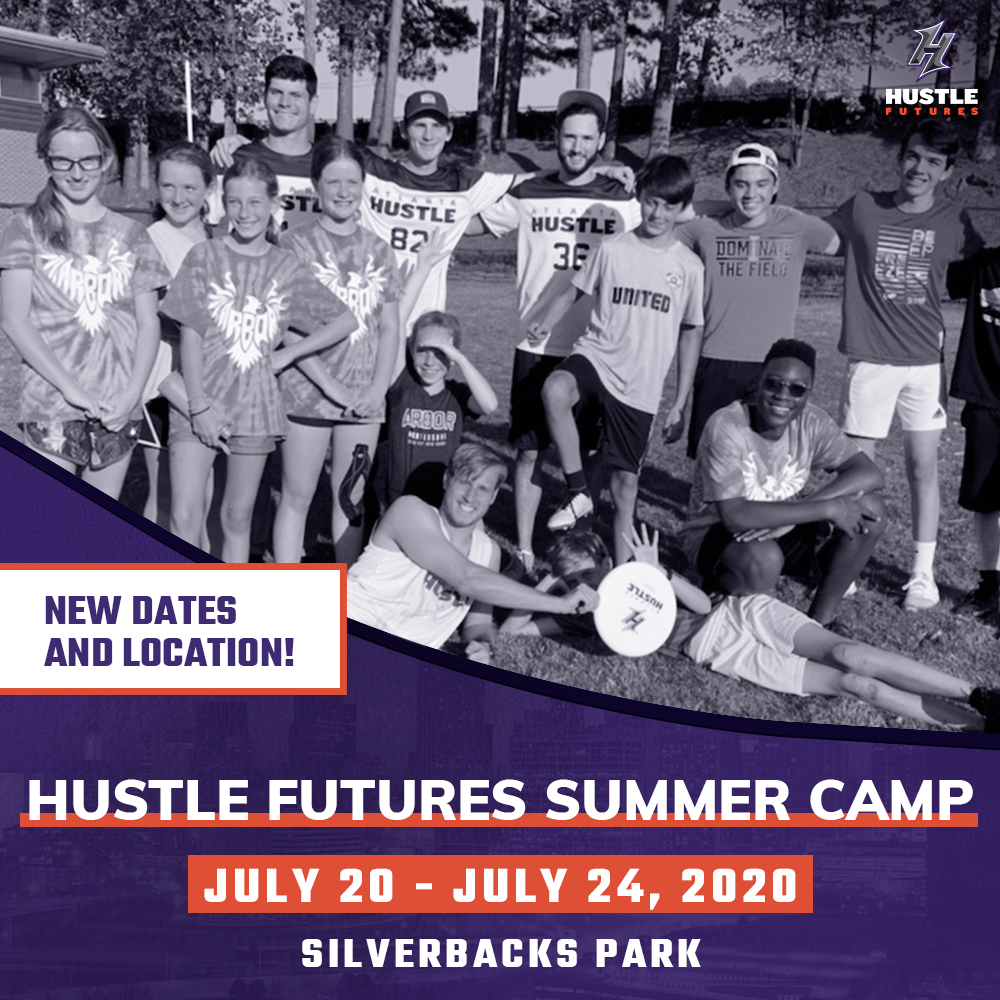 All you need to do is 1) complete the registration form and 2) submit payment to claim a spot in camp. We will send out an info email the week before camp begins

Can't make the whole week? That shouldn't stop you from getting the best coaching. Sign up and pay for the days you can attend.

We are excited to announce our 2020 Hustle Futures Summer Ultimate Camps will be held at EMORY UNIVERSITY. This is a major upgrade for our facilities and gives us the opportunity to offer new programming as both a commuter and new OVER-NIGHT options. Scholarships available.

Over-night campers will be housed in an Emory dorm under the supervision of a coach. They will have room and board for 5 days and 4 nights (Monday-Thursday). Campers will have access to the Emory cafeteria from lunch on Monday through lunch on Friday. Commuters will need to be picked up and dropped off daily.

Both the middle school and advanced high school sessions will be June 15th-19th. The two age groups will be separate but will have some fun opportunities to play and work together throughout the week.

The Hustle's mission is to amplify the sport of ultimate in the Atlanta area. The Hustle Futures camp is a way to influence and impact the youth community. Our camps are designed to be inclusive for all. We strive to equally represent genders in our coaching staff. We strive to lower the barriers to entry for youth player from diverse backgrounds. We believe that all players can benefit by experiencing a week at Futures camp. Hear it directly from our coaches.

Matt Smith, Our high school session which provides the opportunity to work on advanced concepts without the burden and cost of traveling to overnight camps

Matt Smith, Coming together for the benefit of Atlanta youth ultimate

Interested in Atlanta Hustle Futures Camps? Sign up for our newsletter to get the latest updates and information.