Change And Continuity For The Cannons | AUDL
Skip to main content 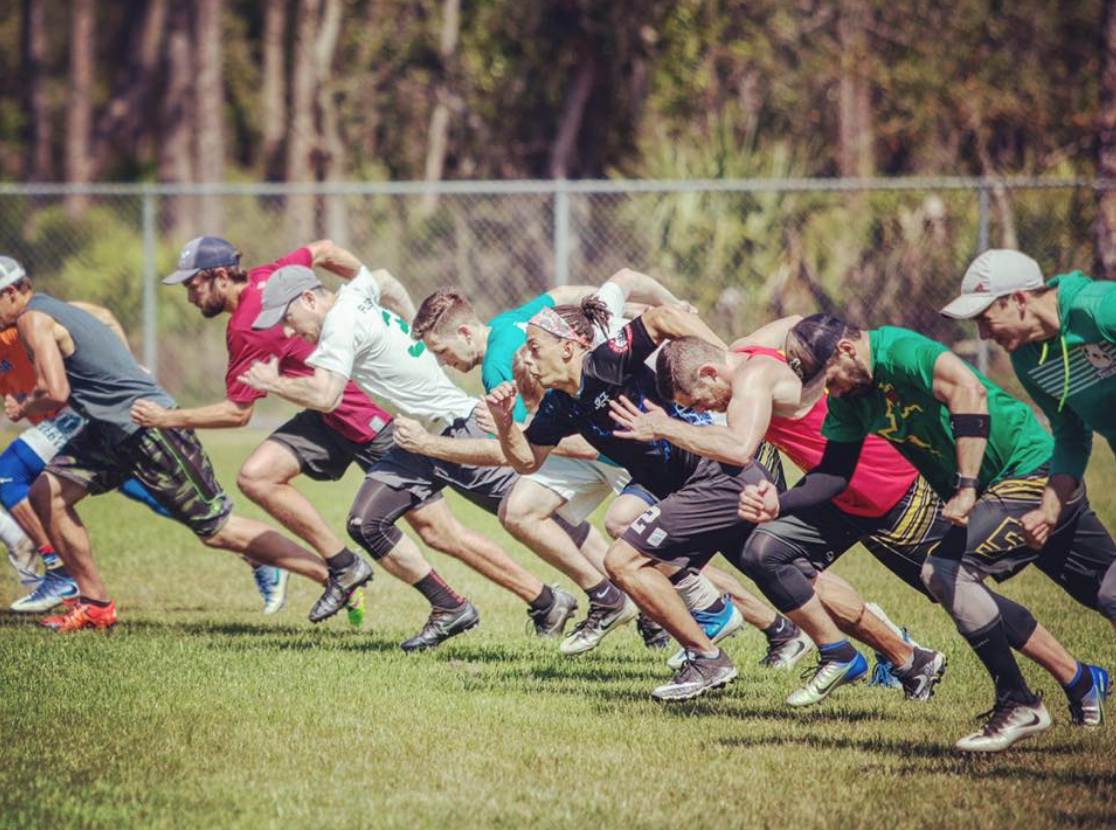 Team rebuilds aren’t supposed to come immediately after prosperous seasons, but that’s reality for the newly settled Tampa Bay Cannons. The 2017 Cannons found success by turning their offense over to Bobby Ley, Andrew Roney, Cole Sullivan, and Jordan Huston. The players put up monster numbers; Ley, Sullivan, and Roney all threw more than 40 assists apiece, while Huston amassed a league-best 80 goals. The team finished with an offensive conversion rate of 71 percent, good for third in the league. Mischa Freystaetter – a year removed from setting the AUDL season goal record of 95 – and Jakeem Polk were unleashed on the defensive side, where their athleticism terrorized opponents. The team compiled a 10-4 regular season record, before losing to Dallas in the playoffs.

Things seemed stable. Until they weren’t.

The offseason changes for the Cannons franchise. Though the team found on-field success in Jacksonville, the franchise never found enough support in the community to achieve staying power or commercial viability. Owners in Tampa Bay stepped up, and now the team is ready for its new home.

But the changes didn’t stop at the front office. Tuba Benson-Jaja, the head coach of the Cannons since the team’s first season in 2015, is now gone. Incoming coach Andrew Roca was the longtime coach of the University of Central Florida, where he forged strong bonds with several Cannons players. Roca also recognized great potential in a young Freystaetter and taught him everything about the game at UCF. This past offseason, team management asked players who they wanted as a new coach, and Roca’s name was the resounding response. Roca accepted the team’s offer, mostly because of his respect for the ultimate fans in Tampa Bay.

The Cannons’ roster was not exempt from the tides of change either. Freystaetter, Polk, and Andrew McKelvey bolted to the Cannons’ archrival the Raleigh Flyers. The former Roca pupil, Freystaetter, now represents one of Roca’s most significant challenges in the 2018 season. Chris LaRoque, who was a quietly productive star in his own right last season for the team, is heading to Dallas. Travis Catron and Jeremy Langdon combined for 76 goals in 2017, and are now retired.

Captain Roney knows that the O-Line will have to play differently this year without three of its seven starting guys, and a major depreciation in height that has been so formative to this Cannons franchise its first three seasons.

“If you kind of look at the height of those [departed] guys, they were the tallest guys on our line,” Roney said. “I don't want to ever say that we were jacking it up, [but] we were definitely playing in a system that used our athletes, but we've got different athletes now, and you've got to change the system that you're working in, and play a different way, essentially.”

While Roney believes the Cannons can still compete with anyone, he admits that even in a best-case season, the team will have trouble matching its ten wins from last year’s regular season. Losing multiple heavy-minute players is hard. Roca explains how their previous system made the lost players irreplaceable.

“[Last year's success] is not necessarily sustainable, because once one of those players leaves, you essentially...you're hinging on players around them to step up to that role naturally. In the sport of ultimate, people tend to not step up to those roles quickly.”

The monstrous size of the state of Florida allows the Cannons to draw from a large and talented pool of players, but it also makes practice nearly impossible to schedule. So the Cannons are entering a rebuild.

“It's something from the ground up, we're rebuilding into something truly unique,” said Roca. 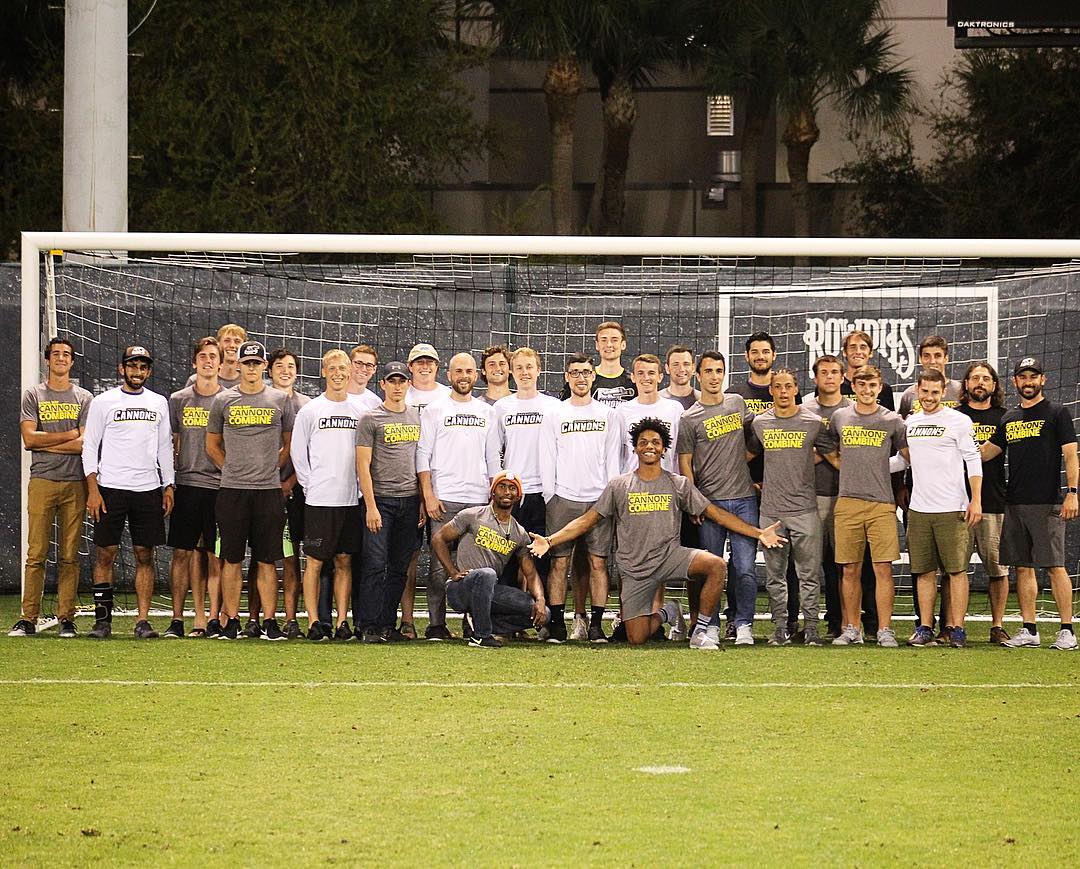 “The goal is to be competitive by the end of the season instead of the beginning, using statistical analysis and film study to develop complex metrics about what works on the field and what doesn’t. Roca says the goal is to “implement new strategies that we have shown to work, but to continue to try new things over and over again until we have metrics that yield results that we can use more consistently.”

Tampa Bay has tangible goals: win at home, sneak into the playoffs with a record at .500 or slightly above, and by then surprise either Austin, Dallas, or Raleigh. The playoffs can yield surprises, as one-game showdowns are built for nerves and drama. To win against a more talented team will require heroics, but the Cannons have a plan in place.

“The backbone of all coaching is communication,” explains Roca. The level of attention and effort Roca will put into innovative communication is extensive:

We'll have at least five or six guys on the sidelines with headsets that are communicating from me to either side of the field, that way they can communicate the lines, or defensive sets, offensive sets, or mid-point changes that we will conduct. On top of that, we'll be adding player-coaches into a high vantage point, as with an offensive or defensive coordinator, [as] in football. To get a high viewpoint, understanding patterns, understanding plays we use, and line-calling. It's one of the hardest things in the world to identify who's on the line in only 30 seconds and be able to call those matchups, a force, and be able to do the subsequent checkdowns of what happens if you turn [the disc over]. There's a lot of conditions in ultimate, because the game doesn't necessarily stop when a new offense plays. The game is ongoing, and you're always playing either offense or defense at any time, we have to be prepared for everything, and that level of communication is going to be provided. With headsets, we'll probably have some cue-cards for players running down, concerning matchups, as well as 11x14 double-sided, laminated covers, for the coaches to be able to identify certain patterns and make quarterly and halftime changes.

Roca will use any method he can to gain a competitive advantage for a team that, on paper, still has a lot of boom. Despite losing so many talented players, the team expects some new names to stand out in 2018. Nathan Vickroy will join the offense after having compiled 46 goals and 45 assists for the Atlanta Hustle in 2017. He was one of just five players last season to reach the 40/40 plateau, and his flashy game will fit smoothly into a Cannons offense that prioritizes versatility with an injection of elite athleticism.

A unit that has perennially finished in the bottom half of the league, the defense will be led by a platoon of players who will step into new and larger roles. Bradley Seuntjens, a staple on the Cannons D-Line for the past three years and last season’s team leader in blocks, will step up to guard opponents’ top players. Adam Carr, technically a rookie though he was with the team last year, will quarterback the defense after a turn. The team will also be touting more depth, but not until May.

“Because of the strong ties into the college community that I have, we've added a depth of the best college talent that Florida has to offer,” Roca said. “Which we won't be able to tap into until probably the end of the season.”

“[Raleigh is] going out there to humiliate us, and that's fine,” Roca said. “If they want to show mid-season form early on, it's only going to be more beneficial for us [later on].”

There’s some clear bitterness towards so many Cannons players who jumped ship to join the team’s nemesis. Tampa craves a win over Raleigh.

But even if the Cannons do lose, they will gather their data, hone their strategies, and prepare for a meeting later in the season, hopefully with larger stakes. Tampa will improve constantly throughout the season. Roca knows that his experiment may not find success, at least not in 2018.
“[Our strategy] might be something that puts people on their heels,” Roca said. “Or it might make them feel like there's blood in the water, and it's time to chomp. We won't really know until the season starts, or until we get our feet wet, which we're excited to do this weekend.”