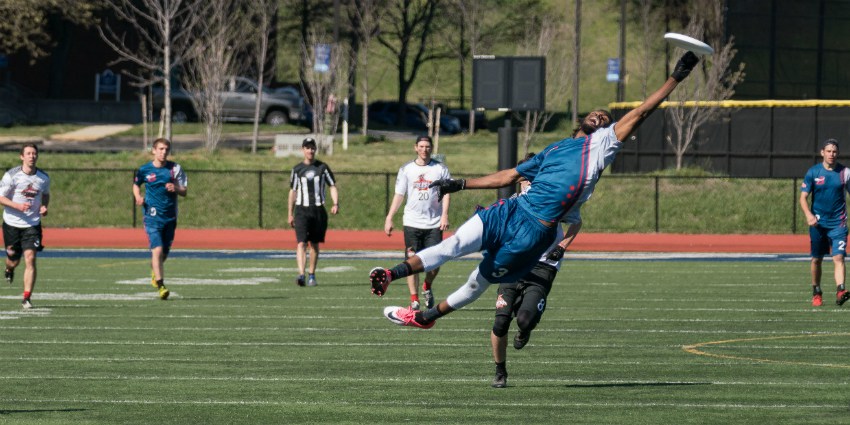 Delrico Johnson, perhaps known best for his two SportsCenter appearances, is gearing up for his second season with the DC Breeze. Below the former Towson University player reveals some surprising facts about his rise to stardom, and a preview for what the upcoming season holds.

How’d you learn about Ultimate?

After I quit Towson’s club soccer team, my friend Shelby suggested I play Ultimate. The club soccer players were jerks; they’d tell me to show up at 8 a.m. for a tournament and would leave without me at 7 a.m. He thought I’d fit in with Ultimate’s inclusive culture. I thought, “Hey, what’s the worst that could happen?”

It’s funny—I had tried out for Towson’s actual soccer team, and I made it further than any of the club players. I was the last one cut.

Why’d you stick with Ultimate?

Ultimate is fun—I liked hanging out with both the guys and girls who played for Towson. I also liked the challenge; I had never played Ultimate before, so learning a new sport was fun and interesting. 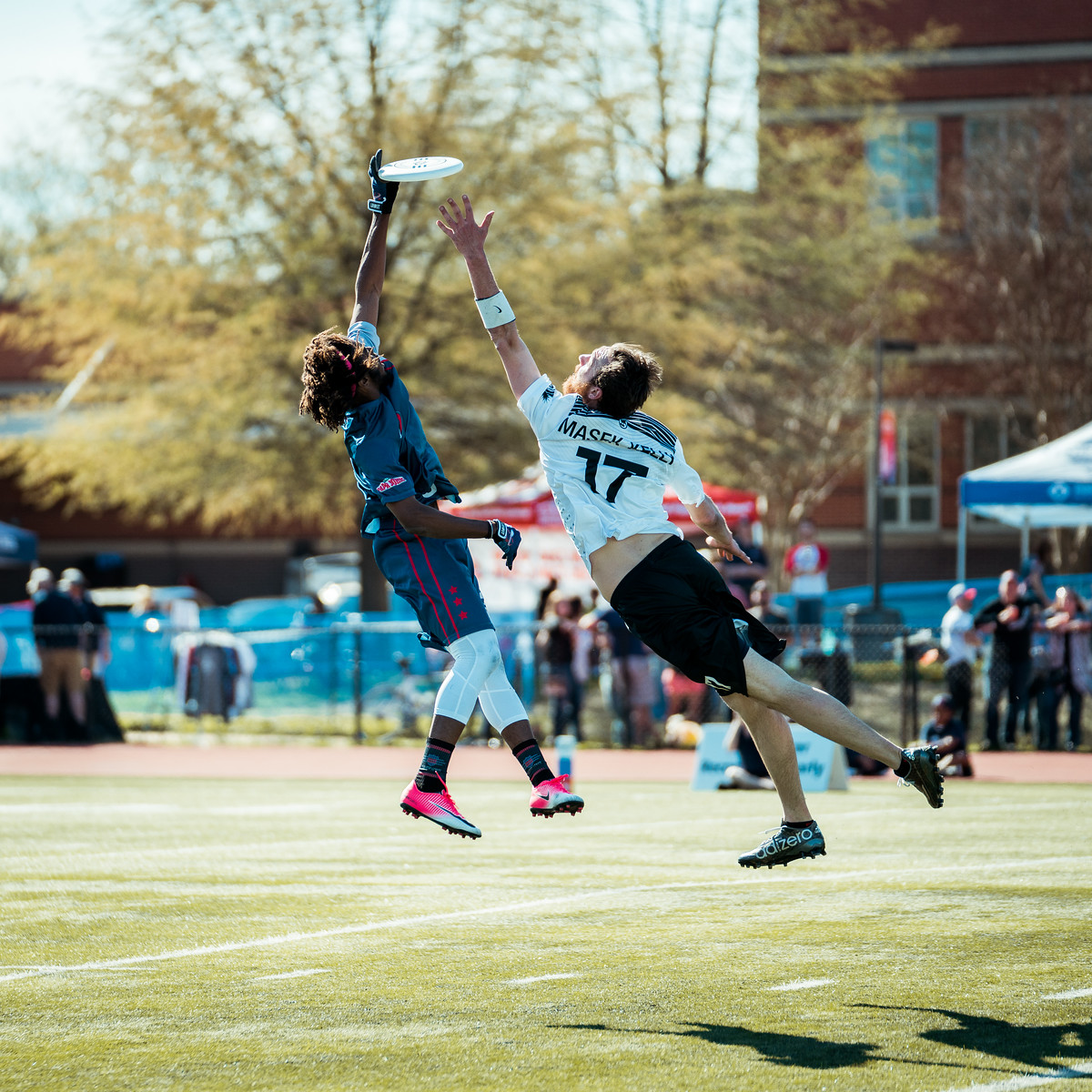 Which sports did you play before Ultimate?

I played football and basketball recreationally, and I played on my high school’s tennis, soccer, and lacrosse teams. Lacrosse and tennis were played the same season, so I ended up choosing lacrosse over tennis. When I came to college, my sports background helped me understand Ultimate.

Well, especially with lacrosse, you need to work with as a team when you play sports. The team-mentality and ball-movement concepts are very similar to Ultimate: everyone needs to work together to score. There’s a lot of forward and backward movements as you try to gain position in lacrosse, just like there is when you swing the disc in Ultimate.

When did you think you could go pro in Ultimate?

Kevin Moldenhauer reached out to me when the DC Current had open spots. I tried out, and obviously made it—but what I didn’t learn until years later was that I barely made it. I was the last person to make the team, and Kevin had to vouch for me.

I’ve learned a lot since making the Current, so I’m grateful to have had the opportunity. I’m more mature; at first I was just athletic, but now I can see the field differently and more clearly. Plus I can play Truckstop now.

I was asleep when the play debuted, so I woke up to a ton of notifications. I was actually trending on Twitter.

The first time, I wasn’t really impressed with myself. I layout all the time; that’s just a Rico play. The second time was cool to see because I saw how high I had actually jumped. I’d never seen videos of myself jumping like that before.

It was definitely cool. I didn’t ever think I’d be shown next to famous athletes like LeBron, but luckily it’s happened twice now.

Now that you’re on the Breeze, what’re your goals?

For the Breeze, I want to win the East, and I want to do that by growing our younger players. I think we were one of the top teams in the league last year; we just need the pieces to fall into place. It’s going to be tough this year, but we have the talent.

In general, I want to grow the sport and promote gender-equity. Before re-signing with the Breeze, I made sure we were committed to promoting gender-equity. We now have a committee dedicated to the idea—but I can’t take full credit for it. It’s just something I believe in and pushed for. I also believe in growing the sport, and we can’t do that without supporting local teams—of all levels. If we focus only on elite teams and pro teams, we aren’t helping ourselves. We need to cultivate young talent and encourage people to play. All teams—men’s, women’s, mixed—need support.

Lefty scoober. Try to stop it.