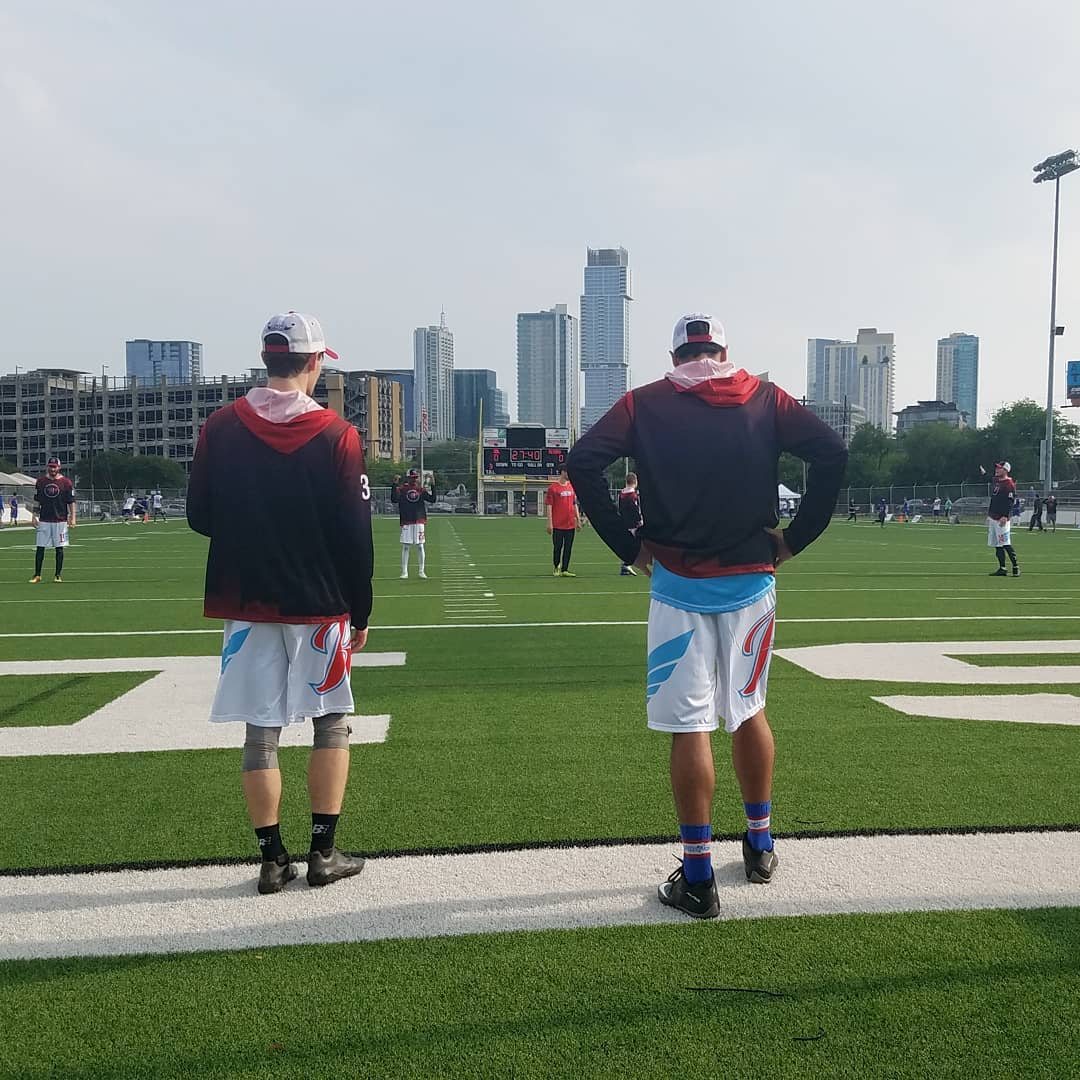 There were several narratives running into opening weekend for the Raleigh Flyers; probably the biggest being a chance for a little payback after a heartbreaking playoff exit to end the 2018 season. The other big story for Raleigh has been how they have integrated new players into the team this season. With so many departures and some exciting new young additions to the team, opening weekend was an opportunity for Raleigh to show how they've been able to fit their newer pieces together. While the Flyers missed the opportunity to avenge their playoff loss and kick off the season with a win against the Roughnecks, they held off a feisty and determined Austin squad to notch the first win of the season and fielded new players who made an immediate impact in their first games as Flyers.

Dallas has evolved over the past few seasons. They were originally built with a loaded roster of high end talent from across the country. Since then, they have turned their attention to the immediate area to fill in the gaps as those players moved on. Local colleges like Texas and Texas A&M provide a steady stream of quality players, allowing the team to have one eye on the future while they try to maintain a tight grip on the AUDL South Division. These pipelines also promote team chemistry and reduce the risk of friction as players from different systems try to learn each other’s strengths and weaknesses. The result of this team building? A Roughnecks offense that can cause some major issues for opposing defenses.

“Dallas has a great combination of skill and athletic ability and they are very opportunistic. They play with a lot of emotion and fire and if you are not ready for it, they can quickly take control of the game,” said Flyers Head Coach Mike DeNardis before the game.“Their pace of play is also incredibly fast, which often let's then dictate tempo.” Raleigh’s first game of the season started off like their last in 2018.

Despite some early errors the Flyers put an early run of breaks to take a 6-2 lead, the last coming on the back of Empire veteran and Flyers rookie Ross Ward on a nice layout catch. Dallas finally found its offensive legs on a huge sky by Jay Froude over Mischa Freystaetter. Freystaetter would get his glory at the end of the first quarter with a buzzer beater sky to pull down a Hail Mary flick from Noah Saul.

Raleigh’s defense continued to stifle Dallas for much of the remainder of the first half but Dallas crept back within two by the time the buzzer sounded to send the game to halftime. Dallas excelled again at closing the lead to tie at 15s by the end of the third quarter. Much like the last meeting between the Flyers and Roughnecks, Dallas was able to notch a key break in the fourth quarter to put the game just out of reach for the Flyers. After a Flyers turnover on the Roughnecks goal line and a foul downfield on a huck from Carson Wilder, Dallas took a key two point lead that they retained all the way to the end of the game.


The Flyers had a very quick turn around into their second game of the weekend Saturday night. Raleigh and Austin dodged a weather bullet and under the lights the Flyers found their form building on an early two point lead to eventually take the game 22-18. As frustrating as tight loss can be especially to divisional rival like the Roughnecks, the Flyers showed a lot of promise with a smaller roster that lacked the throwing contributions of Jon Nethercutt. Noah Saul and rookie Eric Taylor took on the throwing load for the Flyers’ offense and Saul in particular had a great opening weekend going 65/67 on completions and notching 6 assists and two goals. Eric Taylor, probably the most exciting offensive addition also had a banner weekend to kick off his AUDL career with 11 goals on the weekend. Defenders Johnnie Lynch and Ross Ward also made some exciting contributions as part of Raleigh’s defensive unit.


Raleigh’s new look has been something that was highlighted heavily throughout the preseason. While the Flyers will certainly be on the hunt for a win against Dallas at home, they can also find some satisfaction in the contributions of their new players on the road. Raleigh will be hitting the road again this weekend in Atlanta.