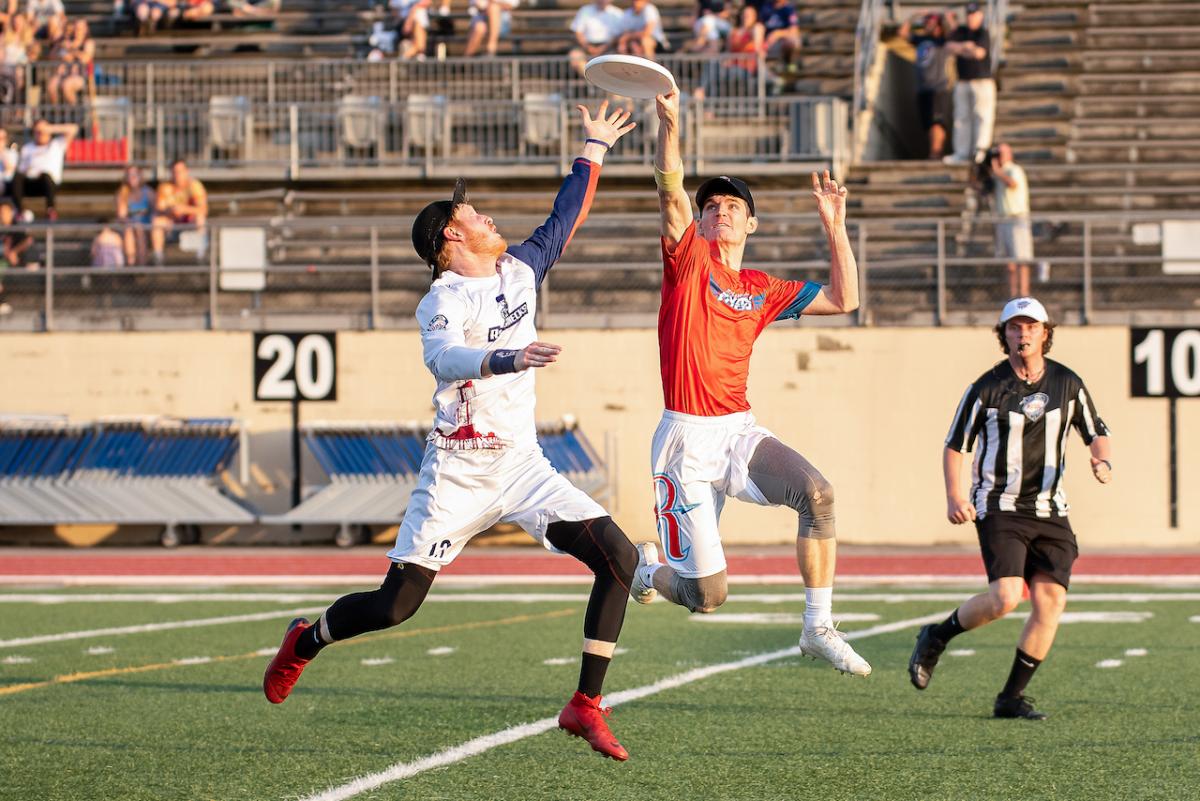 Bobby Ley pulls down a huck.

When the final whistle blew on Saturday night, the Raleigh Flyers celebrated a massive win against South Division rival Dallas 27-18. The win itself wasn’t shocking - how they won was. From the opening pull the Flyers took control, scoring the first three points and never looking back. Dallas would never get closer than two points the rest of the game. For a pair of teams whose games always seem to come down to the final moments, it was clear which team was coming off of a double bye and which team had flown in from a win over Tampa the night before. The Roughnecks’ usual suffocating defense could not keep up and stop Raleigh’s deep throws to wide open receivers.

Even without some of their statistical leaders, the Flyers found the endzone often and consistently. They scored seven goals in each of the first three quarters, and had the opportunity to add to their season high 27 late in the 4th after a Dallas turnover around midfield. With just a handful of seconds left Raleigh opted to run out the clock. Mischa Freystetter and Jacob Fairfax found themselves celebrating scores, often with no defender nearby. Bobby Ley, in just his second game in a Flyers uniform, found his chemistry with fellow thrower Noah Saul, and they combined to connect on all 98 of their throws. The depth of the Raleigh roster was on full display all night. David Richardson had a monster night defensively, with several sky high blocks in the endzone to deny the visitor’s any chance of rallying. Chuck Cantone added a beautiful defense on a floated disc, timing his jump perfectly to just get his fingertips on the disc and tip it away. 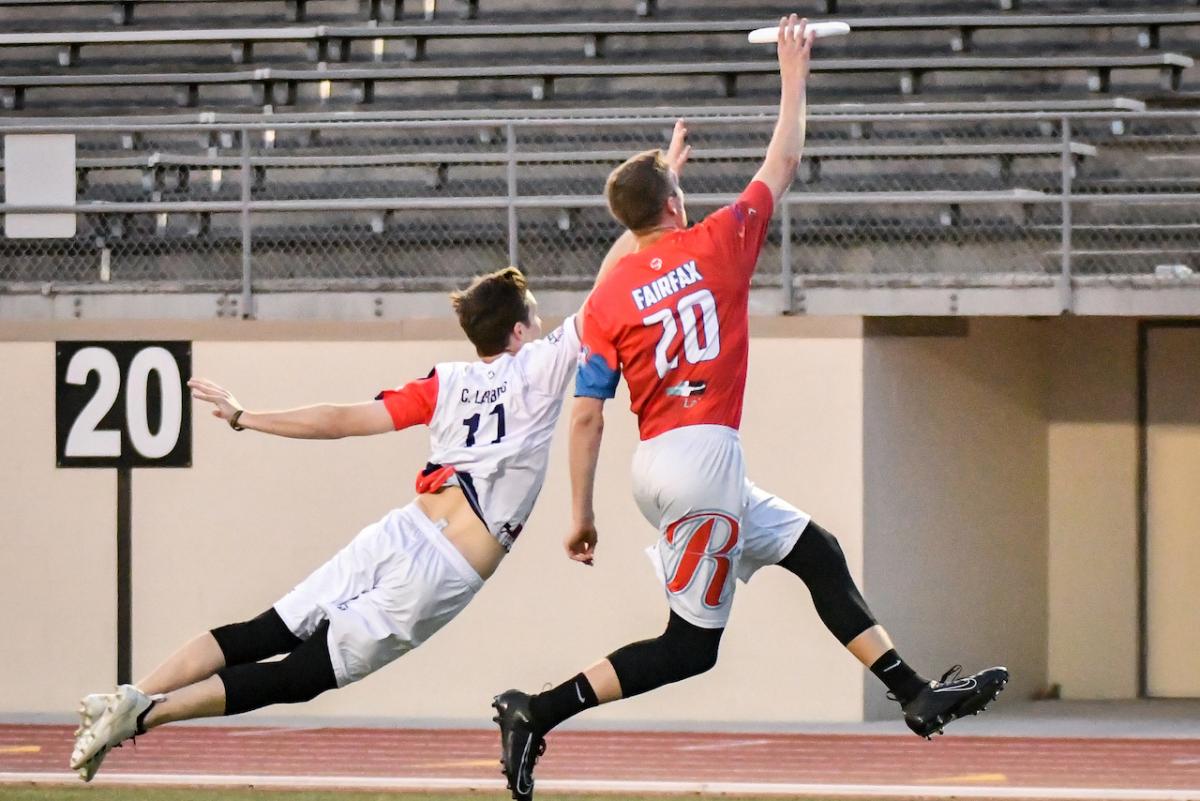 With Henry Fisher gone for the weekend at U24 practices, Jacob Fairfax and Mischa Freystaetter stole the spotlight deep.

Dallas had a few moments where they looked like they would have a chance to replicate their comeback from last year’s AUDL playoffs. Jay Froude proved why he was the first overall pick in the All-Star game draft, while Brandon Malecek and Carson Wilder found each other frequently. Dalton Smith had his name called a few times, but the Flyers defense limited the damage the veteran could inflict. Kevin Richardson stepped up as well with a couple timely scores that kept Dallas in the game.

The win gave Raleigh sole possession of first place in the AUDL South, with one more matchup with the Roughnecks in Raleigh on July 5th. That game could decide who gets home field in the first round of the playoffs, something both teams will surely be fighting hard over.

The magnitude of this game was set up before the teams even suited up. After a stunning upset at the hands of in-state rival Austin, Dallas had rattled off five straight victories to move to 6-1. The Flyers would do them one better, putting up wins in six consecutive games following their season opening loss to Dallas. Ever since that game, the Flyers have played at a whole other gear on both offense and defense. They have scored 21 or more goals in all seven games. They set a season high with 25 goals three weeks ago against Atlanta, before cruising by that against Dallas. Through week 11, the Flyers lead the AUDL in points per game with 22.88, a full point ahead of Dallas in the South and are fifth in the league in points against with 18.75. Henry Fisher, who exploded onto the scene in week 1, leads the team with 26 goals in 6 games played. Terrence Mitchell and Jacob Fairfax both have 21 and have appeared in all 8 Flyers matches.

What has fueled this run by the Flyers? This is a team that seemingly hasn’t even fielded its best lineup yet this season due to some injuries and outside obligations. Yet, they have performed consistently week to week and have appeared to lock themselves in as one of the best teams in the league. It starts with chemistry. The players attributed their success this season to the the fact that having fun is a priority.

“We have played some great “team” ultimate and are doing an incredible job of enjoying the ride on a game to game or event practice to practice basis.,” said coach Mike DeNardis. Watching the team during warm-ups or on the sideline, there always seems to be some sort of smiling or laughing going on. Flyers veteran Terrence Mitchell echoed his coach’s sentiment after the game. 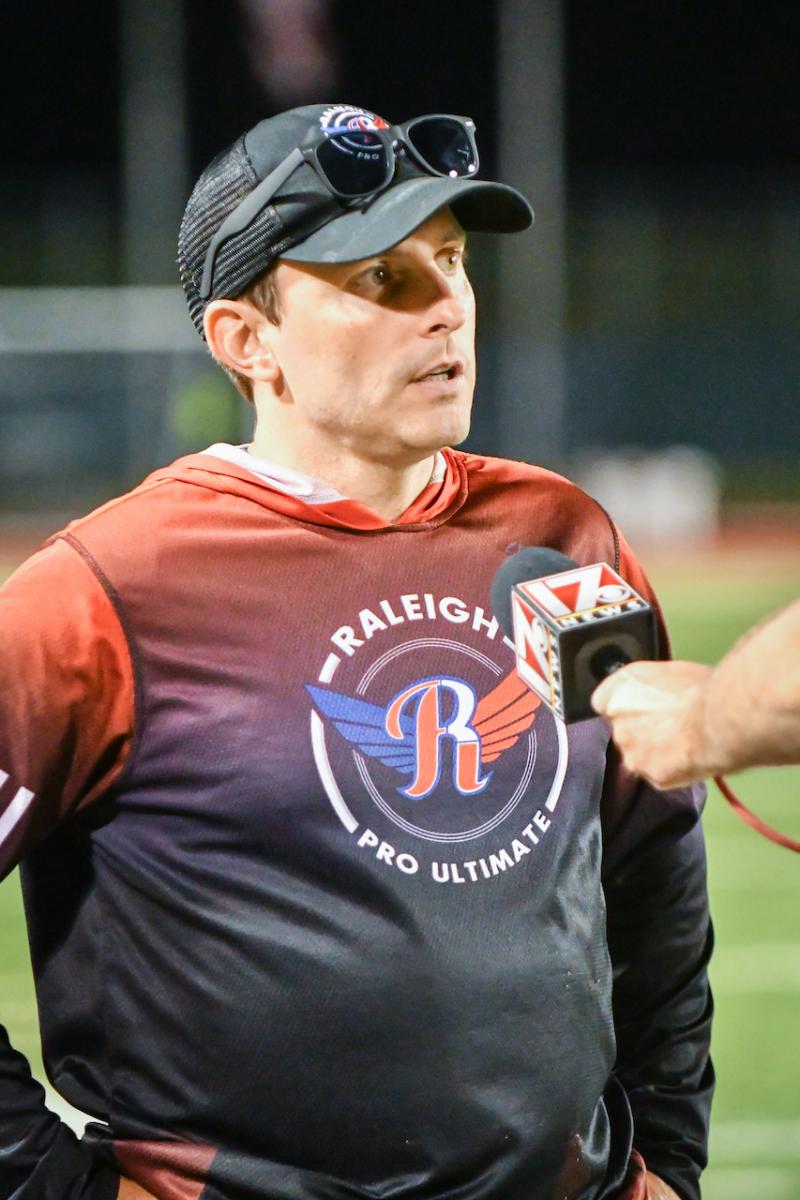 “This year I feel like everyone has bought in and on the same page about what we’re trying to accomplish,” he said. Mitchell was also quick to compliment some of the new faces on the team.

"Henry [Fisher], Bobby [Ley], and Eric [Taylor] hopped right into the system and were able to take charge through the first 7 games.”

Fisher, who played in the AUDL All-Star Game with Fairfax and missed the game against Dallas due a minicamp with the national team, praised the Flyers' “Team above all” mentality.

“We feel very unified in our goals this year," he said.

"We’re all competitive guys, we all want to win, we’re all ready to do what it takes,” he said. “I think we perform our best when we play without ego, and when we play for each other and hype each other up.”

With a potential Championship weekend preview coming up Saturday in Raleigh against the undefeated New York Empire, the Flyers will need every player on the field to be at their best. A win clinches a playoff berth, and gives the Flyers some wiggle room over their last three games to secure that ever important home field advantage in the first round.