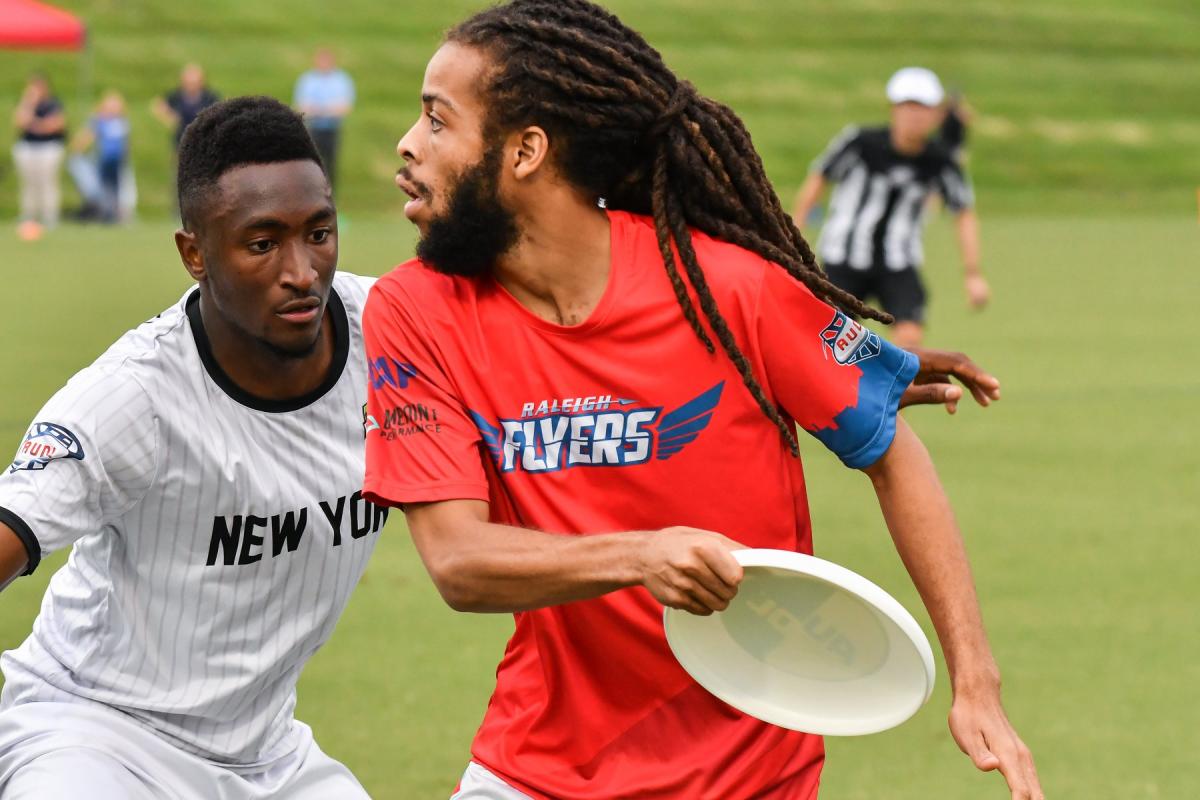 August is here and with it, the final stretch of regular season games in the Atlantic Division. The Flyers put on a great 6-0 run beginning with their first win of the season at home against Boston back in June. The Flyers swept Philadelphia, Tampa Bay, and Pittsburgh in the subsequent weeks, building a strong foundation of wins over the lower ranked teams in the Atlantic Division and fusing together a deep offensive line and one of the strongest defensive units the Flyers have offered in franchise history.

The stakes for Raleigh are high. The Flyers play Boston on Friday night and then head south to New York for a long-awaited rematch of the incredible 2019 Game of the Week against the Empire. Raleigh heads into the weekend in 3rd place in the Atlantic Division, just ahead of New York who dropped to 4th place after losing on the road to Atlanta. Raleigh’s playoff position depends heavily on their ability to win at least one of these key games this weekend. Two wins would place Raleigh in an ideal position to then challenge Atlanta and DC for playoff seeding this month. A win against Boston and a loss to New York would slide the Flyers back into 4th place with New York gaining the head to head advantage against Raleigh. Two losses would not be great for the Flyers as they would then be in a tie breaker scenario for 4th or 5th between themselves, Boston, and New York. Every weekend between now and the end of the regular season is an important one for the Flyers, but this particular doubleheader is especially critical for Raleigh’s situation in the postseason.

On Friday night Raleigh will face the same Boston team they saw in June, but with the additional presence of Orion Cable, who was traveling in Europe when Glory played the Flyers in June. Raleigh proved its defensive chops against Boston, and Cable adds a new layer to this game as he is Boston’s best deep cutter. Boston’s season has been mixed and while they possess the personnel to play a fast paced and high scoring game, they’ve had trouble closing games against experienced AUDL squads. Ben Sadok, Tanner Halkyard, and Henry Babcock have all had a banner start with the Boston squad but Boston hasn’t been able to distribute the offensive load across their roster. Raleigh may have an edge on Boston, greater than what the narrow 27-24 win back in June suggested.

New York on the other hand could prove to be just as sound an opponent as they were in 2019. New York isn’t necessarily the same offensive juggernaut but they still have a deep roster packed with excellent downfield talent. It’s impossible to talk about New York without highlighting Jack Williams, who by now exists in a Mount Olympus-esque pantheon of all-time great ultimate players from North Carolina. 2019 AUDL MVP Ben Jagt is also back for New York as is Jeff Babbitt and Marques Brownlee. The biggest newcomer to the Empire this season is Ryan Osgar who has had a tremendous 31 assist and 18 goal performance for the Empire. With the multifaceted presence of players like Williams and Osgar, New York can still run an offense that utilizes the length and space of the field to generate goals. The Empire haven’t shied away from challenging defenses in the deep space this season, and they have experienced both success and nail-biting losses from looking to their big stars to make plays. Much like Raleigh, New York has had time to play around with personnel and develop good chemistry on their O line.

On defense, the presence of Jeff Babbitt will be impossible for Raleigh to ignore, and Raleigh’s offense has had trouble winning end-of-quarter points against teams that have big deep defenders. Raleigh’s throwers will have to be selective about when to attack deep and when to play more conservative points. New York may still possess a slight edge in star power, and that edge may be just enough to replicate their narrow 2019 win over the Flyers. The Osgar matchup will be a crucial one if Raleigh wants to apply pressure in the backfield.

It’s hard to overstate how exciting the matchup between Raleigh and New York is. After competing against the lower seeds for a month, Raleigh seems as ready as they will be for the challenging games ahead of them. During their 6 game win streak they were outscoring opponents by an average of 9 points with the only exception being Boston. Outside of the shorelines and great stats from the past month which seemed likely for Raleigh to pick up in their July games, Raleigh just seems like a better team now than the one that started the season on June 5th. They’ve developed a dynamic offensive unit and possess one of the strongest groups of defenders the team has ever fielded. This weekend will be a true test of Raleigh’s ability to execute under pressure on the road. It’s a test the team will likely face in playoffs, and one the Flyers will have to pass to compete on Championship Weekend.

10: The number of blocks registered by Jeff Babbitt this season.

11: The number of goals Jack Williams has scored this season.

26: The number of goals scored by Henry Fisher this season.

29: The number of goals Ben Jagt has scored this season.

31: The number of assists Ben Jagt has scored this season.

246: The number of completions registered by Matt Gouchoe-Hanas this season.

307: The number of completions registered by Sol Yanuck this season.