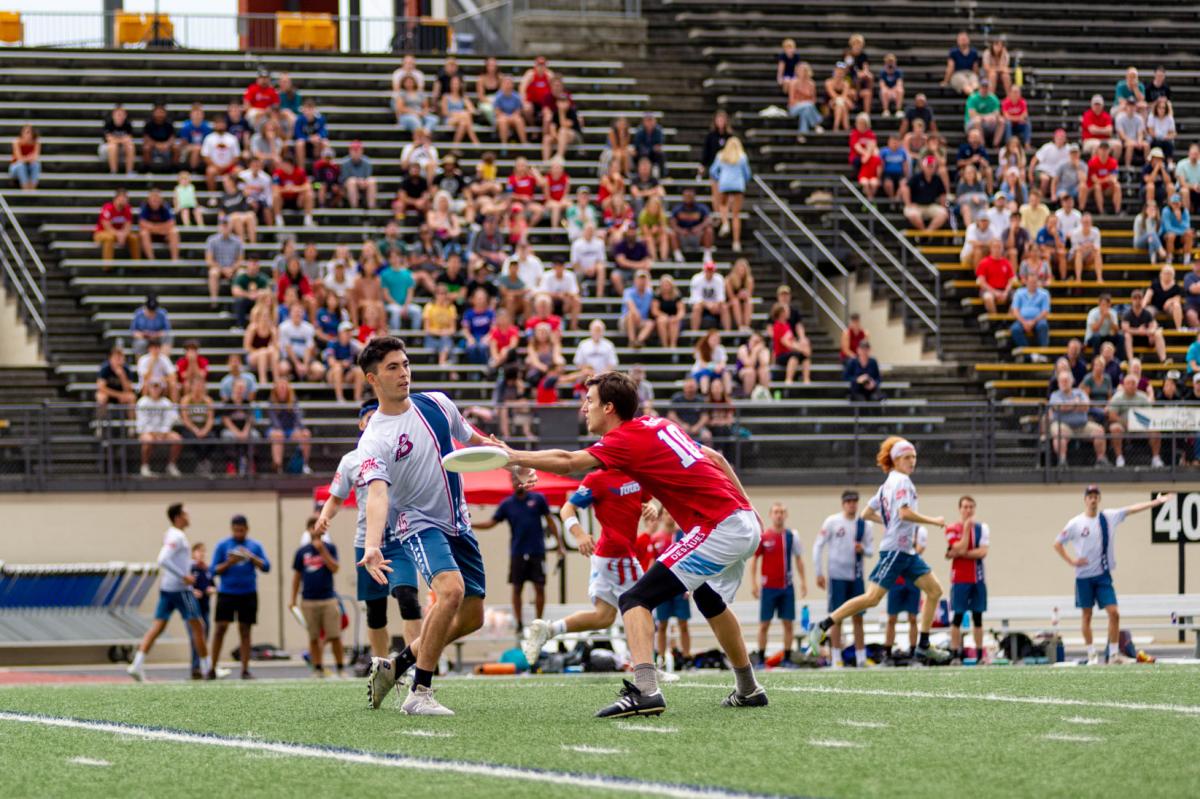 The 2021 AUDL season moved fast. We’re now just a few days away from the final games of the regular season. The stakes for this weekend were laid out by the Flyers last Saturday when Raleigh overcame a big early deficit against Atlanta to win 20-18. This weekend the Flyers will face top ranked DC for a chance to disrupt playoff seeding and potentially gain a home field advantage. Raleigh played a very resilient game the last two weekends. They will need every ounce of their late game durability to overcome one of the best offenses in the league on the road in DC.

For all of Raleigh’s staying power the last two weekends, the Flyers are still prone to execution errors early in big games. Whether that trend will hold into this next game remains to be seen. After going on a 5-0 run to beat Atlanta last weekend, the Flyers finally have a marquee win against one of the top teams in the division. There’s plenty of confidence to be found from such a win, and yet still more that the Flyers can improve this weekend. They have a chance to play spoiler this weekend in the division, and that’s a position that many Flyers players have relished in past seasons.

The DC Breeze have left little doubt that they are the top team in the division. Only Atlanta has proved capable of dismantling the fast paced offensive looks that DC likes to run across a complete game. DC’s other loss to New York occurred on a buzzer beater in the very first game of the season. The Breeze arguably have the deepest top to bottom team in the league this year. The distribution of scoring by DC’s O line has been much more even, with DC relying less on MVP performances and more on a system-wide offense.

Former college stars Joe Merrill (BYU) and Joe Richards (Mary Washington) may lead the Breeze with 30+ goals, but many of DC’s O line cutters share a modest but equally important scoring load of about 10 goals apiece. The same trend exists with DC’s throwers. DC currently has nine players with 10+ assists this season. The Breeze can push the pace of a game with their dialed in offense.

DC’s most vulnerable moments in their 17-13 loss to Atlanta came against the Hustle’s zone in wet conditions. It will be interesting to see how Raleigh employs its own playbook against the Breeze. Last weekend against Atlanta, the Flyers were able to score quickly off of successful sideline roller pulls that limited the Hustle’s downfield options. DC has a great backfield with players like Jonny Malks and Zach Norrbom generally at the helm. Raleigh could find some success applying direct pressure on DC’s throwers while attempting to simply contain deep threats like Joe Merrill.

That seemed to be Raleigh’s strategy against Atlanta, as the Flyers largely ignored Karl Ekwurtzel to apply more defensive pressure in the throwing lanes and on Atlanta’s handlers. Raleigh also had some success generating and pressuring red zone turnovers. The final small but significant part of Raleigh’s success against the Hustle came from their ability to disrupt late game buzzer beaters, something that the Flyers appeared to struggle with earlier in the season. In a high scoring game like the last one the Flyers played against DC, the Breeze have a small but clear edge. If Raleigh can apply pressure and force DC out of what they like to do, the Flyers have a real chance at another big win.

There were a few significant personnel moves made by the coaching staff against the Hustle. Eric Taylor had significant D line reps and helped generate blocks and move the disc on a turn. Terrence Mitchell continued to rack up goals on Raleigh’s O line after being transitioned into the offensive role against Boston and New York. And Conor Russell was back in full stride, managing to earn a layout block and taking key matchups against Atlanta. Ethan Bloodworth had a notable night against Atlanta. Despite sustaining an ankle injury, Bloodworth was able to come back into the game and have an important impact on the mark and guarding resets. He could see significant reps against DC’s seasoned core of throwers alongside the usual cast of handler defenders on the Flyers.

5: The number of blocks registered by Ethan Bloodworth this season.

18: The number of blocks registered by AJ Merriman, the highest on the Breeze.

19: The number of goals scored by Terrence Mitchell this season.

24: The number of assists thrown by Jonny Malks, the highest on the Breeze.

32: The number of goals scored by Joe Merrill, the highest on the Breeze.

33: The number of goals scored by Henry Fisher this season.

41: The number of goals scored by Anders Juegnst this season, the highest on the Flyers.