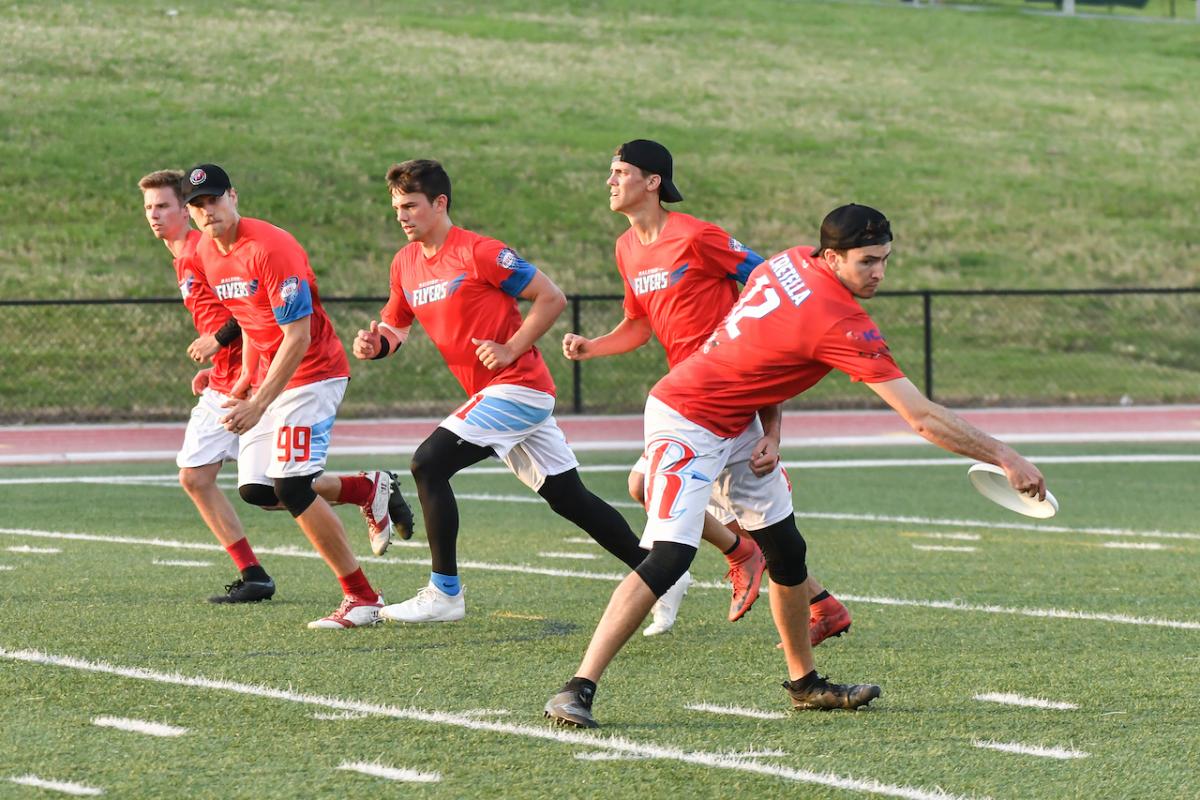 When the Raleigh Flyers and New York Empire meet for the first time ever at Wake Med Soccer Park in Raleigh, the league will certainly be paying attention. Not only could this be a preview of Championship Weekend in San Jose, but following San Diego’s loss last weekend to Los Angeles, the winner has the inside track for the top overall seed should they reach Championship Weekend.

This matchup will see two of the top offenses in the league colliding with two of the top defenses. The Flyers lead the league in scoring, averaging 22.88 points per game, with New York fifth at an even 22 points per game. Coincidentally, the teams are switched defensively. New York leads the league with just 17.88 points allowed per game, and the Flyers are fifth with 18.75. In fact, the Empire have scored 20 or more points in all but one game this season, their 19-14 win over Philadelphia last weekend. They have also only allowed opponents to score 20 or more once. On the Flyers side of the field, the offense has been electric. Ever since tallying just 17 goals against Dallas in the season opener, the Flyers have scored 21 or more in every game since, including an incredible 27 points on Dallas, who boasts one of the toughest defenses in the league. Defensively, only Atlanta has managed to break the 20 point threshold against the Flyers, doing it twice. With these two teams, the end result could be a low scoring tactical affair, or a high scoring sprint.

Each team boasts deep rosters stacked with talent on both offense and defense. Six players between the two teams played in the AUDL All-Star game, with several others who could have joined them. In this first installment of 5v5, here are the top five players on each squad to watch out for on Saturday night. 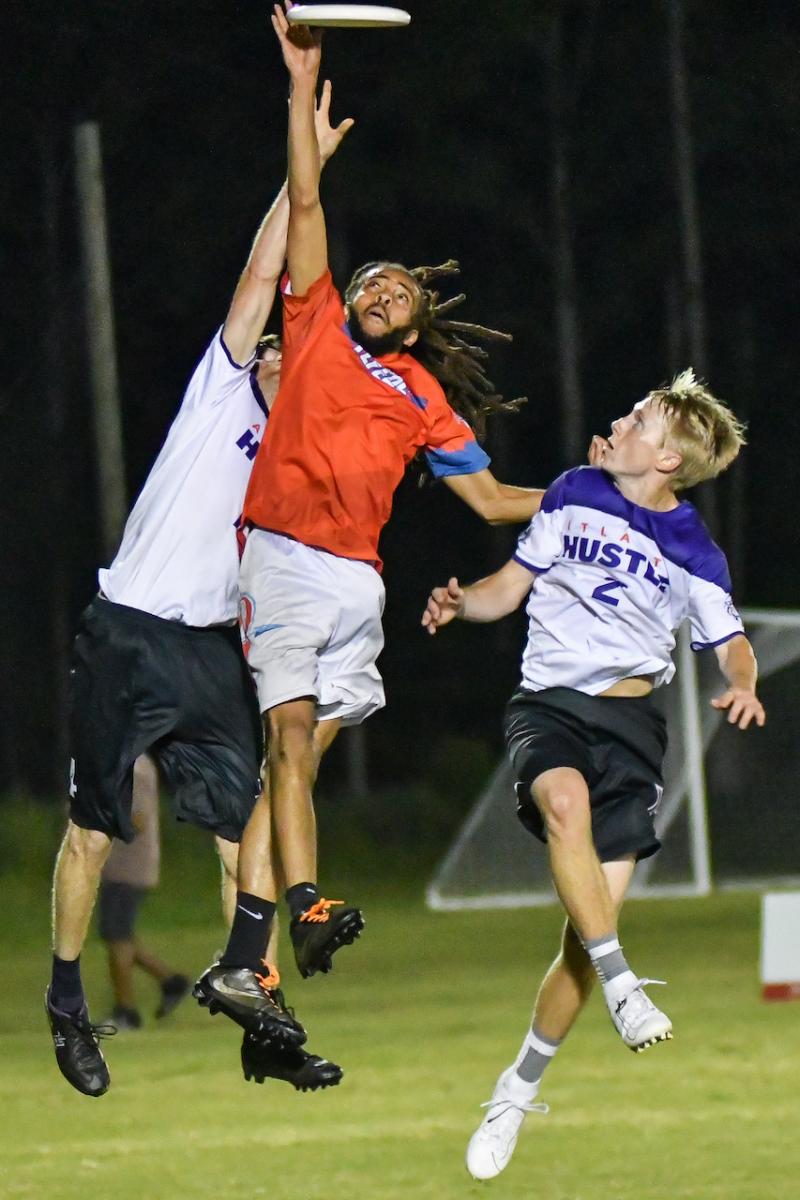 Terrence Mitchell #8. The speedster has made improvements to his game this season, working more in the middle of the field instead of making the deep cuts. His improved throwing skills have helped the normal handlers to get upfield and set up players like Fisher and Freystetter deep. Even still, Mitchell is second on the team with 21 goals. His top speed and ability to rise up over a defense are huge assets for a Flyers offense that will face a tough defensive test against the Empire D-line. 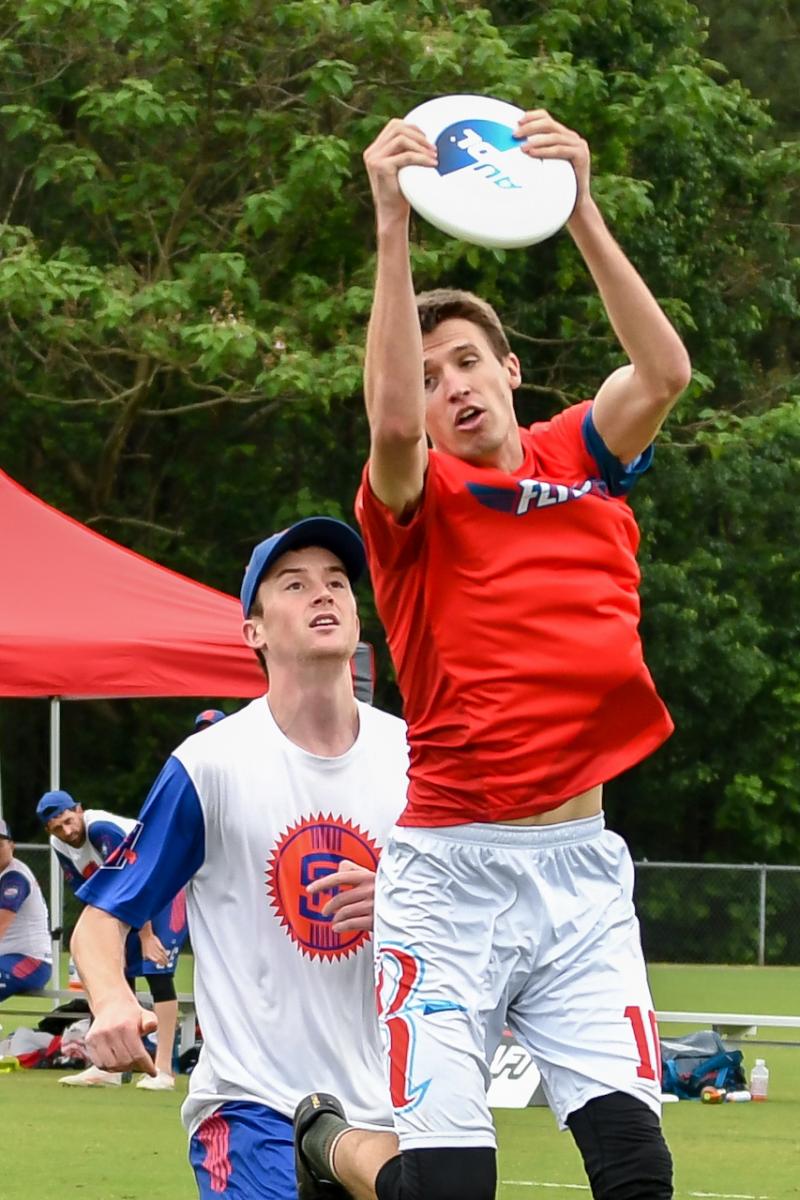 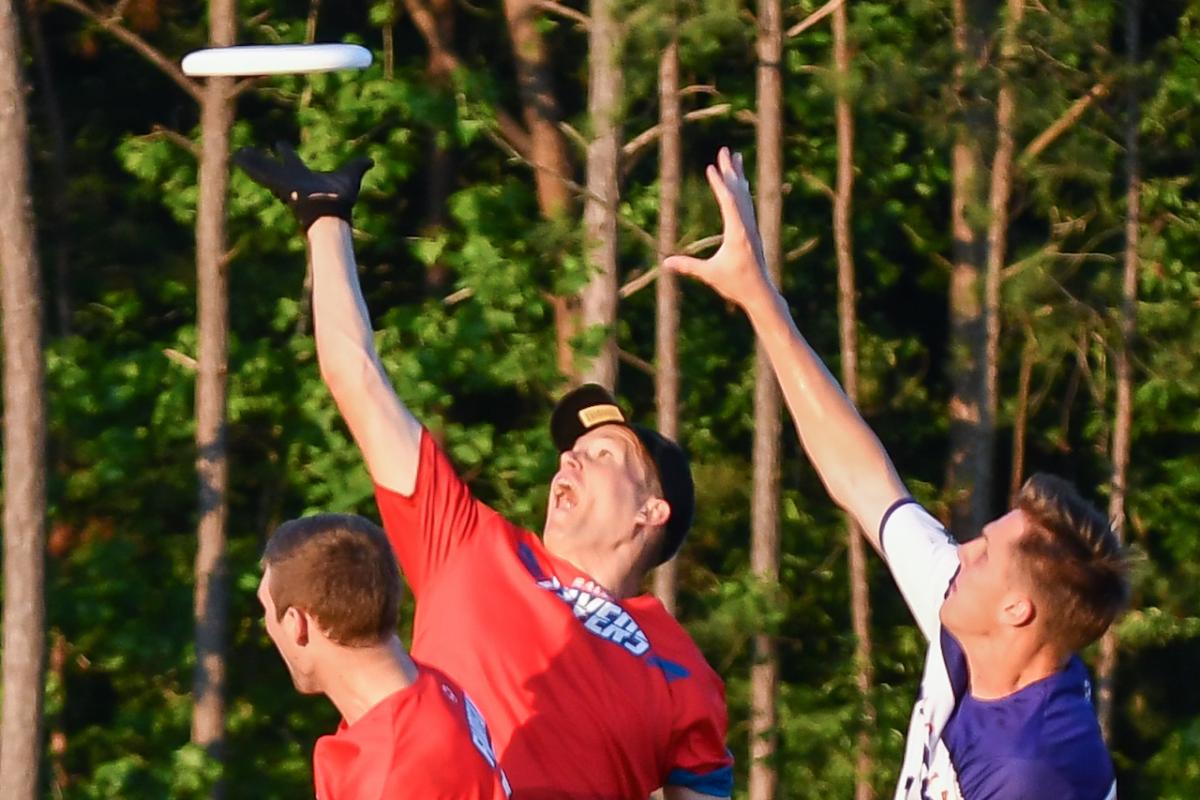 ​Mischa Freystetter 11. The Flyers’ big man, he is also one of their highest utility players on both sides of the disc. He is a solid defender, using his size and length to break up huckster's. His speed, size, and ability to box out also makes him a dangerous receiver on offense. With 16 goals and 12 assists, Freystetter is comfortable handling the disc and making the right cuts to get into the endzone. With the Empire fielding some impressive tall athletes on their offense it would not be surprising to catch Freystaetter taking on the likes of Ben Jagt during the game. 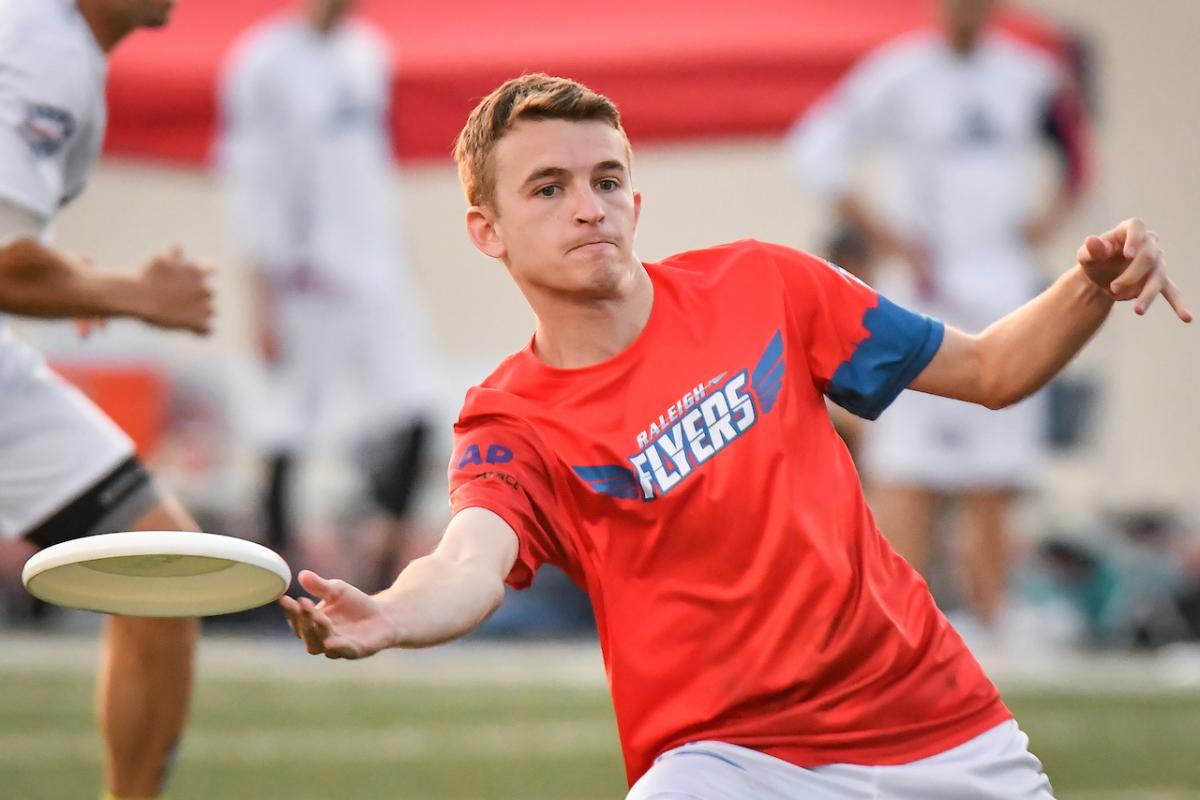 Bobby Ley #19. The first year Flyer may have only two games under his belt for Raleigh, but his impact as a thrower has been felt immediately. He has completed 98 of his first 100 passes as a Flyer, with 7 assists. He has also added 6 goals in two games. The connection he has with fellow throwers Noah Saul and Allen Laviolette was clear in the rout of Dallas- it felt as if every Flyers possession began with those three using quick passes to get the offense going. On a team with deep backfield of capable throwers, Ley has a great opportunity to shine for Raleigh in his first ever cross-divisional game. 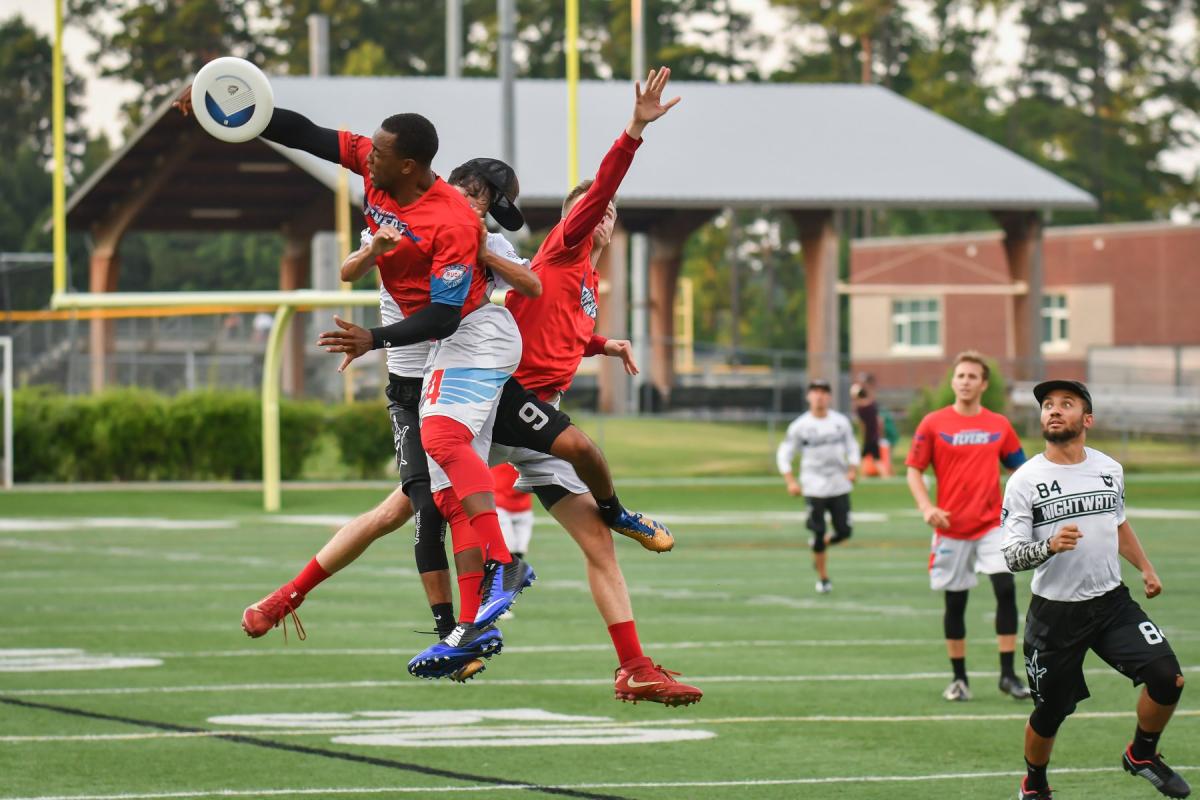 David Richardson #84. Arguably the best deep defender the Flyers have, Richardson is a blocking machine who has good closing speed and great timing. He leads the team with 11 blocks, and much like shutdown defensive backs in the NFL, his presence can deter opposing throwers from throwing deep or over the top and his break away speed makes Richardson dangerous on a fast break. Richardson's sizes and speed will come in handy this weekend against an Empire offense that is certainly not lacking in either department. 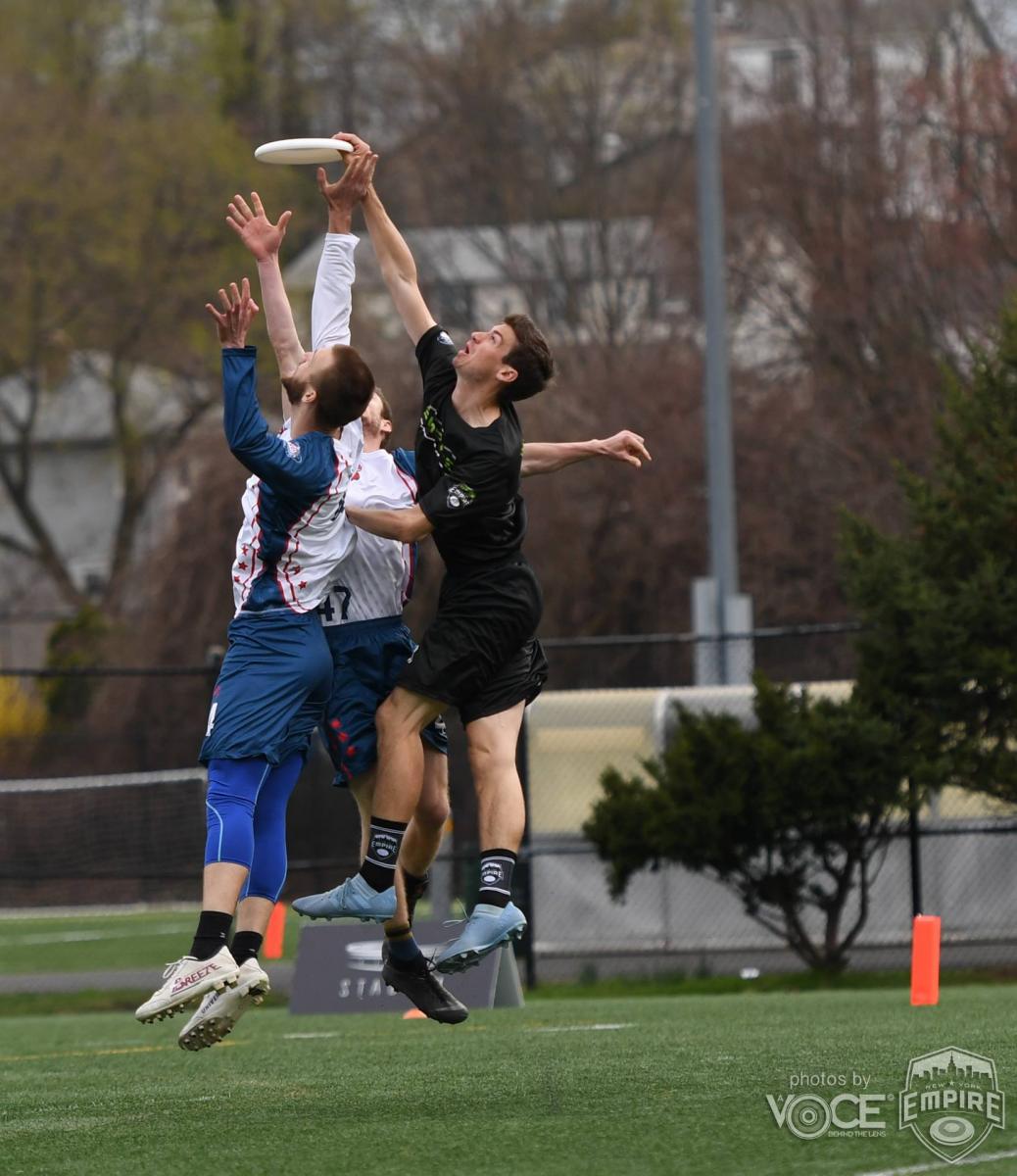 Jack Williams #11. The former Flyer is the player that local fans (and former teammates) are the most excited to see in action and off the field Saturday night. Williams was a key piece of the Flyers offense from the moment he donned a red jersey in 2015. He complements Jagt’s size on New York’s offensive line with his own explosiveness and his ability to rise to the big game defensively is legendary. If the Empire find themselves in trouble during the night, don’t be surprised to see Williams uncork a clutch throw, collect a huge sky, or put it on the line for a key block.

Harper Garvey #24. One of the less well known but very important contributors to New York’s O line, Harper Garvey has come a long way in his ultimate career. The Empire helped propel Garvey into the spotlight as an impressive thrower with an array of hucks and particularly some precision over-the-top throws. With 33 assists and more to come down the road this season, Garvey is the best pure thrower on the Empire. 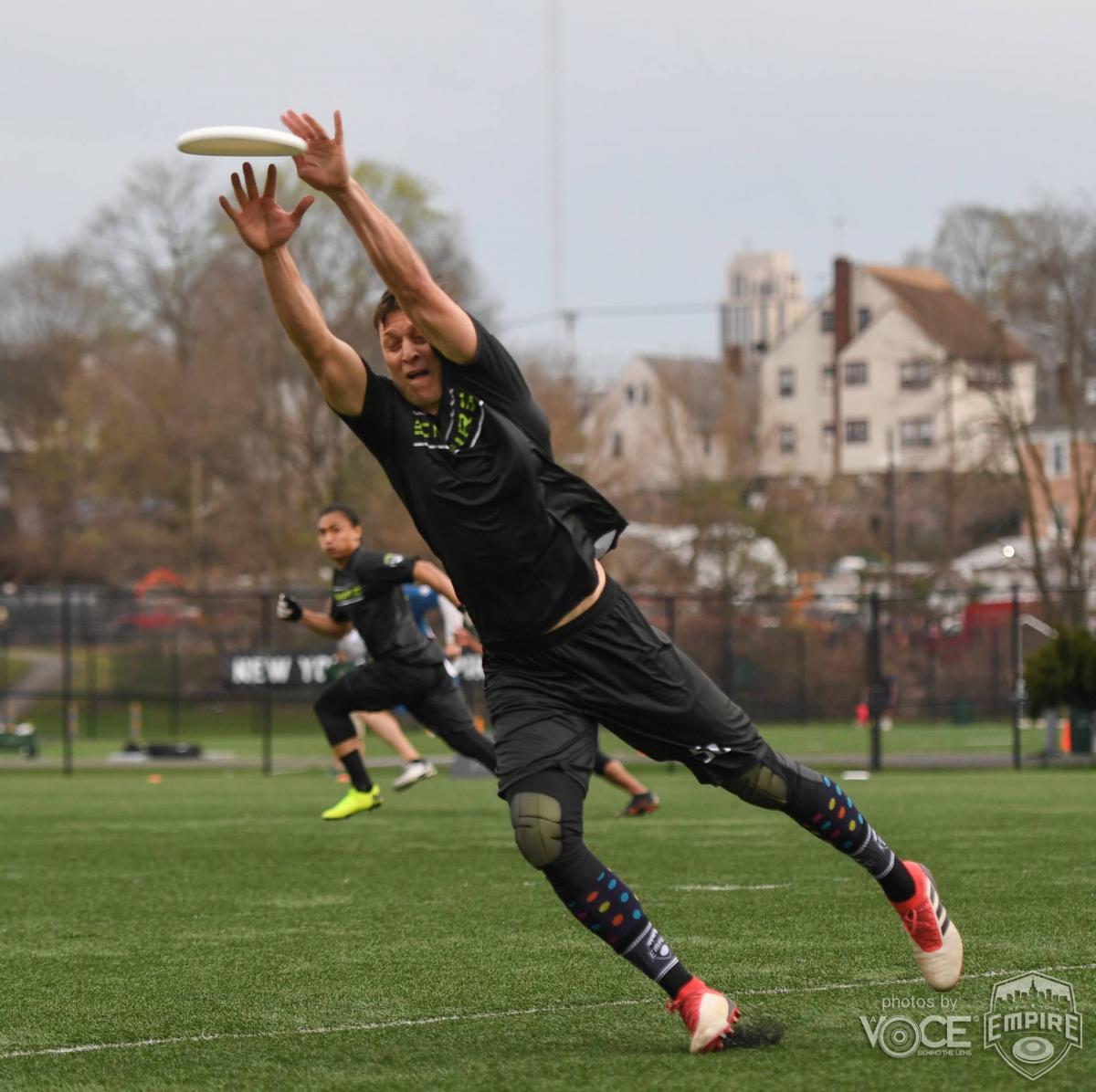 Beau Kittredge #50. In terms of mystique and legacy, Kittredge’s name precedes him. Kittredge’s game has evolved greatly since he first stepped on the AUDL field in 2014 for San Jose. Whereas Kittredge was renowned as a receiver early in his career, he has retooled has game into becoming a defensive stopper. Alongside an explosive Jeff Babbitt, Kittredge will have some tough defensive assignments downfield and it would not be surprising to see Beau rise to that challenge a couple of times for his team. 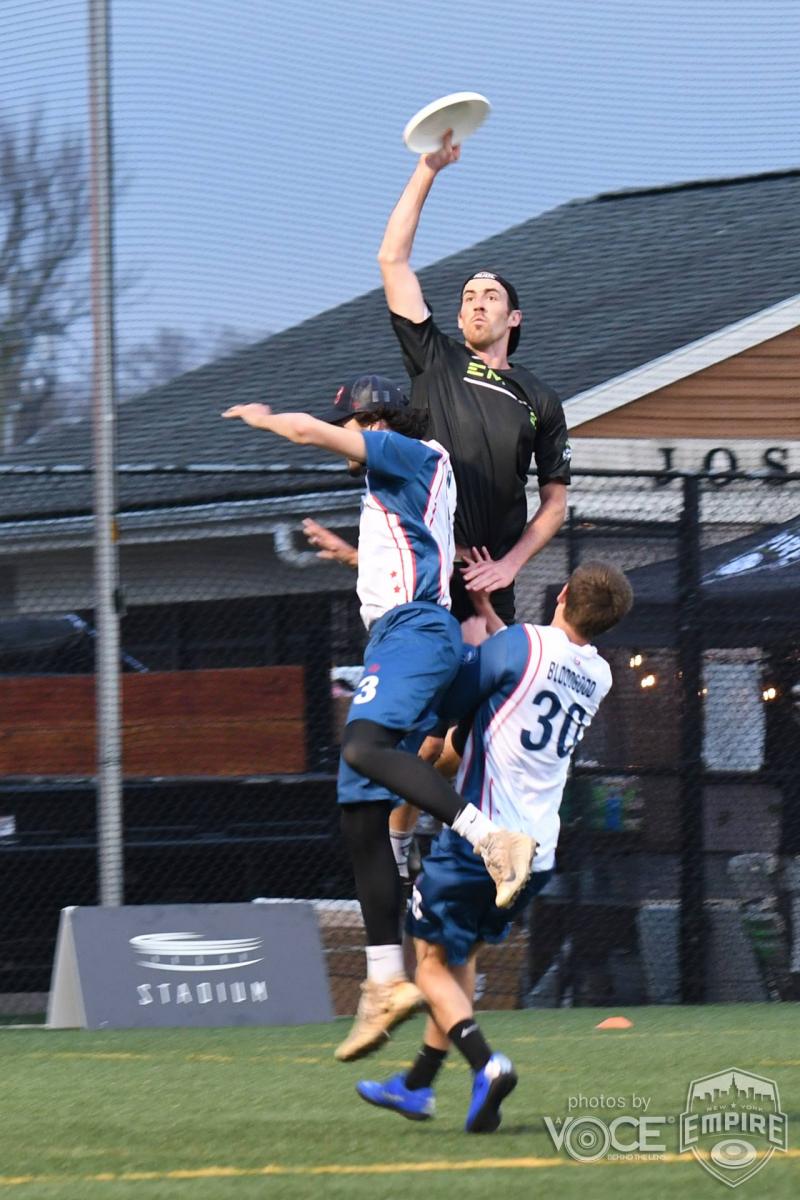 Ben Jagt #69. For such a towering and impactful receiver it’s interesting how much Ben Jagt has flown under the radar for the impact he’s had as a deep receiver. Jagt has been getting better and better the last three seasons both in the New York pro and New York club scenes. He leads the team in overall offensive production with 37 goals and 31 assists to his name. 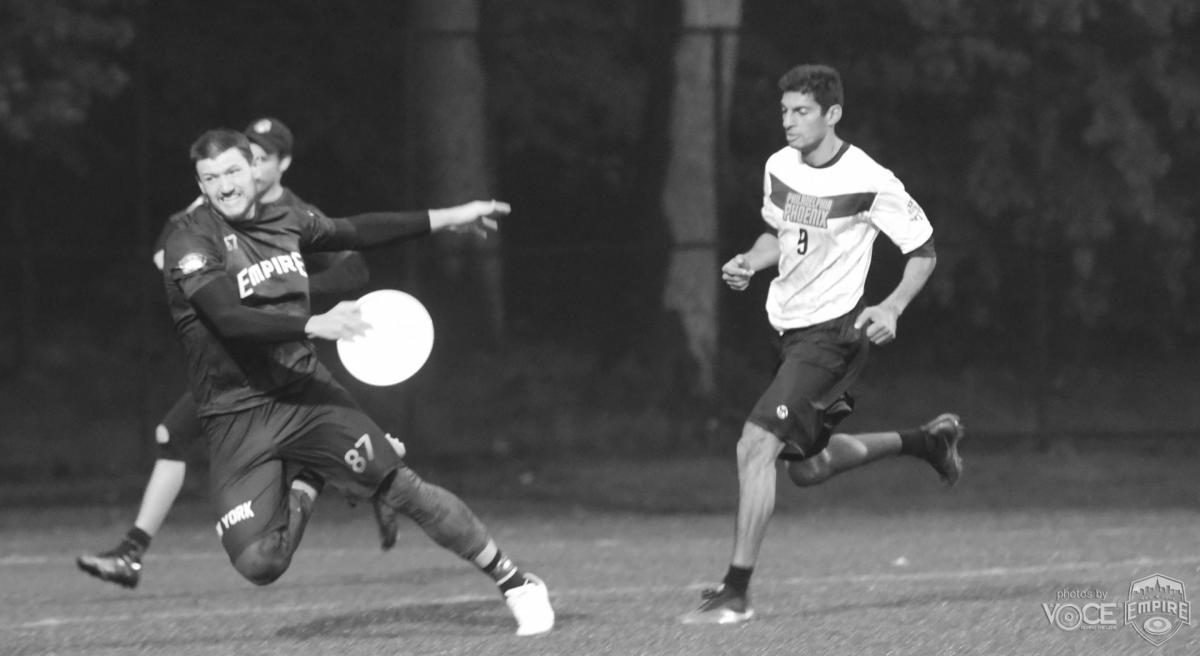 Jeff Babbitt #87. Babbitt is one of the best physically gifted players in ultimate, making a name for himself at UMass and in the Northeast before taking his defensive talents over to the Empire. Of all the defenders that can cause problems for the Flyers on Saturday night Babbitt is at the top of the list with the ability to explode into a layout on an errant throw or comfortably test a matchup on a turn. Babbitt can steal the heart out of a team quickly and his intensity matches perfectly with his role to generate blocks and score breaks.

The coaching staffs of both the Flyers and Empire are amongst the best in the league. Mike Denardis and David Allison will square off against Bryan Jones and Eileen Murray in a game that will test the ability of both staffs to adjust over the course of four quarters. For Denardis and Jones, Saturday will be the first time they've squared off in an AUDL game. Whereas Denardis has been a stalwart in the coaching arena for a long time, Jones has been a rising star in his own right bringing home a club championship last season with Pride of New York and cementing himself as a meticulous game planner who puts forcing an opponent to go to plan B, first. Both staffs have experimented defensively and have figure out how to creatively use the space on the field. Saturday will be more than just a clash of great talent. It will pit two of the best men's ultimate coaches on the planet against each other. Buckle up.