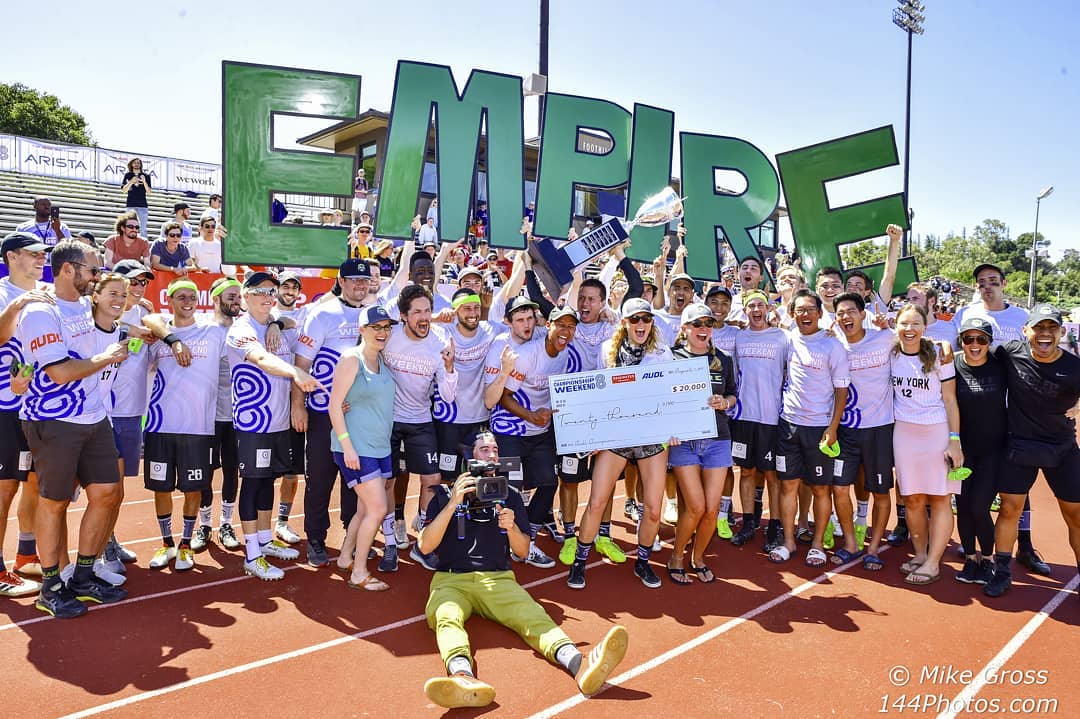 After more than 600 days without playing a game, the reigning champion New York Empire will return to the field this summer. The 2021 AUDL schedule has officially been announced; the Empire will play a 12-game regular season from June to August, with the potential for playoff games in September. Home opener is Friday, June 4 at 7:00 PM/ET at Joseph F. Fosina Field against the DC Breeze.

Due to Canadian border restrictions, New York has moved from the East Division to the now eight-team Atlantic Division, facing new competition in Atlanta, Boston, DC, Philadelphia, Pittsburgh, Raleigh, and Tampa Bay. Four playoff spots will be awarded to the top four teams, with the top two moving on to Championship Weekend, the AUDL’s final-four style competition taking place the final week of the season.

The Empire enter the 2021 season with a target on their backs; they defeated Dallas on August 11, 2019 to bring home their first AUDL championship. With one of the most talented rosters in the league, New York is returning 2019 AUDL MVP Ben Jagt, 2019 All-Stars Jeff Babbitt and Ben Katz, and Second Team All-AUDL member Jack Williams. Also returning for his third season with the team is famous tech youtuber Marques Brownlee (known to his 14 million subscribers as MKBHD).