The Cannons franchise has sold to a new AUDL ownership group in Tampa Bay, Florida. Led by longtime ultimate players Pete Masone and Brandon Perales, the group of five owners is looking to continue the successes of a Cannons team that has made the postseason twice in the past three seasons. The team will move operations to Tampa Bay immediately where they will play their South Division home games during the 2018 AUDL season. The league will assist with the launch of the franchise during its inaugural year in Tampa Bay, with the new ownership group assuming full responsibility during the 2019 season.

“We’re going into our seventh season as a league in 2018,” AUDL Commissioner Steve Gordon said. “We’ve already accomplished so much, but in the sports world, we’re still very much a start-up. I think we’ve proven in the past that we’re willing to make necessary changes to be adaptable and successful, and moving to Tampa Bay is in keeping with that fundamental approach.”

“The combination of a great market with great ownership is a recipe for success and that’s exactly what we now have in Tampa Bay,” Gordon continued.

Masone and Perales will manage the team locally in Tampa Bay during 2018, using their previous years of experience with the Cannons franchise to help transition the team into its new location.

Going into 2018, the Cannons expect to return one of the most athletic and dynamic offenses in the league. The receiving duo of Jordan Huston (league-leading 80 goals; AUDL record 22 in a Single Game) and Jeremy Langdon (59 goals) were the most prolific goal scoring combo in the league in 2017. Handler, Bobby Ley finished last season as an MVP finalist, tossing 55 assists (sixth in the AUDL) and catching 19 goals while orchestrating the fifth-ranked scoring offense. Former All-AUDL member and venerated playmaker Mischa Freystaetter - only a year removed from scoring an AUDL record 95 goals during the 2016 regular season - shifted onto the defensive line in 2017 and immediately proved his dominance on both sides of the disc helping balance the Cannons coverage.

An announcement about the 2018 tryouts for the Cannons will be coming out later this week on their social media channels. 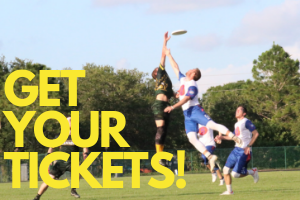