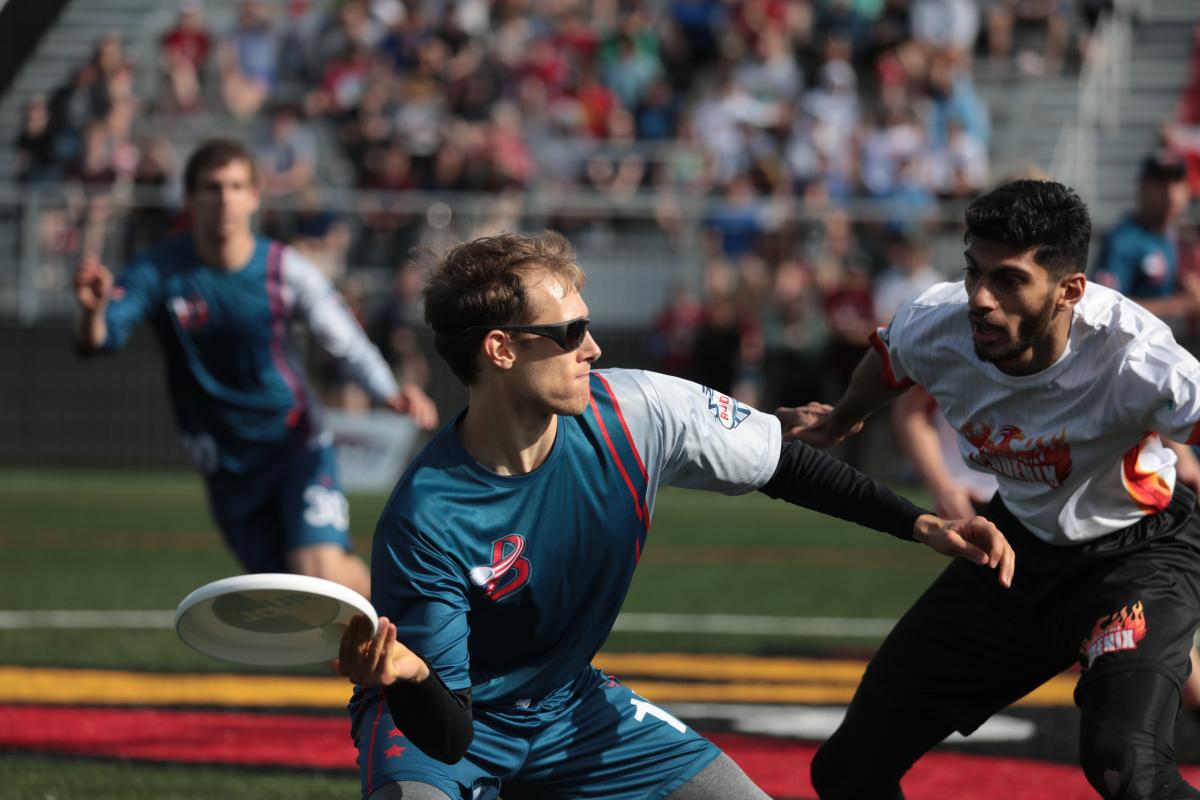 After a bye last weekend for the AUDL All-Star Game, the DC Breeze are back in action this Saturday and Sunday as they begin the stretch run of the AUDL regular season. DC will host the Toronto Rush at Carlini Field in the District on Saturday at 6 p.m. before traveling north for a Sunday afternoon clash at the Philadelphia Phoenix, available on AUDL.tv.

The importance of this weekend’s games to the East Division playoff race cannot be overstated. The Breeze (4-4) remain in the division’s third and final playoff spot, while the Rush (5-2) sit in second and the Phoenix (2-3) reside in fourth. DC has only played one game so far against Toronto and Philadelphia combined, a 20-18 win over the Phoenix on April 20, but each of the Breeze’s four remaining games will be against the two playoff rivals.

Both Toronto and Philadelphia have more games left to play than the Breeze, so it is important for DC to pick up head-to-head wins this weekend to help prevent a late-season run by either of them.

The Toronto game will be one of the biggest occasions to date at Carlini Field, as Stadium will be on hand to broadcast the game live as the AUDL Game of the Week. This is the first time that the new home of the Breeze will be on display in the AUDL’s weekly showcase game.

It will be the first meeting of the season for the longtime East division rivals, each of whom have their sights set on hosting a playoff game come July. The Rush have a superior record of 5-2, but have yet to win a game played outside of Canada, having lost at New York and Philadelphia earlier in the season.

Toronto has been known to spread the wealth on offense, with no players racking up a lion’s share of goals or assists. Statistically, the team’s offensive leader has been Nathan Hirst, who leads the team with 18 goals and 18 assists on the season. The Breeze, on the other hand, are led as expected by reigning MVP Rowan McDonnell, whose 39 goals and 35 assists give him the highest combined total in the AUDL.

Saturday’s game will also be YCC night at Carlini Field. Washington’s youth club teams will be on hand to raise funds for their trips to USA Ultimate’s Youth Club Championships in August. Fans can buy tickets for $15 by purchasing them through a YCC player through Friday, thereby raising funds for that player’s team. In addition, YCC teams will be scooping ice cream for fans throughout the game in exchange for donations. Fans can also earn the chance to participate in a halftime disc throw challenge upon donating to the YCC program.

Both the Breeze and the Philadelphia Phoenix will face a quick turnaround before their Sunday afternoon meeting in Conshohocken, Pennsylvania. As the Breeze journey north after taking on the Rush at home, the Phoenix will be returning from a Saturday night clash in New York against the division-leading Empire.

The Breeze won the teams’ first meeting of the year, a 20-18 victory April 20th at home, but this will be the first matchup between the squads in Philadelphia since last year’s historic 18-18 tie. Neither side left completely satisfied after a series of weather delays forced the early termination of that April 2018 contest, and both will return on Sunday looking to set the record straight.

The Breeze defense will hope to take advantage of Philadelphia’s struggles with the disc this season. The Phoenix rank last in the AUDL in completion percentage (90.8%) and turnovers per game (26.6), and are one of just three teams averaging fewer than 18 points per game.

With only five games played so far, Philadelphia’s players haven’t had much of a chance to rack up huge stat totals, but Billy Sickles has established himself as a two-way threat with eight blocks and 11 assists. Himalaya Mehta is the team’s top scorer with 16 goals.

First pull between the Breeze and Phoenix is set for 2 p.m. ET on Sunday. The game will be broadcast live on AUDL.tv.