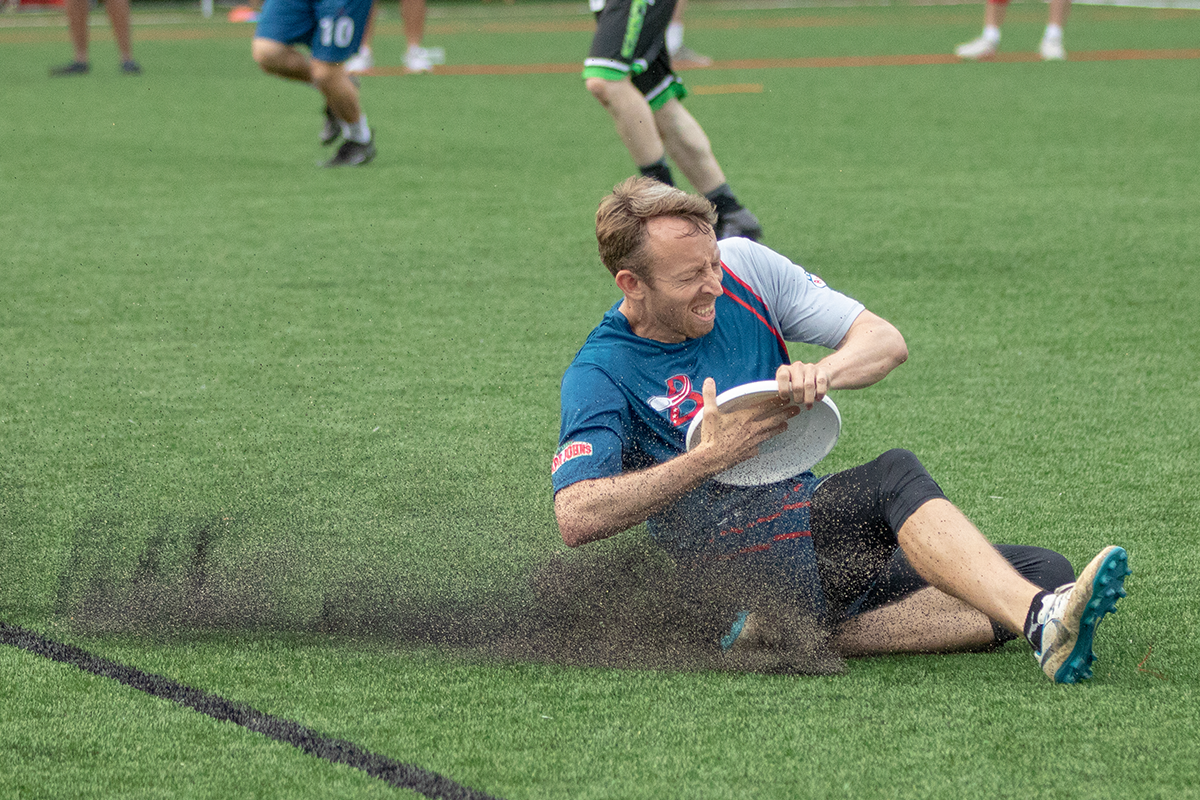 The DC Breeze continued to reign supreme in the “Battle of the Capitals” against The Ottawa Outlaws Saturday evening, retaining the Capital Cup in a 24-15 blowout. Inaugurated at the beginning of the 2018 season, the Cup is passed to the winner each time the two capital cities meet. The Breeze have yet to give it up to their counterparts north of the border.

Saturday evening rain and thunderstorms had been predicted for days, but the weather suprisingly held out as it turned out to be a beautiful day to play ultimate.

“We were able to play true ultimate and really play a strong pressure defense” coach Darryl Stanley said after the game. In contrast, high winds in the Breeze’s previous home game April 20 against the Philadelphia Phoenix resulted in messy throws, multiple turnovers, and not nearly as clean of a game plan.

Dane Warner provided a shining moment in the first quarter with a beautiful early goal for the Breeze, showing promise as a Breeze rookie after having played on the Madison Radicals in 2017. Anthony McLean then closed out the first period with an amazing buzzer beater catch in traffic to give the the Breeze a 7-3 lead as time expired.

McLean and Warner featured again in the second quarter by coming oh so close to a “Greatest” for a Breeze goal, but McLean’s take-off foot was correctly ruled just out of bounds. Geoff Bevan provided a nice highlight with an amazing Outlaws block, but his efforts were not nearly enough to keep Ottawa in the game as the half ended 12-5 in favor of the Breeze. 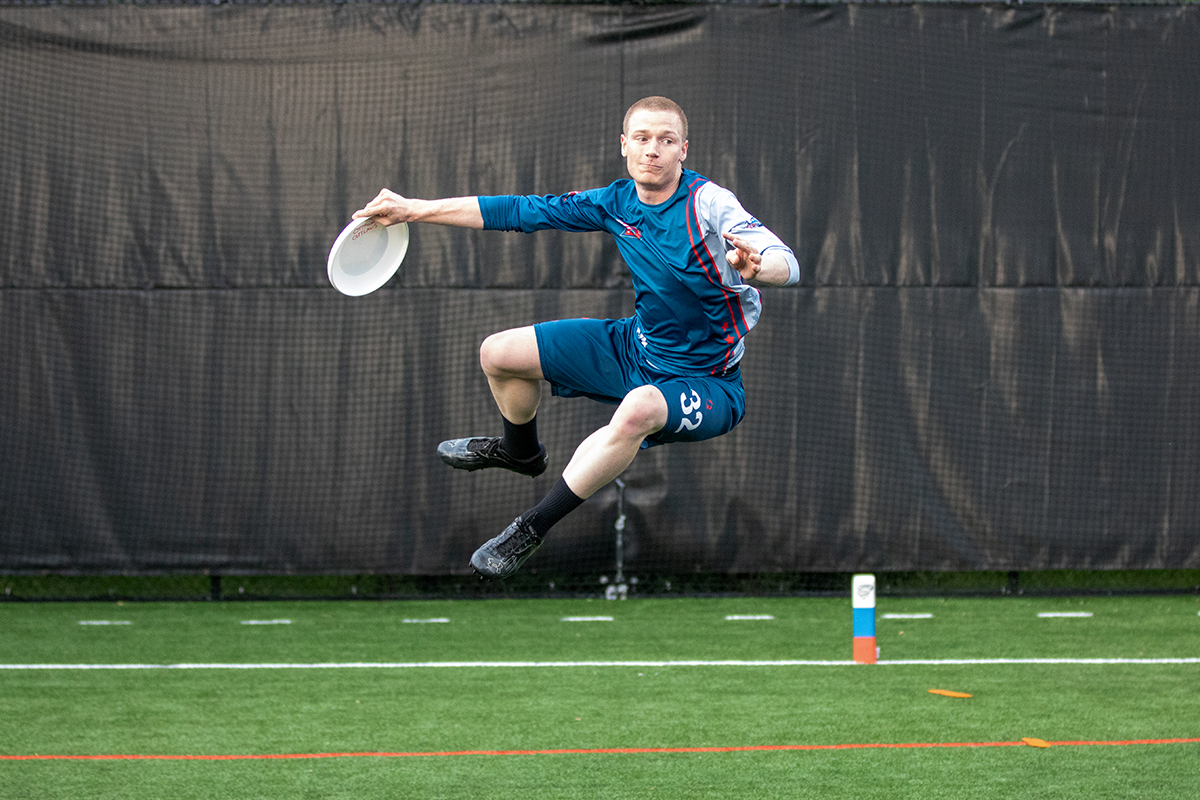 The Outlaws doubled their halftime score in the third quarter alone, but they still lost ground as the Breeze earned seven goals of their own to stretch the lead to 19-10. Nathan Prior showed impressive spirit of the game at one point in the quarter, helping pick up his defender after a mutual bid.

The final quarter played evenly on the scoreboard with the Breeze maintaining their nine goal advantage to the end. Each team scored five goals while foul calls accumulated at a faster pace as fatigue began to set in, especially for the traveling team. When the clock ran out, the final score was 24-15 Breeze.

Handler Zach Norrbom was named Breeze Player of the Game by the Outlaws team with an impressive overall performamce including four goals, two assists and only one throwaway while commanding the offense on 16 offensive possessions. Matthew “Rowan” McDonnell led the overall offensive stats with with four goals of his own along with six assists and no turnovers for a team-leading plus/minus of +10. 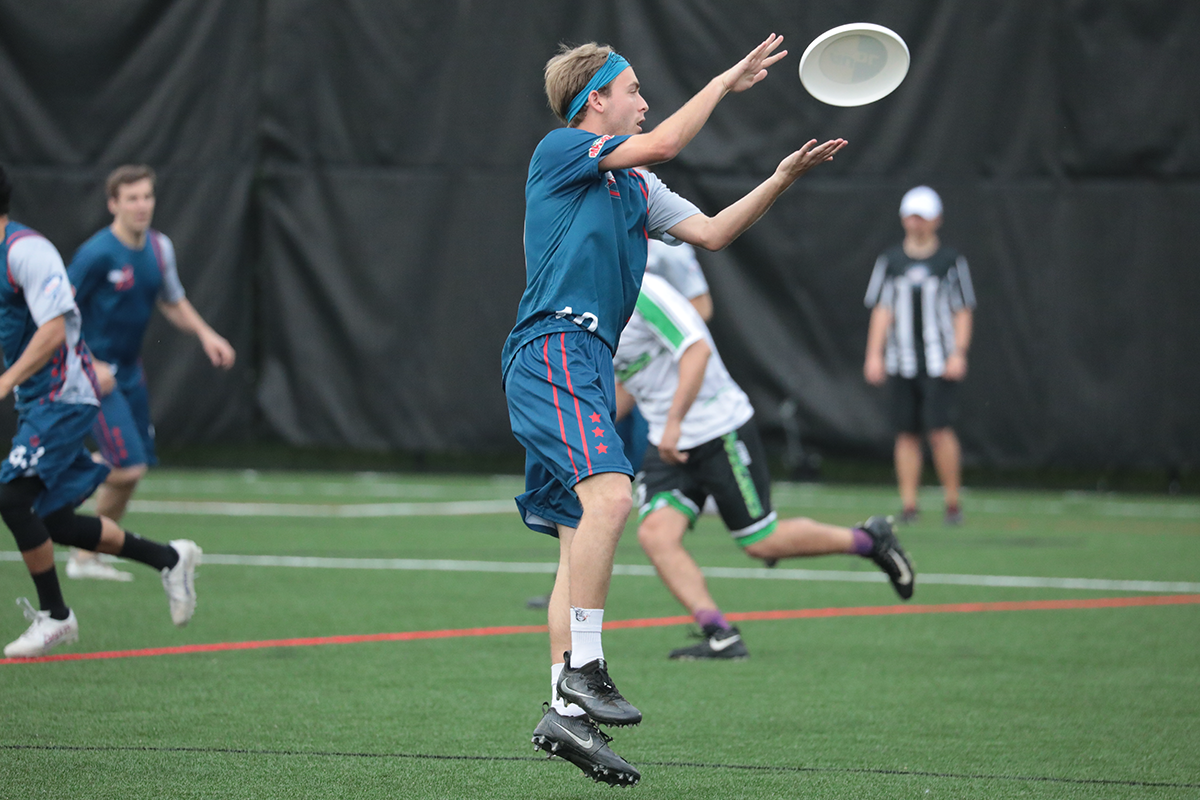 David Bloodgood of the Breeze had thee blocks to lead the team. Xavier Maxstadt was the only other Breeze defender with multiple blocks, getting two against the Outlaws’ O-line. Six other players had one block each for a team total of 11 compared to five for Ottawa. The Breeze defense enjoyed a 63% conversion rate after turnovers, while the Outlaws managed only 38%.

David Colic led the Outlaws with five goals, and also led the team in plus/minus with a +6. He was named Player of the Game for the visitors.

The Breeze hope to take the confidence from this win into their next game against their long time rivals, The New York Empire. “We will look at what worked, what didn’t and hope to try something different,” said Coach Darryl Stanley.