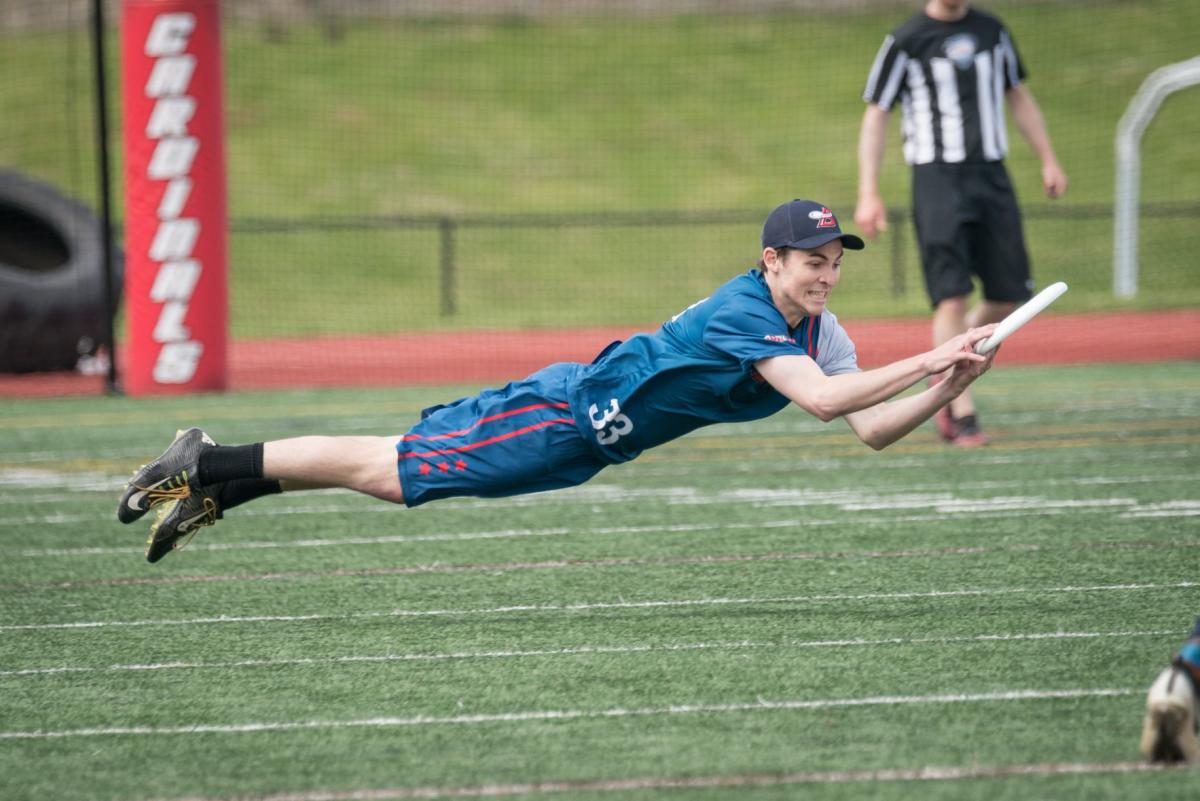 The DC Breeze (1-2-1) return home this Saturday to host the Raleigh Flyers (5-2) Saturday at 6:30pm after falling to a buzzer beater last week in New York.

Tickets Online Through Friday or Purchase at Gate

DC is coming off a two-game road trip up the east coast, returning without a win despite being outscored by only one total goal through the two games. The Breeze recorded the franchise’s first tie in Philadelphia and then fell to New York on a last second goal.

This week, the Breeze will host the Raleigh Flyers at Cardinal Stadium. This is only the second meeting between the two teams, as the Flyers play in the AUDL South division. Saturday will mark the Flyers’ first ever visit to the Nation’s Capital after they hosted DC last season in North Carolina.

In last season’s meeting, the Flyers edged out DC in overtime 23-21 in week four of the 2017 AUDL season. It was a particularly painful loss, as the Breeze watched a 4-goal fourth quarter lead over the heavily favored Flyers dwindle to nothing at the end of regulation before Raleigh emerged with the overtime win. The Breeze were led by Eric “Astro” Miner with three goals in the loss, while Alan Kolick led the team with seven assists. The Breeze had a 90% completion percentage compared to the Flyers’ 94 percent.

Johnathan Nethercutt led the Flyers with six assists and 86 completions in the game against DC, while Matt Bode’s seven goals led the scoring.

This season, Jacob Fairfax leads the Flyers in goals with 22 through four games played. His 22 goals place him third on the AUDL leaders list in goals. Fairfax scored 42 goals last season for Raleigh.

DC will counter Fairfax with Matthew “Rowan” McDonnell, who leads the Breeze with 15 goals and 13 assists in his three games played. He is three goals away from his season total of last season’s 18 scored. McDonnell also has a plus/minus of 27 this season, six ahead of Delrico Johnson’s 21. Jeff Wodatch (14), Matt Kerrigan (11) and Troy Holland (11) complete the list of players with a double digit plus/minus so far this season.

This Saturday’s game will be a though test for the Breeze, as they will face the Flyers who were the first team this season to eclipse five wins. At 5-2 and in first place in a stacked South Division, they have also earned a #4 spot in Ultiworld’s AUDL Power Rankings.

This game is also the AUDL Game of the Week on the Stadium Network. Check your local listings or stream the game at this link.