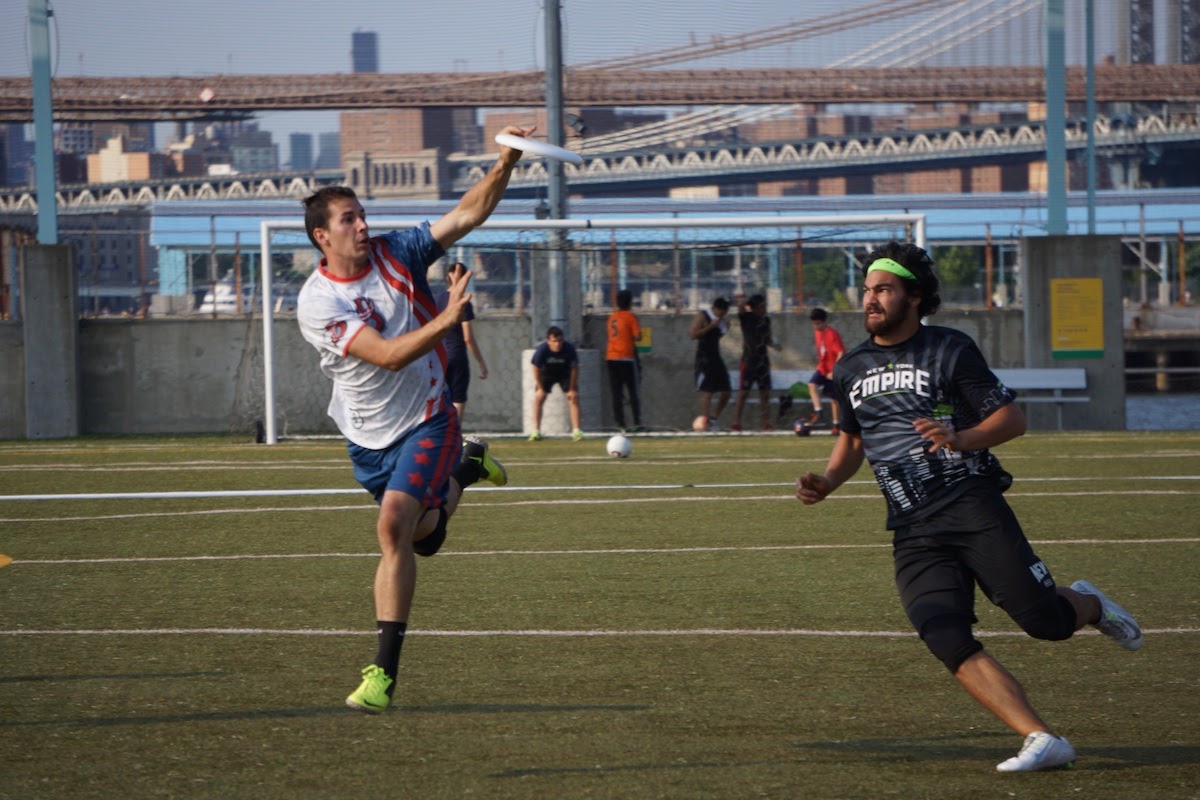 The DC Breeze (1-1-1) look to get back into the win column Saturday night in the Big Apple after recording the team’s first (and the AUDL’s second ever) tie last week in the “City of Brotherly Love.”

DC tied the Phoenix 18-18 last week after lightning delays forced the game to end in a draw. In total there were four rain delays in the contest totaling more than 90 minutes.

“The lightning delays definitely made it hard to get in a rhythm,” said Jeff Wodatch. “Some stuff we did to pass the time were streaming game seven of the Celtics-Bucks series, watching the Georgetown greatest to beat UNCW over and over as there were Georgetown and Wilmington alums in the locker room, flutterguts, trick shots, Rico ate a bunch of pizza, and of course some strategizing for the game.”

Wodatch scored a team high three goals along with Kyle Khalifa, who also tallied three. Wodatch returned after missing the second game of the season against Ottawa.

The Empire are coming off of a 12-point win over Ottawa two weeks ago, followed by an off week. In the rout of the Outlaws, the Empire D-line came up big forcing 23 turnovers with 12 blocks. They also limited Ottawa completions to 93 percent compared to New York’s 96 percent.

Leading the way in the scoring department this season for New York is Ben Jagt with six goals. Internet sensation Marques Brownlee has three goals through one game in his first season with the Empire. Last season, Brownlee played with Philadelphia where he scored 30 goals and 19 assists.

The Breeze swept the season series against New York last season, defeating the Empire all three times. DC was 2-0 at home including a double overtime win, and 1-0 on the road against the Empire. The three meetings were all decided by three goals or less, two of which were separated by one goal. Breeze are 9-8 lifetime against the Empire, winning the last seven contests after falling to 2-8 the first 10 times the teams clashed. Despite the winning streak, the teams really couldn’t be more evenly matched: the last seven wins by the Breeze have been decided by a grand total of 12 goals including five 1-goal victories.

“I'm really looking forward to playing New York,” said Wodatch. “They are always a really fun team to play and I'm sure this game will be no different.”