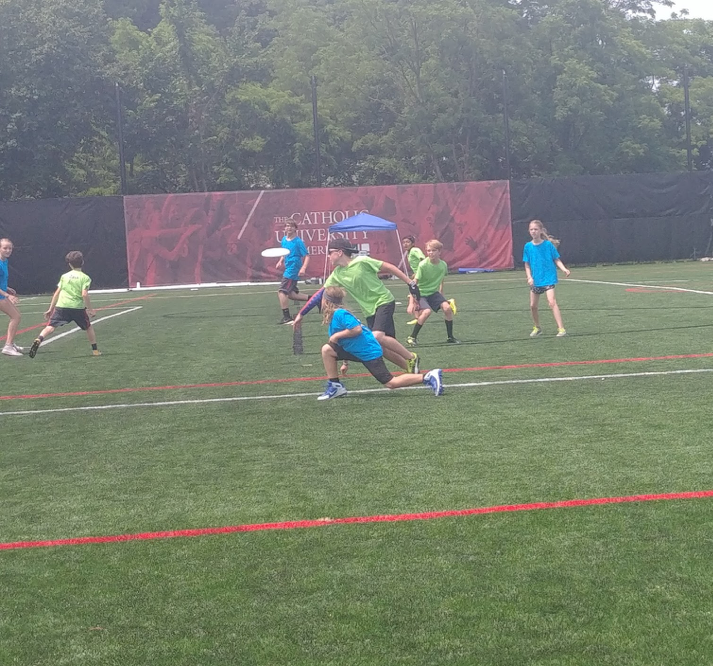 Saturday June 1 was a hot and sunny day at the AUA Disc Cup at Catholic University. Among the avid frisbee fans and parents in tow were 13 teams from across the mid-Atlantic region. No winners were named as it was a “round robin” style tournament, yet everyone brought their fighting spirits.

When asked why he put on a youth tournament on top of having to coach the Breeze in their home game later in the day, Stanley replied “To spread ultimate. If we want high level ultimate to become more professional we need to introduce more people to ultimate." 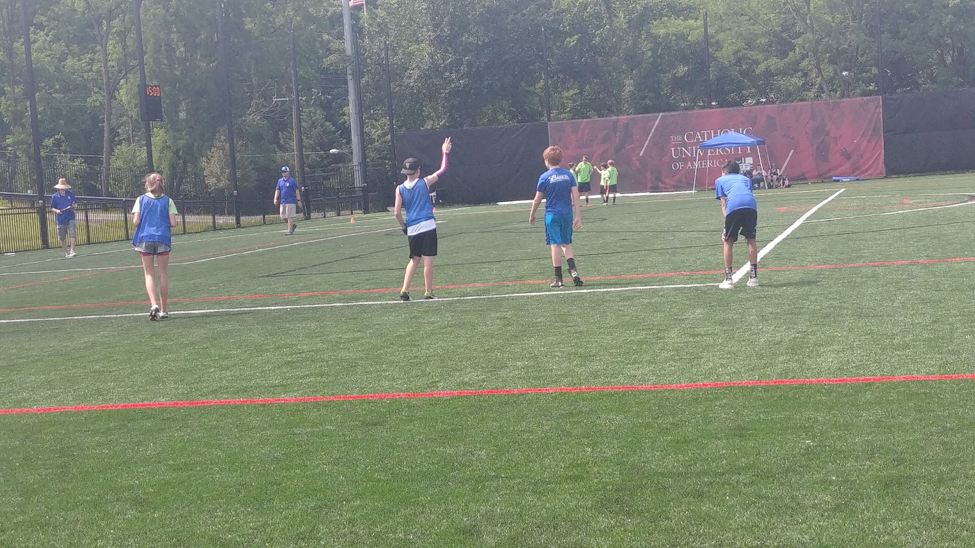 Youth Ultimate league of Arlington (YULA) lines up to receive a pull.

YULA is partnered with Arlington County Public Schools, but is open to Arlington residents attending private and home school as well.

One team that stood out was DC Rec. “This is their first ever tournament”, said McDonell, as he took a break from coaching the squad. 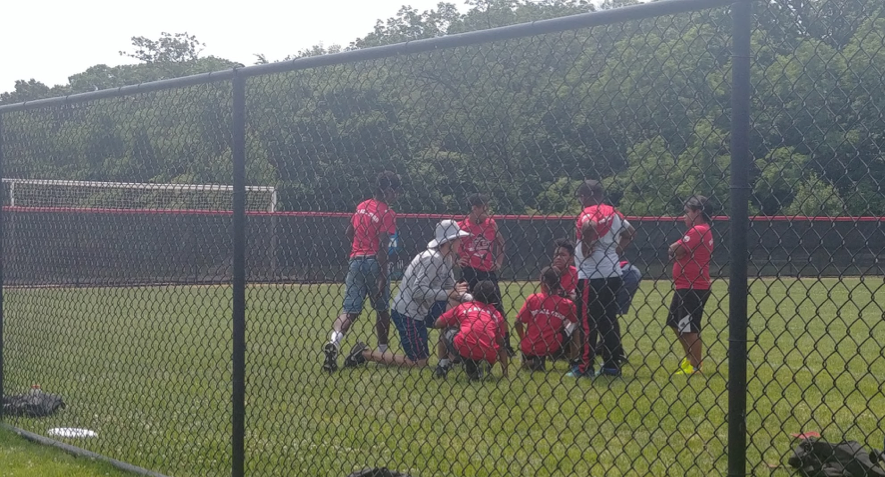 The DC Rec team is comprised of players from four surrounding recreation centers in DC. This program originally started two years ago when the Breeze and AUA hosted a clinic at the Fort Stanton DC Recreation center which later lead to the creation of the AUA summer camp.

“It’s about getting them to like and enjoy ultimate, not so much about winning, especially at this level. There is so much more time to improve.” said McDonell.

AUA continues to expand ultimate in the greater DC area for the next generation of ultimate players.

The tournament ended with a pizza party right at Carlini Field just before the Breeze game vs the New York Empire. All participants recieved free entry to the game, and most stayed to watch the pros. The Breeze couldn’t quite pull of the upset in front of their big home crowd, falling 20-19 to the league’s number one ranked team, but everyone went home satisfied from a terrific day of ultimate.