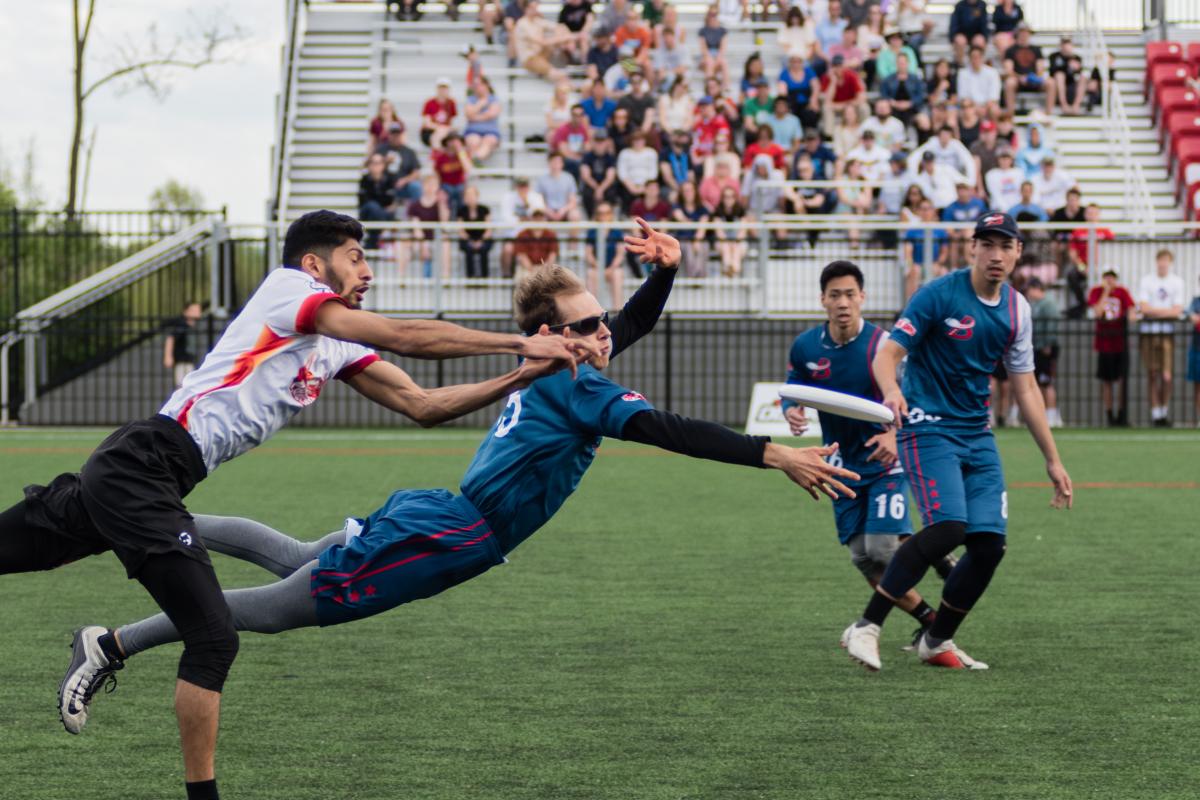 The DC Breeze will wrap up the home portion of their AUDL regular season schedule on Saturday afternoon with an important matchup against the Philadelphia Phoenix. The Breeze (6-4) have a chance to secure a place in the AUDL playoffs if they can top the Phoenix (2-5), who will be desperate to keep their own postseason hopes alive.

DC put itself in position to clinch by picking up back-to-back victories last weekend, including a Sunday afternoon game at Philadelphia. Rowan McDonnell led the Breeze with four goals and five assists in the 21-16 victory. The Breeze won the completion percentage and turnover battles in that game, exhibiting some offensive consistency that could come in handy this Saturday.

Besides just securing a spot in the playoffs, the Breeze also have their sights set on finishing second in the East Division and earning the right to host a first round playoff game. To do that, DC will have to win both this week and on July 6 at the Toronto Rush.

With a win on Saturday, the Breeze would earn a season series sweep over the Phoenix for the first time since 2016. DC hasn’t lost to the Phoenix since 2017, but a rare tie in Philadelphia last season kept the Breeze from sweeping the series that year.

Saturday’s game will also be Fan Appreciation Day at Carlini Field. There will be a number of fan giveaways, including t-shirts for the first 100 fans and Rowan McDonnell MVP photos for all kids under 16, and fans will have a chance to meet the team during a meet-the-players social after the game. As always, tickets can be bought online before midnight Friday night, or at the gate at Carlini Field.

Tickets for June 22, 4pm vs Philadelphia (online until midnight Friday)

Fans should note that opening pull is scheduled for 4 p.m., earlier than most Breeze home games. The contest will also be streamed live on AUDL.tv.