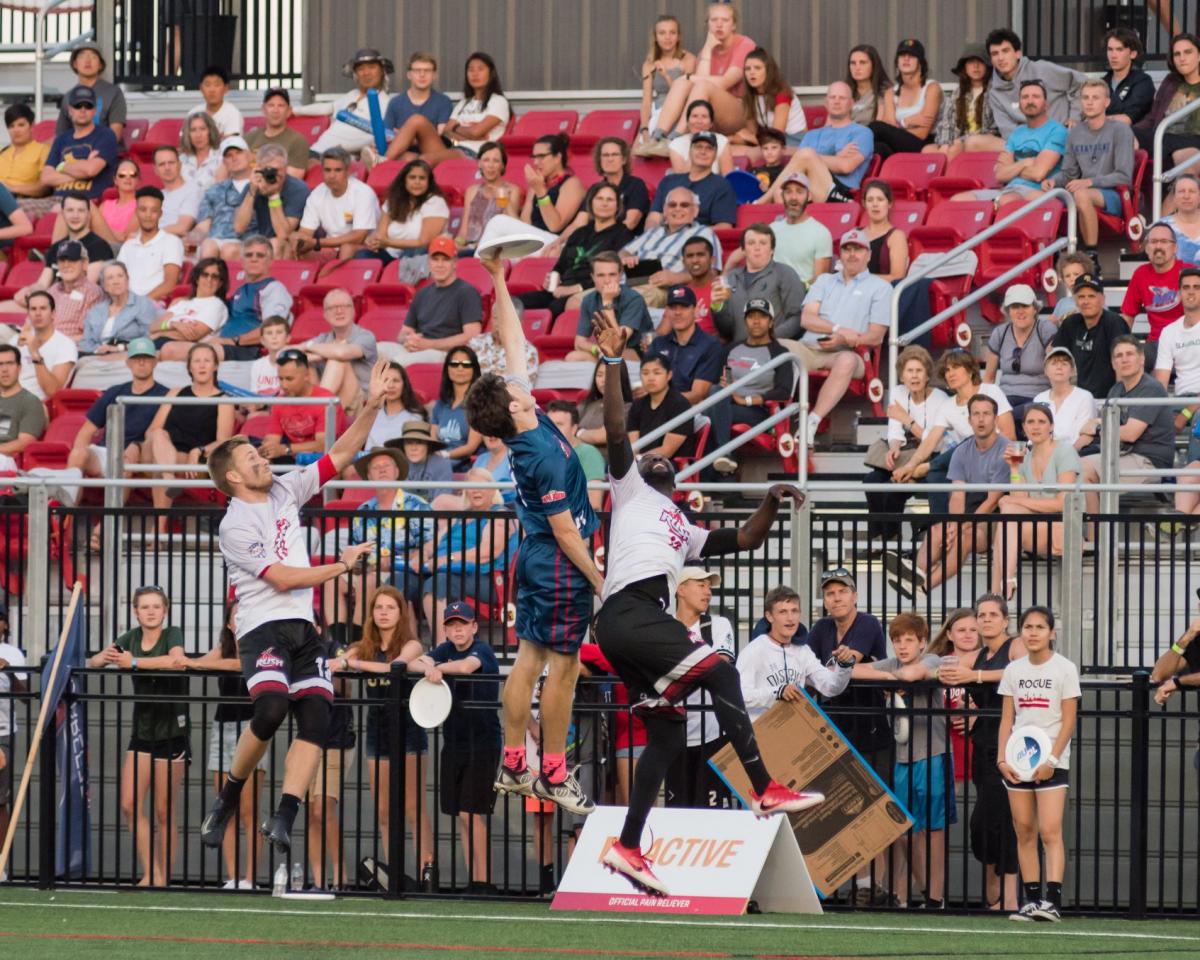 The DC Breeze (7-4) will look to secure second place in the East for the fourth consecutive season with a victory over the Toronto Rush (6-5) this Saturday at 4 p.m. in Toronto. A loss by more than one goal would leave DC tied with the Rush for second at 7-5 and 1-1 head-to-head but behind on the head-to-head goal differential tiebreaker, whereas a one-goal Rush victory would leave the teams dead even on tiebreakers with second place then decided by a coin flip.

Playing in Toronto has long been a struggle for the Breeze, who are 0-10 all-time at the Rush despite beating them several times in DC over the last few years.

The Breeze are also trying to sweep the season series against the Rush for the first time ever, having won the teams’ first meeting of the year, 23-22, on June 15 in the District. Max Cassell had a breakout performance that day with nine goals, but he unfortunately won’t be making the trip to Canada this weekend. Cameron Harris was the Rush’s top contributor in the game with four goals and five assists.

Should the Breeze claim a historic victory this weekend, the door would still be open for the Philadelphia Phoenix to grab the third and final playoff spot from Toronto. The Phoenix would need to win each of their three remaining games, including against the undefeated New York Empire this weekend and a two-game Canadian road trip next weekend. If Philadelphia loses at any point, or if Toronto beats the Breeze this weekend, it will definitely be DC and the Rush in the first round of the playoffs.

Saturday’s first pull is set for 4 p.m. ET from Varsity Stadium in Toronto. Breeze fans can catch the game on AUDL.tv.