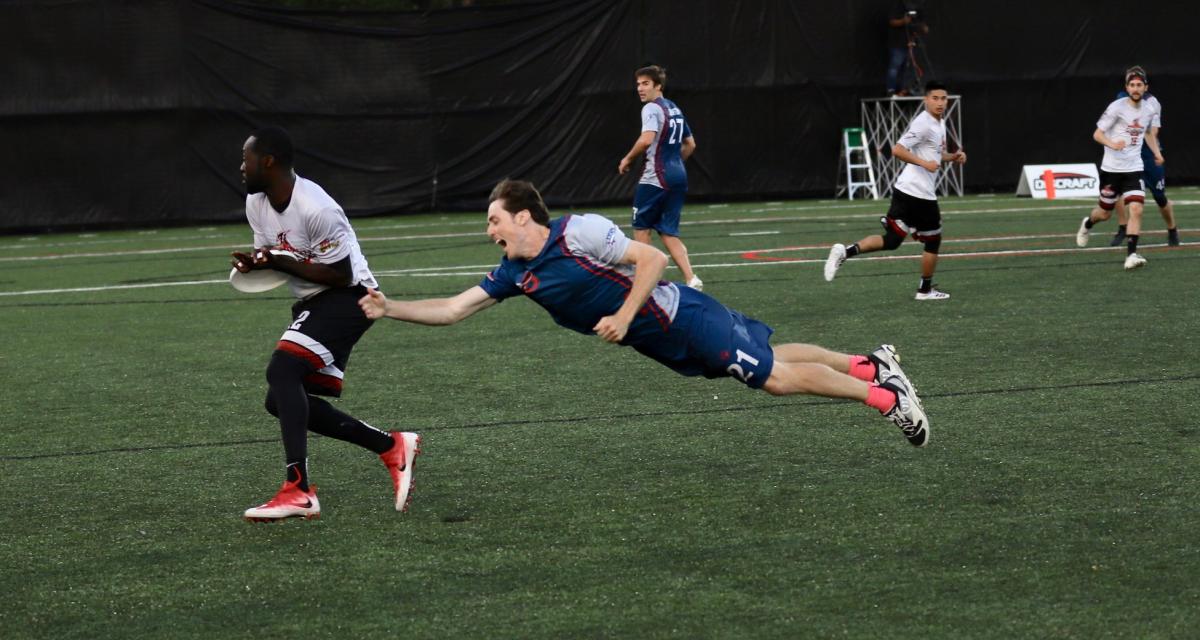 The DC Breeze dropped from second to third place in the AUDL East standings on Saturday with a 26-21 loss at the Toronto Rush, but they will get another crack at their longtime Canadian rivals later this month in the first round of the playoffs.

With a chance to secure second place in the division up for grabs on Saturday, the Breeze (7-5) came up short in a notoriously difficult place to play. Since both teams joined the AUDL in 2013, DC has yet to win in Toronto in 11 tries. The Breeze hung tight with the Rush (7-5) throughout the first half, but couldn’t keep up the pace in third and fourth quarters as Toronto began to pull away.

The first run came right at the beginning of the game, forcing the Breeze to battle their way back to tie it up 6-6 by the end of the first quarter. Jarrod Banks had a goal and two assists for DC in that first period, including a scoring toss to Rowan McDonnell, who notched the final two goals of the quarter to bring the Breeze level.

DC managed to leap out to an 11-9 lead, its largest of the game, partway through the second quarter, but the next Rush run struck late in the period to hand the hosts a 12-11 advantage at the break. In the third quarter, with the contest tied at 13, a 4-0 run put Toronto up 17-13 and left the Breeze to play from behind for the rest of the afternoon.

Finally, with the Rush up 21-18 in the fourth, another 3-0 spurt put the game all but out of reach for the visitors. The result brought an end to DC’s season-longest three-game winning streak.

McDonnell led the Breeze with eight goals, while Nathan Prior chipped in with a team-high five assists. Banks finished his impressive day with a team high +7 plus-minus rating.

Saturday’s result secured a regular season series split between the Breeze and Rush, after DC topped Toronto at home in the teams’ earlier meeting last month. With the teams tied in the standings at 7-5 and tied head-to-head at 1 win apiece for the first tiebreaker, 2nd place was determined by the second tiebreaker of head-to-head goal differential where Toronto prevailed. Finishing second and third in the division behind the New York Empire, the Rush and Breeze are headed to a first round playoff showdown to see who will advance to play New York.

Plans for the playoff schedule remain in the works, and a location for the Breeze-Rush matchup has yet to be determined, but the game will likely take place on Saturday, July 20. Stay tuned to the Breeze and AUDL’s social media channels for updates.