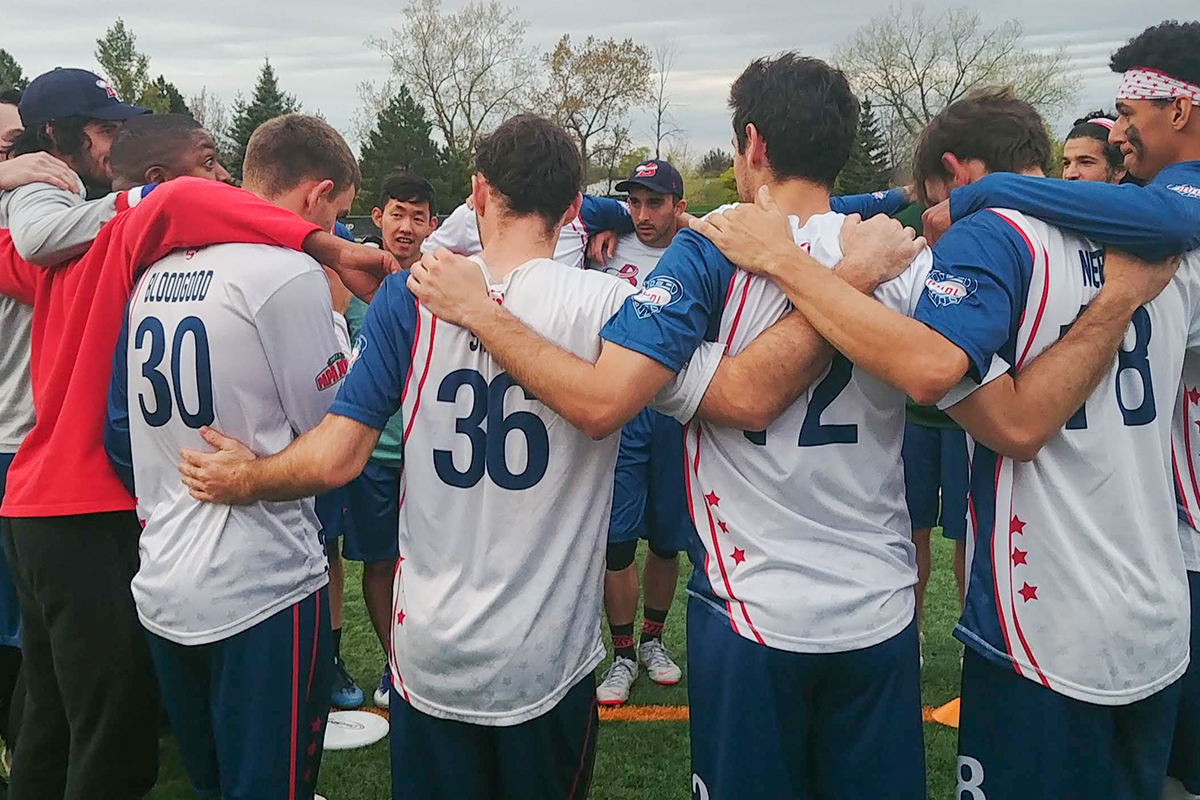 Perspectives on A Two-Game Road Trip To Canada, from the Inside

4:00 AM
I am driving through the greater DC area, the Capital Cup seatbelted next to me as I head toward the rendezvous point to start the 10 hour bus ride to Ottawa. 25 or so other Breeze players and staff are currently working their way to the same spot.

5:00 AM
I step on to the bus and almost step on Rowan Mcdonnell, who has claimed the aisle as his own personal bed. Everyone is asleep before the bus even leaves the parking lot.

10:00 AM
We are awakened and promptly kicked off the bus so the bus driver can refill the gas tank. We congregate in a rest stop where coffee and food gets consumed by sleep-deprived ultimate players.

12:00 PM
It’s not a pit stop in upstate New York if it’s not at Wegmans. Just ask Breeze head coach Darryl Stanley. With the number of times he raved about Wegmans, you would’ve thought it was the Breeze’s biggest sponsor.

12:20 PM
The bus passes an amish man’s pie stand and immediately mutiny erupts. “Tell Ottawa we will be late.” “I don't know Darryl, If I was driving the bus we already would have stopped.”

3:30 PM
We make it to Ottawa. Everyone is clearly upset that Tim Hortons is closed (who wouldn’t be?!), but it doesn’t deter them from the task at hand. Soon we all get into a game headspace as if we didn’t spend the last 10 hours on a bus. We are ready to face the Ottawa Outlaws at MNP Park, Carleton University.

7:00 PM
Watching the Breeze play against Ottawa is a total flip of personalities compared to the goofballs I had seen on the bus earlier today playing Smash or debating Game of Thrones. These are now serious ultimate players who know when to grind and lay it on the line, and they show it all the way to the end of a double-overtime game after 10 hours of travel.

10:00 PM
It’s a heartbreaking loss to Ottawa in 2OT, a bitter reminder of a similar loss to The New York Empire only a week ago. Yet after a solemn but committed group stretching session, the Breeze pack up, shower, board the bus and are once again asleep before it even begins the two hour journey to the outskirts of Montréal.

12:00 AM
Everyone enters the hotel groggy and ready to finally be horizontal. After a few mishaps with some players and staff needing to switch rooms, the Breeze make it to their beds and fall asleep for the night.

8:50 AM
Everyone’s reaction to the wide selection of food at the all-inclusive breakfast buffet was like a 5-year old at Christmas, which I guess isn’t uncommon for hungry ultimate players like the Breeze this morning. 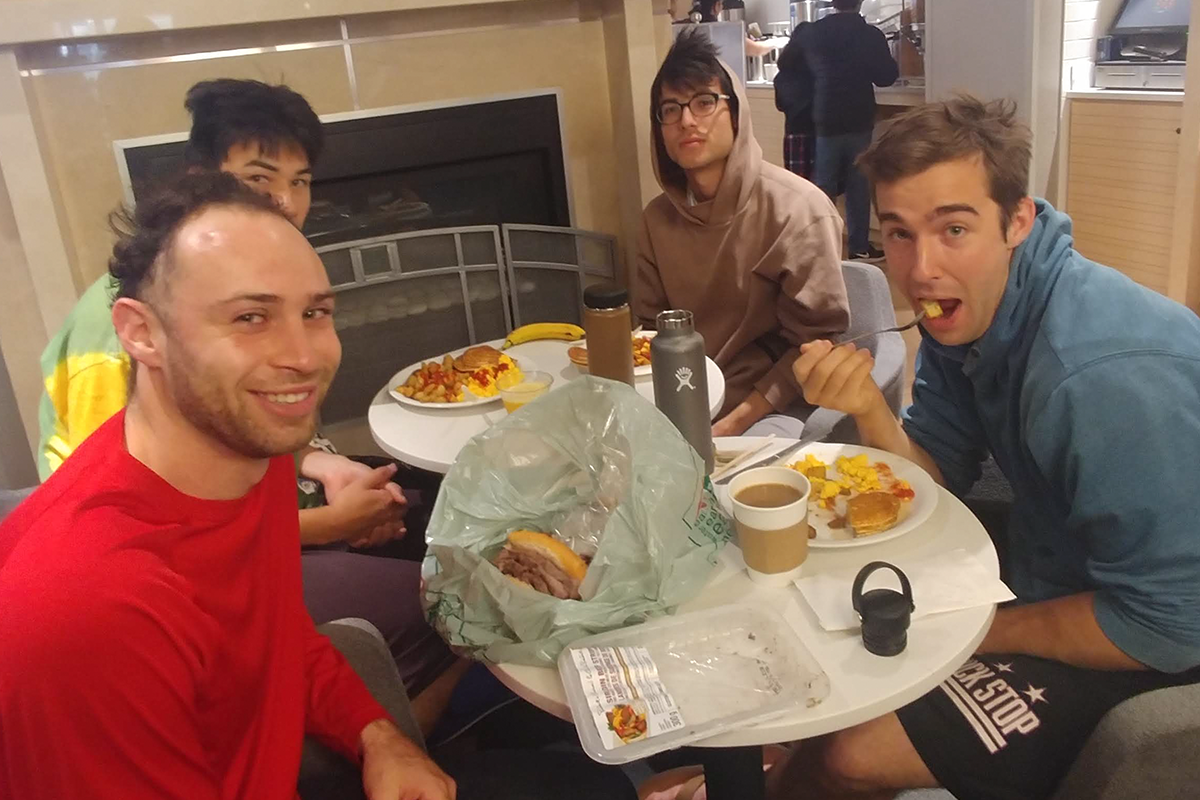 10:30 AM
Well fed and back on the bus, we now head to our next adventure, the battle against the Montreal Royal. This is a game we are expected to lose, but we arrive with high spirits regardless.

1:00 PM
The Breeze take the field as the “underdog,” not only coming off a long drive and a loss the night before, but also because we’re playing against the Royal in their packed home stadium with a crowd rooting against us. And to make us feel even more like outsiders, of course everyone is speaking french! Yet, the players let all this fuel them throughout a grueling game against Montreal. It’s another close one, but this time we come out on top, 20-19.

6:00 PM
Showered, packed, and back on the road, the bus quickly becomes a party scene as everyone is standing in the aisles, switching seats and disregarding basic bus safety for the sake of a good time. The ride back to DC isn’t complete without games, including a riveting, four-hour, three-round game of Mafia. Mafia with the Breeze means yelling, deceit, betrayal, and Darryl Stanley convincing everyone that the innocent are guilty and the guilty are innocent. 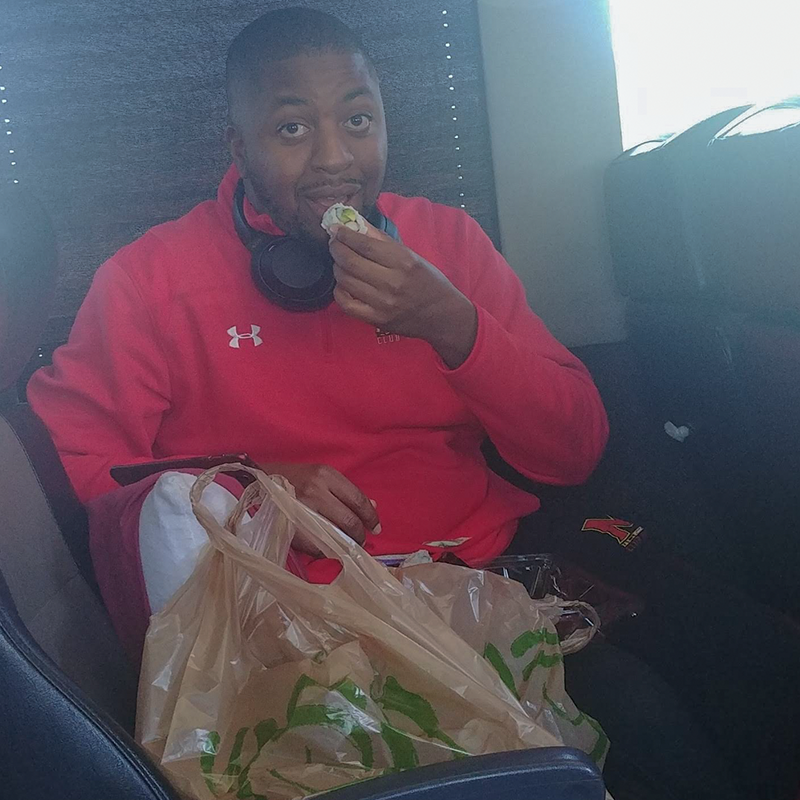 11:00 PM
After everyone’s morals have been tested and trust has been broken time and time again all for the sake of a game, it is time to become friends and teammates again and get to sleep for the remainder of the ride.

3:00 AM
The bus arrives back at the rendezvous point. We say our goodbyes and depart.

4:00 AM
Sore, sunburnt and exhausted 48 hours after it all began, everyone is back home.