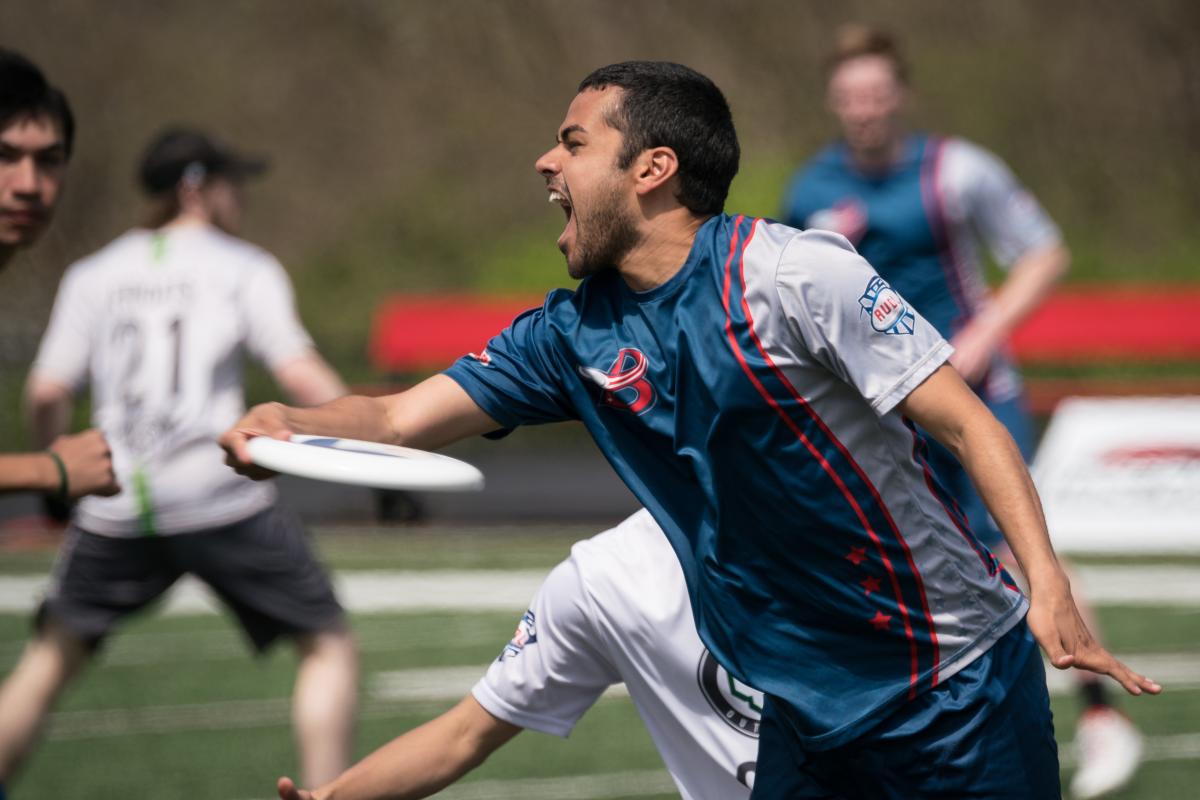 The DC Breeze fully expected to win their game against the Ottawa Outlaws last Saturday evening. They had already beaten Ottawa once this season in a 24-15 blowout, on May 4 in DC. Spirits were high stepping off the bus in Canada, so much so that it almost felt like the game had already been won.

When the game started it was clear this was not the same Ottawa team the Breeze played a couple weeks earlier. With point matching point as the game progressed, it became increasingly clear that the Breeze had their work cut out for them.

Even through the grueling points, the team never lost the positivity from the bus hours before. There was no shortage of sideline support as Danny Krug yelled “Get it back Breeze!” Even when points were lost, they still highlighted all the good moves over the mistakes.

Frustrations grew as the Outlaws and Breeze went into the first overtime, but even when teammates were frustrated on the sidelines, they still managed wave after wave of support.

But the positive attitude could only last so long. A second brutal, double-overtime loss in as many weeks was too much.

“After the team huddle broke, we all stayed at the field—reflecting, stretching, and starting to fill up the mental energy tank again [but] we also knew we left our opportunities on the table,”  Cody Johnston told Evan Lepler in this week's Tuesday Toss.

Everyone was physically and mentally exhausted, and the two hour ride to Montréal was quieter than usual. But when the Breeze reached their hotel near Montréal, a few jokes were heard in the lobby and everyone seemed happy to just get to sleep and stop ruminating the loss.

Spirits were high the next morning as if yesterday had never happened. Everyone was well rested and happily eating a continental breakfast, excited and ready to play frisbee again.

But the odds were stacked against them. Losing the first game of a back to back to a team they outranked was not a good start to a weekend where they now had to play against the Montréal Royal, a team they hadn’t beaten since 2017 and celebrating its 2019 home opener.

Yet, the Breeze built on the team chemistry and positive momentum they had worked through overnight and eventually prevailed in the Sunday contest. This one didn’t go to double overtime for a third night in a row, but it was another one-point nailbiter that wasn’t decided until the final seconds as the Breeze took it 20-19.

The Breeze took their Saturday loss in stride on the longest road trip of the year, and then they banded together for a huge, unexpected win over a tough Royal team Sunday afternoon. The way this weekend played out, an even split felt like a win-win.

The Breeze return to the field at home this Sunday in a rematch against the same Royal squad. Get tickets here.