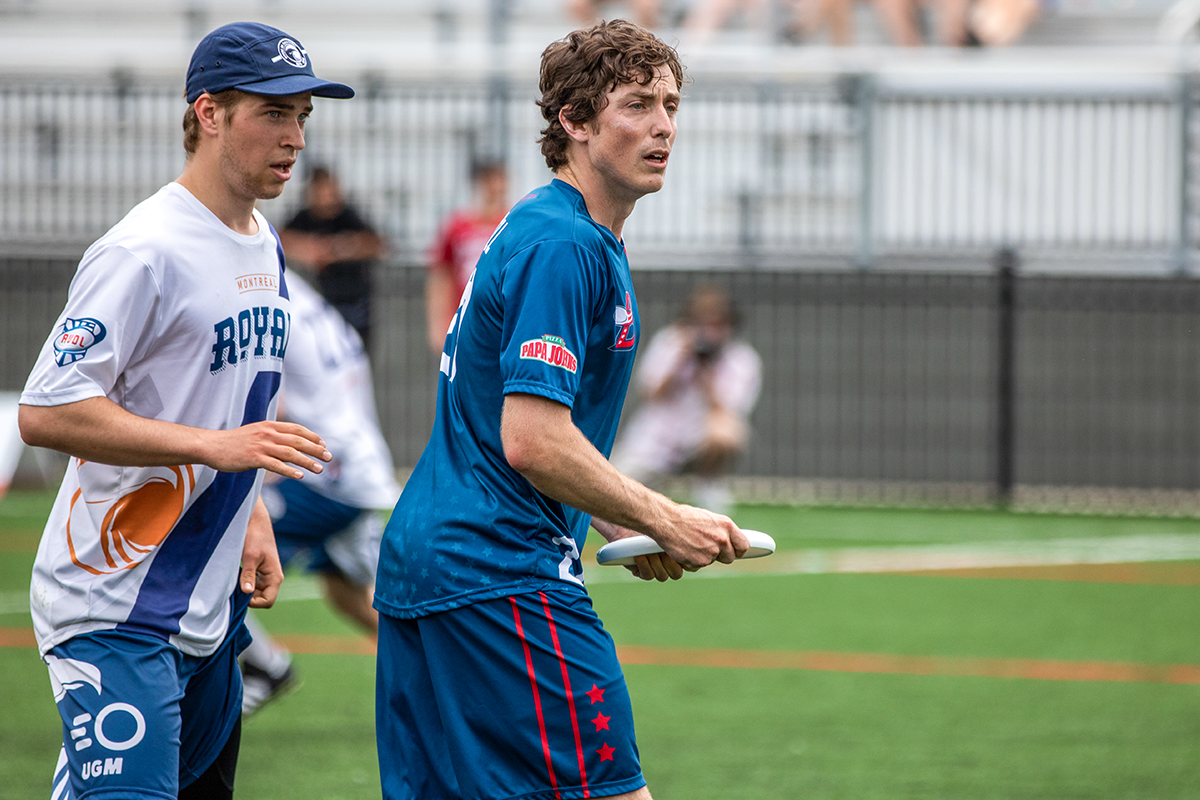 On a blistering hot Sunday afternoon at Carlini Field, the DC Breeze picked up their second win in as many games against the Montreal Royal, improving to 4-3 overall on the season in a 27-17 victory.

After a narrow 20-19 win in Montreal on May 19, the Breeze turned in a much more dominant effort in front of a home crowd to sweep the season series against the Royal. The sharp difference in the outcomes of the two games could be explained by the two teams’ road trip schedules. While the Breeze were dealing with the second leg of a long, two-game trip during the teams’ first meeting, it was Montreal who faced that challenge this time around.

Both offenses increased their point totals from the first quarter to the second, but it was the home team who took advantage most, extending the lead to 16-10 by halftime behind three second quarter goals from Rowan McDonnell and two from Max Cassell. DC did not let up as the second half began, opening the third quarter on a 4-1 run and eventually expanding the lead to 23-13.

The fourth quarter was the least eventful in terms of scoring, with the Breeze and Royal holding serve for four points each to end the game. McDonnell finished the game as the Breeze’s leader in both goals and assists with five each.

The 27-17 final score is DC’s largest margin of victory so far this season, and it keeps the Breeze solidly in control of the third and final playoff spot in the East Division.

At 4-3, the Breeze now sit half a game behind the second-place Toronto Rush and a full game ahead of the Philadelphia Phoenix, who have played two fewer games than the Breeze. The Royal, who beat the Phoenix on Saturday before continuing south to Washington, finished the weekend 1-4 after splitting their two-game trip.

The next two games on the Breeze schedule are critical to the team’s hopes of securing a top two spot in the division and a home playoff game in the District. DC will host the two teams ahead of them in the standings over the coming weeks, with the undefeated New York Empire paying a visit on June 1 followed by the Toronto Rush visiting the District on June 15. The Breeze have yet to lose at Catholic University’s brand new Carlini Field, and will be looking to continue their home success while also making a jump in the standings.